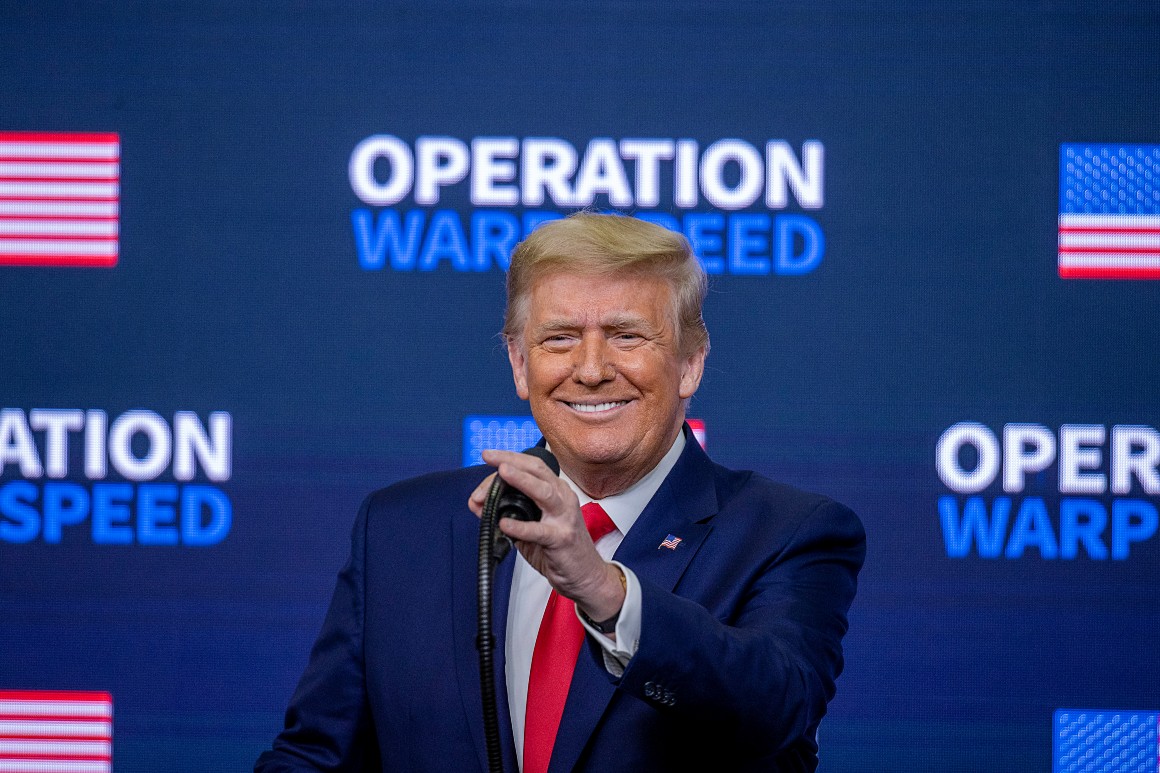 The Trump administration’s decision to release all available doses, rather than reserve half for second shots of a two-dose regimen, comes days after the Biden transition team said it would do so upon taking office. Biden also said he will release a broader vaccination strategy on Thursday, as he aims for 100 million vaccinations in his administration’s first 100 days.

Should there be a disruption in vaccine manufacturing, newly available doses would be prioritized for booster shots for people who have already received their first dose, a senior Trump administration official said. People receiving the Pfizer vaccine are supposed to receive their booster shot three weeks later, and the wait is four weeks for those receiving Moderna’s.

As of Sunday, the United States has 38 million coronavirus shots, and about 25 million of those have been delivered to states so far, the official said. About 9 million people have received their first dose as of Monday, according to Centers for Disease Control and Prevention data. That’s far behind expectations set by federal health officials, who aimed for 50 million vaccinations by the end of January, though the pace has quickened in recent days.

Governors have also faced mounting criticism for being too prescriptive over who can get vaccinated, leading to shots sitting on shelves. Many states initially followed federal guidelines to vaccinate frontline health workers and nursing home residents and staff first, but as states struggled to vaccinate those groups, more states have expanded eligibility to people 65 and over.

For months, states warned that they didn’t have enough money to scale up the largest vaccination effort in U.S. history. They pleaded with the federal government and Congress for more funding, so they could create educational campaigns, boost staffing and IT infrastructure, and set up mass vaccination sites where people could safely receive shots.

Lawmakers included nearly $9 billion for state vaccination efforts in their year-end coronavirus relief package, but the money is coming too late to speed up the initial phase of vaccinations.

The Trump administration is also planning to accelerate a plan to begin offering coronavirus shots in pharmacies, first reported by POLITICO. The federal government could also deploy personnel to states to do mass vaccinations if requested, Azar said.

The vaccination effort “has been overly hospitalized so far in too many states so we have the vaccine, the demand is there. We need to get these orders,” Azar said.

How Biden’s Administration Is Prioritizing The…

Deborah Birx: ‘Parallel set of data’ on Covid-19 was delivered to…