Trump team to launch defense as trial barrels toward a close 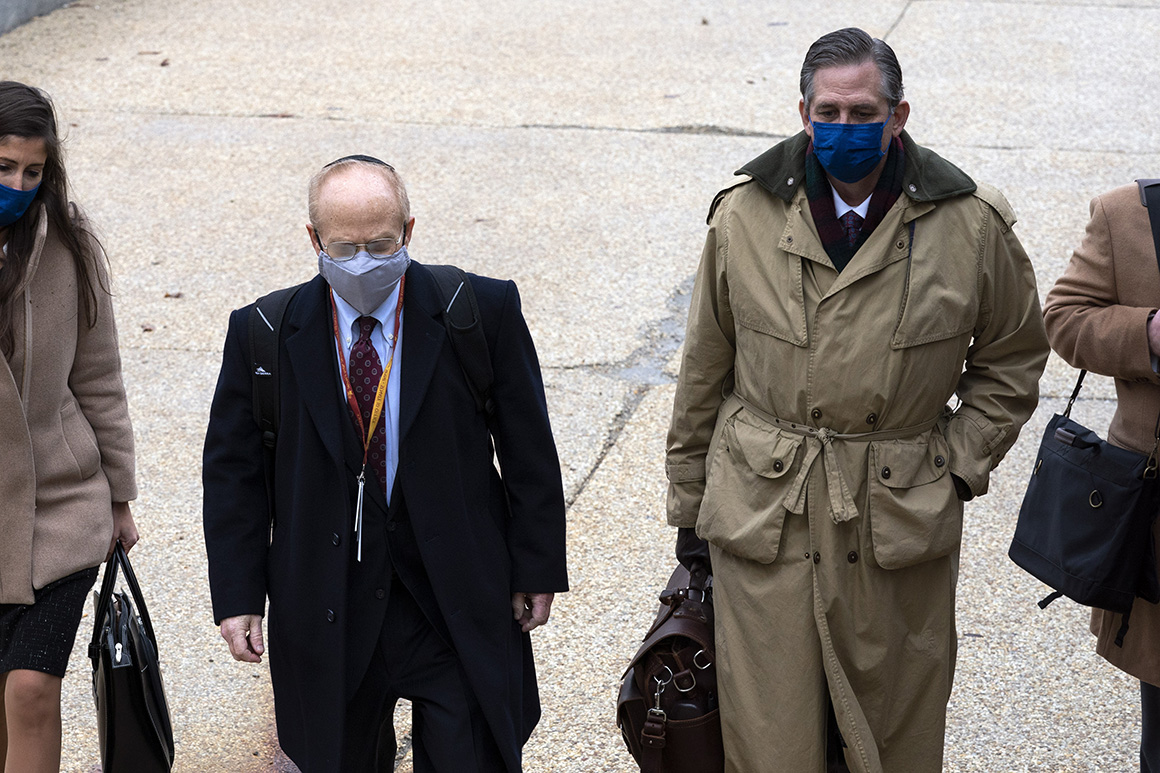 “The evidence they have under no circumstances would make out a case for incitement,” Schoen told reporters Thursday night.

The former president’s lawyers are also expected to double down on their view — shared by a majority of Republican senators — that the Senate has no constitutional authority to put a former president on trial for impeachment charges. The Senate earlier this week, however, voted that the impeachment trial is constitutional. And the defense is expected to air clips from Democrats making objectionable remarks about Republicans over the years to contrast them with Trump’s.

The Trump team’s arguments come as the former president’s second impeachment trial is barreling toward a rapid close — perhaps as soon as Saturday. The House charged Trump with a single count, incitement of insurrection, last month and rested their arguments on Thursday afternoon.

Republican senators praised the House managers’ presentations earlier this week, but most have said their positions were unchanged. Barring an unexpected development, Trump is almost certain to be acquitted, with just a handful of GOP senators joining Democrats to vote to convict Trump.

Castor and Schoen are expected to use just four of the 16 hours allotted to them for their opening arguments, and the Senate is likely to proceed immediately to a four-hour session in which senators can ask questions to the House managers and the defense team. That would leave a four-hour block of closing arguments for Saturday, followed by a potential deliberation period and a final vote later in the day.

The House impeachment managers have worked to preemptively rebut the defense team’s arguments.

“They really believe that the logical conclusion of the law is that a president who has lost an election can incite mob violence, can direct his followers to ransack the Capitol, to stop the peaceful transfer of power and there is nothing the United States Senate can do about it,” a senior aide to the impeachment managers said.

One possible decision that could extend the trial would be if the House’s nine impeachment managers decided to call witnesses. Democrats have largely indicated that they don’t believe they need additional witnesses to bolster a voluminous record that proves Trump’s link to the violence at the Capitol, and his unwillingness to intervene to mitigate the violence once it began.

But throughout their arguments, opportunities to wring new information that might support key details — like when Trump learned that Pence was in danger — repeatedly became evident. Sen. Bill Cassidy (R-La.), one of the few GOP senators who has indicated openness to conviction, made clear that this is a specific area he’s interested in learning more about.

Aides to the impeachment team repeatedly declined Friday to say whether they would request witnesses, but one emphasized that the managers are prepared to answer questions from senators about recollections from potential witnesses whose accounts could buttress their case.

Assuming the managers opt against making motions for witness testimony, Saturday’s session will include two hours of closing arguments for each side, followed by deliberations and then a vote on whether to convict Trump of the impeachment charge against him.

Though Trump is widely expected to be acquitted — and Republican senators repeatedly emphasized that the House’s presentation didn’t move them enough to convict — one of the most enduring mysteries of the trial is how Senate Minority Leader Mitch McConnell will vote. He has studiously avoided tipping his hand, though he has said Trump provoked the mob.

Trump’s legal team huddled Thursday with some of the former president’s close Senate allies, including Sens. Lindsey Graham, Ted Cruz and Mike Lee. Cruz said he used the meeting to offer advice to Trump’s team on how to present its most effective case to the Senate.

“I think it is always good for the trial to be conducted with the best arguments possible and to the extent that I had any thoughts or insight on how to do so I certainly wanted to share,” he said.

To All the Boys I’ve Loved 3: How to Dress Like Lara Jean