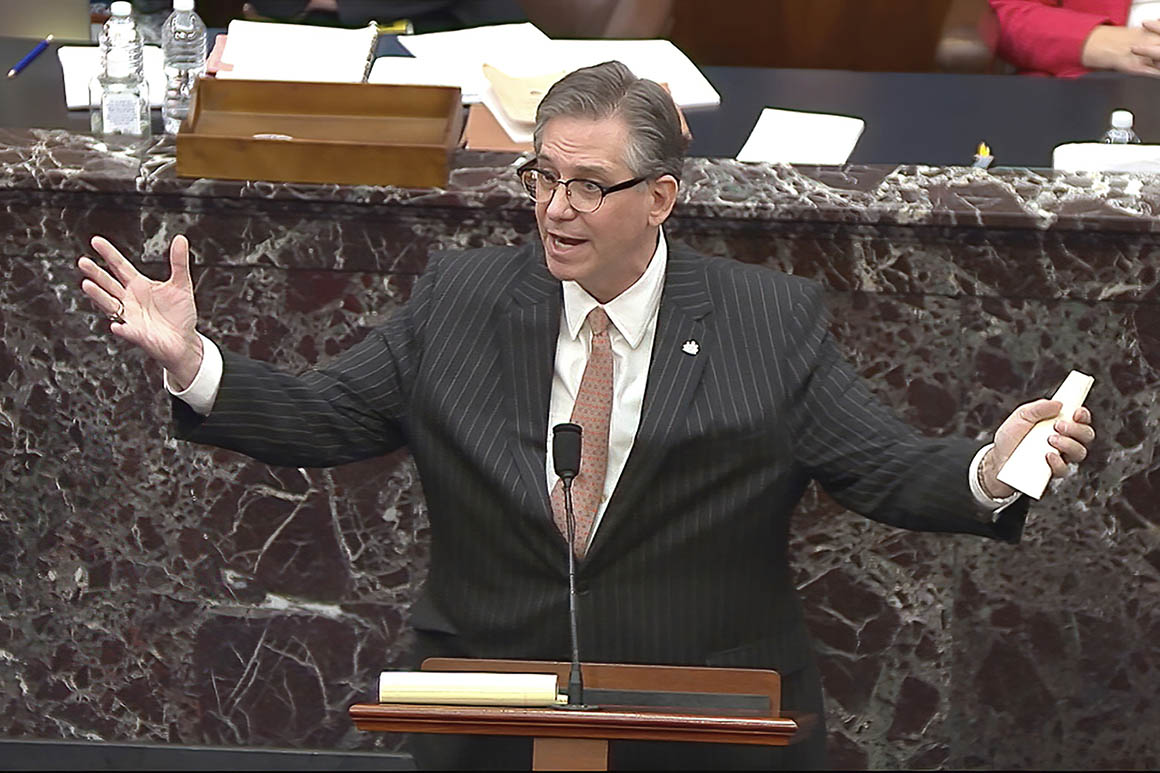 Bruce Castor, an attorney for former President Donald Trump, speaks during the second impeachment trial of Trump in the Senate at the U.S. Capitol on Tuesday. | Senate Television via AP

“You will not hear any member of the team representing former President Trump say anything but in the strongest possible way denounce the violence of the rioters and those that breached the Capitol,” Castor said.

In a meandering statement, Castor also denied Trump’s culpability in the Capitol riot by evoking the former president’s right to free speech. Castor said if the Senate were to convict Trump, “the floodgates will open.”

GOP pushes Murkowski to stay in line against Biden’s Covid…

China has UPPER HAND if war breaks out with USA –…

GOP pushes Murkowski to stay in line against Biden’s…

Martin Lewis asks Rishi Sunak if he could ‘live on…