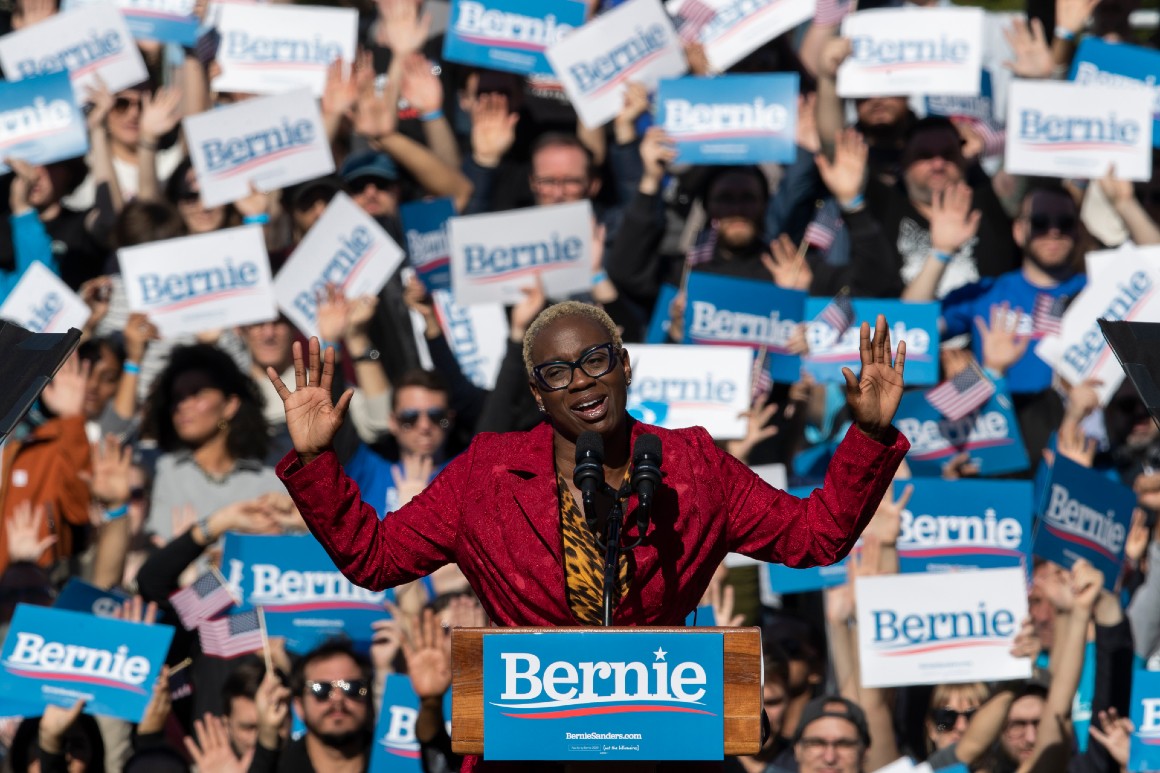 “Nina will bring a phenomenal commitment to a $15 minimum wage, Medicare for All and free public college. I am all in for her,” said Khanna. “This is an endorsement of conviction. I will be emailing my list, raising money and mobilizing volunteers.”

Our Revolution executive director Joseph Geevarghese said the organization has more than 16,000 supporters in Ohio “who are ready to do the phone-banking, texting, and door-to-door canvassing” for Turner.

Rapper Killer Mike and actor Danny Glover, who both campaigned for Sanders, are also backing Turner, and the musician is going to push for her on Instagram, Turner said in an interview. Charlamagne tha God, the co-host of the popular radio show “The Breakfast Club,” is also getting behind her, she said.

The boost from high-profile elected officials and artists could help fuel a money surge for Turner, whose fans are hoping she’ll come out of the gate with impressive fundraising numbers in the opening days of her special election race.

Sanders is likely to endorse her at some point in the future as well, and on Monday said that “I think she is going to run and I think I am going to be supporting her.”

Turner, a former top surrogate and campaign co-chair for Sanders, announced this afternoon that she is running for the Cleveland-based 11th House District. Biden last week nominated Rep. Marcia Fudge (D-Ohio), who currently occupies the seat, to serve as his Housing and Urban Development secretary.

A number of other Democrats are expected to throw their hat in the ring for the rare chance at an open congressional seat. Shontel Brown, the leader of the Cuyahoga County Democratic Party — whom Fudge supported when she ran for that post — has said she is running if the Senate confirms the congresswoman. Because the district is heavily Democratic, the winner of the primary is all but certain to carry the general election.

Another candidate, former Cleveland city councilman Jeff Johnson, has already taken a shot at Turner, suggesting that the progressive wouldn’t work with Biden if elected. Turner was a fierce defender of Sanders during the primary, and criticized Biden in a January op-ed as someone who has let down Black voters, citing his former treatment of Anita Hill and relationship with segregationists. Even after Sanders dropped out, she likened voted for Biden to eating half “a bowl of shit.”

In an interview Monday, Turner defended her bonafides as a Democrat, noting that she served as a Democratic Cleveland city councilwoman, state senator and delegate for former President Barack Obama, and is a member of the Democratic National Committee.

“Trying to make the Democratic Party better and insist very strongly that it answers to the cries of the people — to me that’s what being a Democrat is, not just going along to get along,” she said. “The partnership between President-elect Biden and Vice President-elect Kamala Harris shows that people can have their differences. … [She] called out the vice president on his record on race with substance — very strongly, she did — and look at their partnership now.”

Turner also stressed that she is a “daughter of Cleveland” and said she would campaign on single-payer health care, direct payments for coronavirus relief, a $15 minimum wage, student loan debt cancellation, and free college and trade school. She said she agreed with Sanders that the bipartisan coronavirus aid bill, which does not include direct payments, is inadequate and should be rejected.

A date for a special election will be set once Fudge officially steps down.