‘They are, in effect, supporting racism’: Black leaders zero in on Dems’ filibuster holdouts 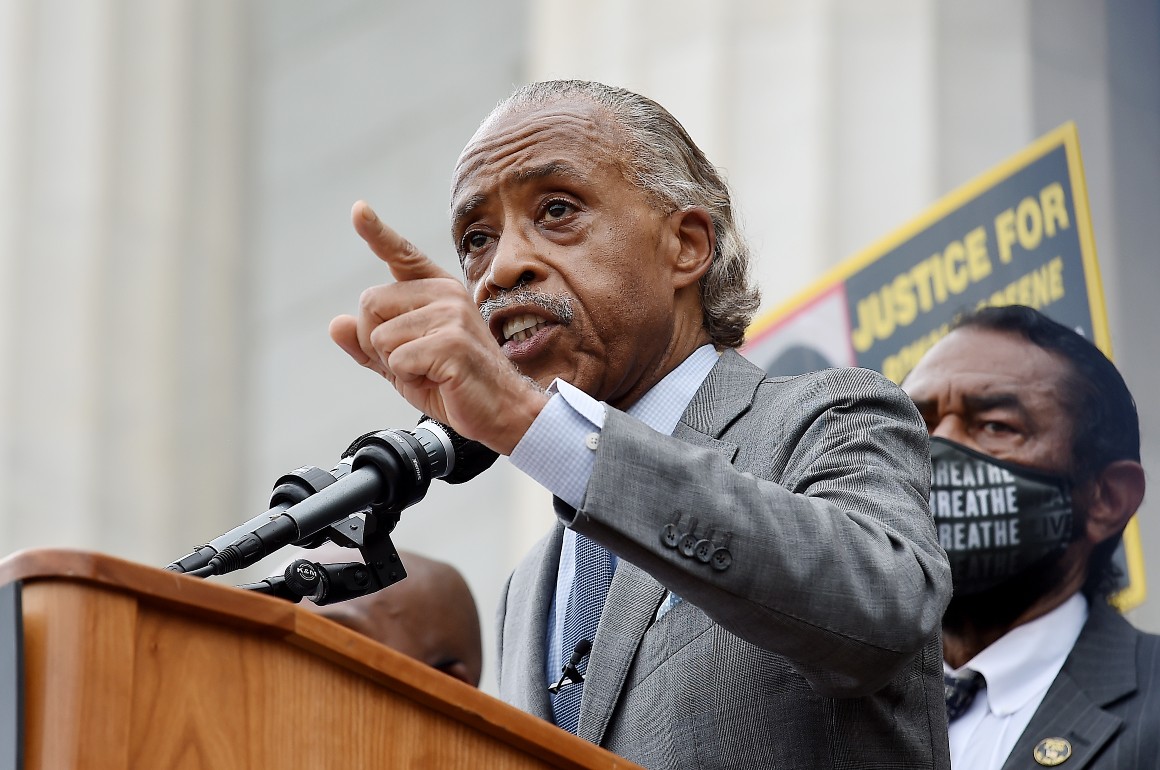 “The pressure that we are going to put on Sinema and Manchin is calling [the filibuster] racist and saying that they are, in effect, supporting racism,” Sharpton said. “Why would they be wedded to something that has those results? Their voters need to know that.”

Manchin remains one of the key votes on any voting rights legislation, like he is for most of the Democratic Party’s agenda in the Senate, where they hold just 50 votes. But he is being targeted specifically by voting rights advocates because he remains the only Senate Democrat not to sign on as a co-sponsor of the For the People Act — which would drastically transform nearly every aspect of the American electoral system, from campaign financing to how elections are conducted.

Manchin said on Wednesday that he wanted to see both parties “come together” on the bill, telling reporters that while there were so many good things in the proposal, “we should not at all attempt to do anything that will create more distrust,” in the election process. And in an interview with The Wall Street Journal, Manchin, who co-sponsored the same bill in the last Congress, suggested the package should be focused just on voting rights, which would likely mean shedding sections on everything from campaign finance to lobbying ethics.

Hailing from a conservative state, the senator may welcome the idea of progressive activists targeting him. Nevertheless, Sharpton’s remarks reflect the more intense, personalized push set to come targeting Democratic holdouts on voting rights bills. The longtime civil rights advocate and television personality said that Democrats are deploying a “risky strategy” by not pushing rules reforms to pass such legislation. Civil rights leaders, he warned, might have less reason to help generate enthusiasm and turnout in the 2022 midterm elections without being able to point to actual laws Democrats passed.

“Many of us and certainly all of us in the civil rights leadership are committed to policies and laws and causes, not to people’s political careers. We’re not into that. We want to change the country,” Sharpton said. “And if there is not feasible evidence that we’re doing that, it is not in our concern to be aggressively involved.”

Color of Change President Rashad Robinson echoed Sharpton’s warnings, saying Democrats risked turning off community validators like his group that are instrumental in getting people of color to the polls.

Lawmakers and advocates have increasingly recognized that any voting rights-centric legislation — like the For the People Act or the John R. Lewis Voting Rights Act, which was named after the late civil rights crusader and would restore preclearance key provisions of the landmark Voting Rights Act of 1965 — cannot pass in an evenly divided Senate that maintains the filibuster, since Republicans remain united in opposition to the bills.

Senate Minority Leader Mitch McConnell refused to let either bill see the floor when he controlled the Senate. And during Wednesday’s hearing on the For the People Act — known as H.R. 1 or S.1 — Republicans on the Senate Rules committee, including McConnell, lit into the bill.

Facing that GOP opposition, activists have called for scrapping the filibuster entirely, or for creating a carve-out specifically for voting rights legislation. Though Manchin has previously dismissed a filibuster carve-out for voting rights on grounds that it’s like “being a little bit pregnant,” activists hope it can win over Democratic senators who are uneasy with entirely blowing up the Senate rules.

“I fundamentally believe that Congress alone has the ability to create a unified threshold for democracy in our country,” Georgia Democrat Stacey Abrams said in an interview. “I believe there needs to be a carve-out, an exemption, a suspension of the filibuster.”

There are PR disasters … and then there’s whatever the heck happened with AstraZeneca this week.

Abrams and others argued that the current exemptions to the filibuster — from Supreme Court nominations to the use of budget reconciliation — and efforts of Republican state legislators to introduce restrictive voting laws opens the door for a voting rights exemption as well. “This is not new,” she said. “I believe that there is both exigency and there is a precedent for creating this [filibuster] carve-out in order to protect democracy.”

The same urgency expressed by those in the activist world has, in recent weeks, been picked up by prominent Black Democratic elected officials. Sen. Raphael Warnock (D-Ga.), one of two Black Democratic senators, devoted his maiden floor speech last week to talking about voting rights and said a “Senate rule” should not stand in the way of them. He also raised the issue of the filibuster with President Joe Biden on a call with Senate Democrats Monday evening.

Democratic Rep. Terri Sewell (D-Ala.), the lead sponsor of the John Lewis Voting Rights Act, said at a briefing hosted by the Southern Poverty Law Center last week that Democrats needed to be “prepared to maybe do away with the filibuster” to pass it in the Senate.

Former President Barack Obama also called for the filibuster to be scrapped when eulogizing Lewis last year, decrying it as a “Jim Crow relic” that stood in the way of protecting voters.

“He speaks with a powerful voice,” Abrams said of Obama. “And when he was able to call out and emphasize its importance at the funeral of our nation’s strongest defender of voting rights, I believe he should be heard.”

Increasingly, prominent Black activists and lawmakers have tied keeping the filibuster to the era of Jim Crow segregation and other racist institutions in America. It is, they say, fundamentally a block on the power of Black Americans throughout the country.

“I said that to the Biden administration and said it to the Democrats, you cannot be serious about dealing with racism, and then you don’t get living wages done. And you’re never gonna get living wages done … and health care if you don’t push and fight against voter suppression,” said Rev. William Barber II, who led “Moral Mondays” protests in North Carolina, calling voting rights and economic empowerment “inextricably bound together.”

If you can’t support getting rid of the filibuster, Barber added, “Don’t tell me you love John Lewis. John Lewis wanted living wages, and he wanted voting rights.”

Georgia Congresswoman Nikema Williams, who represents the district once held by Lewis, hasn’t said whether the Senate should outright get rid of the filibuster. But she is hopeful that Congress will pass voting rights legislation. She points to Republican state legislators in her home state of Georgia who have pushed back on proposed restrictive changes to election laws in the Peach State as reasons for optimism.

“I am convinced that there will be some fair minded people here in Washington that will see that democracy supports both parties,” Williams said. “This isn’t about partisanship, this is about the foundations of our democracy in this country.”

And while many Democrats are certain that this choice between maintaining the filibuster and passing voting rights will have to come, they are open to the possibility that another piece of legislation may trigger rules reform first. After another series of mass shootings in America, and some Democratic senators who have been hesitant to completely scrap it have called for a gun control carve-out as well.

Wednesday brought the latest green shoot of progress on the pro-reform front. Sen. Angus King (I-Maine), who has been hesitant to call for changes to the filibuster, wrote in an op-ed in The Washington Post that voting rights are “a special case,” and that the fate of the filibuster will largely come down to whether Republicans “are willing to work to find compromise.”