‘There’s a job to be done’: New Zealand’s leader explains success against Covid-19 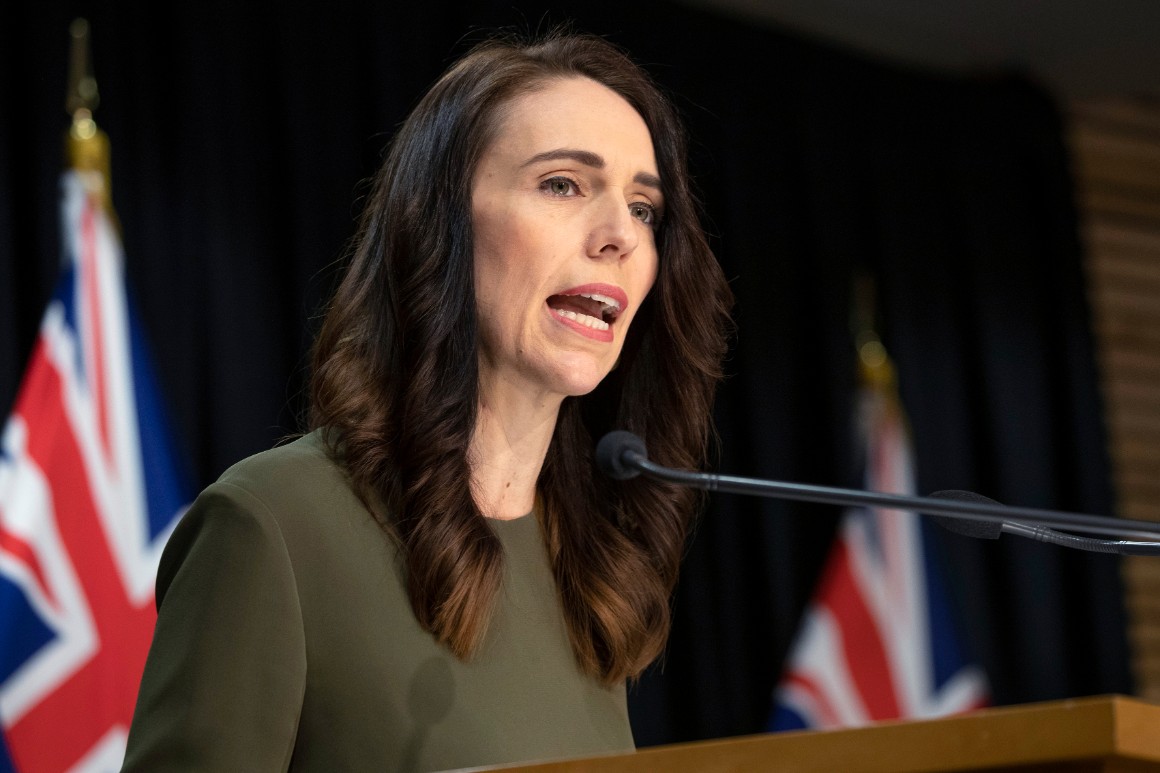 “Was angry the word?” Ardern said, reflecting on Trump’s comments. She said while the new cases were deeply concerning, “to be described in that way was a misrepresentation of New Zealand’s position.”

The White House did not immediately respond to a request for comment.

New Zealand’s response to the virus has been among the most successful, together with actions taken by China, Taiwan and Thailand early on in the pandemic. The country of 5 million has counted just 25 deaths and managed to stamp out the spread of COVID-19, allowing people to return to workplaces, schools and packed sports stadiums without restrictions.

When the virus began hitting Europe early in the year, Ardern said, the only two options countries were considering were herd immunity or flattening the curve. She opted for the latter.

“Originally, that’s where we started, because there just simply wasn’t really much of a view that elimination was possible,” she said.

But her thinking quickly changed.

Ardern said she didn’t worry that elimination might prove impossible, because even if New Zealand didn’t get there, the approach still would have saved lives.

“The alternative is to set a lesser goal, and then still misfire,” she said.

Border closures and a strict lockdown in March got rid of the disease, and New Zealand went 102 days without any community spread. But then came the August outbreak in Auckland, which remains unexplained but likely originated abroad.

“We thought we were through the worst of it. And so it was a real psychological blow for people. And I felt that, too. So it was very, very tough,” Ardern said.

She said they’d modeled different outbreak scenarios but the one that eventuated “was about the worst that you could even possibly imagine.”

That’s because the outbreak had spread across multiple groups in densely populated areas, she said, and some who caught it had been attending large church gatherings. But after a second lockdown in Auckland, New Zealand again stamped out the disease.

Ardern said she felt confident about her responses despite sometimes feeling a touch of imposter syndrome in her role as leader.

“You just have to get on with it. There’s a job to be done,” she said. “Any self-doubt I ever have, just as a human being, doesn’t mean that always translates into doubt around what needs to be done.”

Two months after the second outbreak, Ardern faced an election campaign. She won a second term in an landslide, with her liberal Labour Party winning a majority of all votes, something that last happened in New Zealand’s multiparty system in 1951.

After watching President-elect Joe Biden win the U.S. election soon after, Ardern said she’s hopeful of improving the relationship between the two nations.

She said her job is to build good relationships with every leader.

“But there’s no question that when some of your ideas and values are similar, that’s an easier job to do,” she said. “And so that’s the basis, I think, on which we’ll be building the relationship with the new president.”

Ardern said she’s not afraid of sometimes taking a stance against a more aggressive China despite New Zealand’s reliance on Beijing as its largest trading partner.

“My personal view is that we’re at a point where we can raise issues,” Ardern said. “We’re fairly predictable in the fact that we do. And I think that’s an important part of our independent foreign policy.”

For the world to begin to return to normal, Ardern said, there needs to be comprehensive work around ensuring that everybody can get vaccinated against COVID-19 and putting in place a vaccine certification process that would allow people to travel.

She does worry the economic impact of the virus is increasing wealth disparity, and that New Zealanders have defied earlier predictions by sending house prices to new all-time highs.

She said there is a psychology behind New Zealand’s financial obsession with housing that needs to be examined, otherwise “we won’t figure out how to move people back into other parts of the economy.”

Ardern said she plans to take some time off over the Southern Hemisphere summer to spend with her fiance, Clarke Gayford, and their 2-year-old daughter, Neve.

How Biden’s Administration Is Prioritizing The…

Deborah Birx: ‘Parallel set of data’ on Covid-19 was delivered to…

How Biden’s Administration Is Prioritizing The COVID-19…