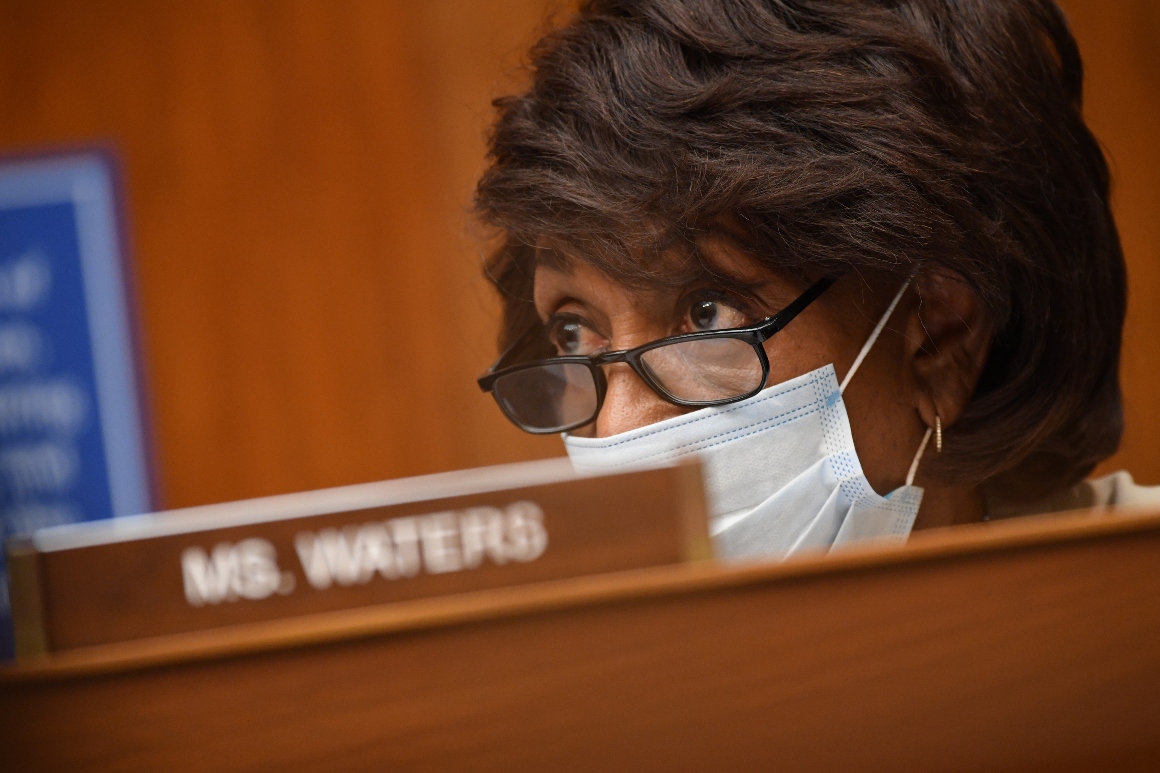 “So who loses?” Himes said. “The retail investor.”

The hearing before the House Financial Services Committee underscored how the GameStop episode has raised alarms among lawmakers and regulators over whether the complex structure of the market serves average investors or is fraught with conflicts of interest and susceptible to manipulation.

The video game retailer’s stock price skyrocketed by more than 400 percent in late January, one of several struggling companies whose shares surged, in a bizarre buying binge apparently tied to a group of small investors on the social media website Reddit. The turmoil captured the attention of policymakers, particularly after Robinhood suddenly limited trading in GameStop and certain other equities, citing demands on the app to cough up $3 billion to back up its customers’ trades.

Lawmakers zeroed in on what is known as “payment for order flow,” the practice of selling customer orders to big trading firms that has attracted attention thanks to the Reddit-fueled rise in the shares of the troubled companies, a stock-buying frenzy that lasted roughly a week.

But both Robinhood and Citadel sharply defended their business arrangement as a way of lowering costs for retail traders; the profit Robinhood makes from selling customer information allows the broker to make enough money that it doesn’t have to charge commissions for its services, Tenev said.

“When we started, people didn’t even think that there was enough margin left to make this business work, but we’ve been fortunate to make it work, and to make it work for our customers,” he said.

Broker fees weren’t the only subject of concern for lawmakers. Other topics of discussion included collateral requirements for brokers, whether the speed at which trades are settled causes problems, and even whether the stock-buying boom among retail customers in the U.S. posed a national security risk as China seeks to attract similar investors with its own apps.

That was a primary concern for Rep. Lee Zeldin (R-N.Y.), who brought up how China-based Webull cut into Robinhood’s user base during the stock frenzy.

Zeldin said, as a result, it was possible that Chinese financial companies with ties to the ruling Communist Party were “receiving personally identifiable information or other user data” from subsidiaries licensed in the U.S. He said he had asked the Treasury Department about the potential national security concern.

But much of the hearing focused on the potential conflicts of interest posed by brokers selling order information to “market makers” like Citadel, which handles more than 40 percent of all retail trade volume, according to Griffin.

Committee Chair Maxine Waters pointed to a $65 million settlement paid by Robinhood in December to settle SEC charges that it failed to disclose millions in profits from selling customer orders to trading firms.

The SEC concluded that Robinhood’s claim of “commission-free” trades hid a larger cost from selling customer trades at high fees to other brokers. “Due in large part to its unusually high payment for order flow rates, Robinhood customers’ orders were executed at prices that were inferior to other brokers’ prices,” the SEC said.

According to the SEC’s order, the inferior trade prices deprived customers of $34.1 million — even after taking into account the savings from not paying a commission.

“Is it your testimony … that this conflict of interest is in your customers’ best interest?” Waters asked Tenev. She also said Citadel’s business strategy was “designed intentionally to undermine transparency and skim profits from companies and other investors.”

“Regulatory compliance is at the center of everything that we do; we’ve made mistakes in the past,” Tenev countered before Waters cut him off because he didn’t provide a yes or no answer.

Tenev argued that by having orders from its customers executed by firms like Citadel Securities with more sophisticated technology that can trade faster, those customers had gained more than $1 billion in improved prices compared to what they would have gotten normally.

But Rep. Bill Foster (D-Ill.) said this figure didn’t measure whether customers could have gotten better prices from other brokers that also use high-frequency traders.

“On the other hand, you make part of an argument that this can net out positive for consumers,” he added. “But for it to fully net out positive they have to be able to make the apples to apples comparison.”

After hours of testimony, lawmakers hadn’t come to any policy conclusions about the issue. But Republicans argued throughout the day that the trading fiasco should not result in a push for more regulation until lawmakers and the SEC investigate more.

U.S. says it is ready to resume talks with Iran on nuclear deal – National