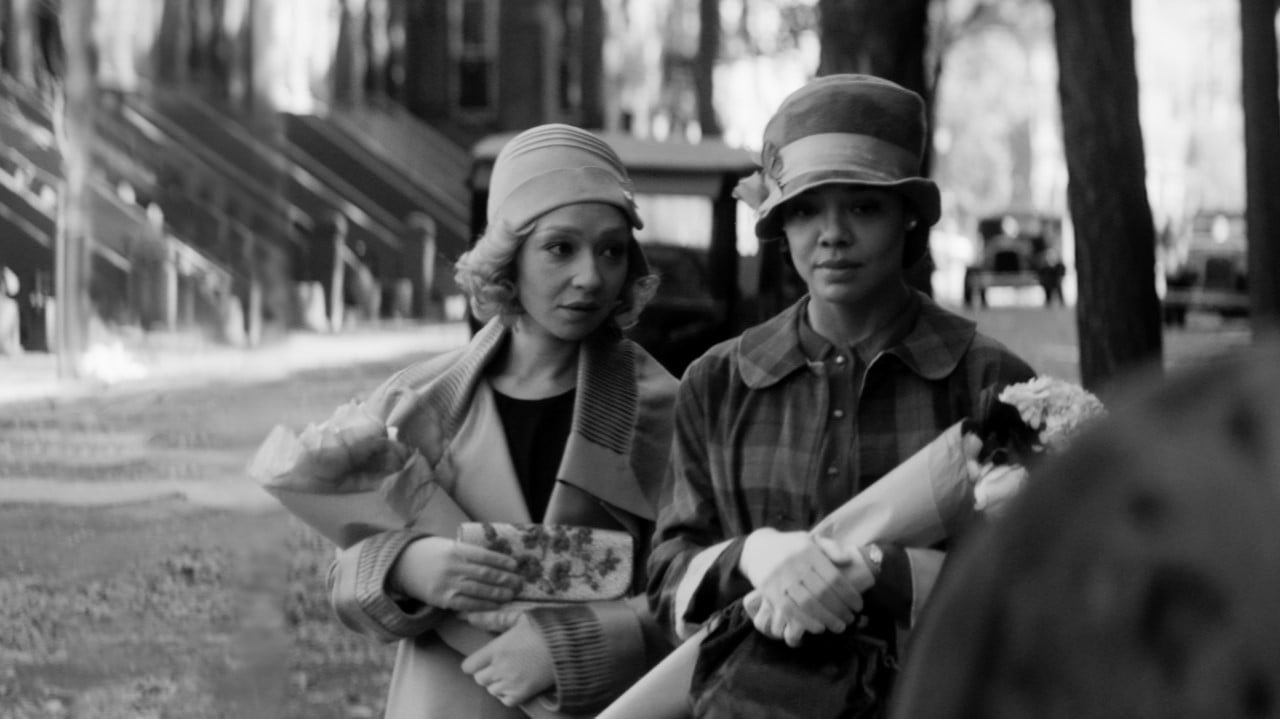 “Why is your skin so light?”

“Aren’t you supposed to be Black?”

As a first-generation American born to South African parents — a father with dark skin and a mother with light skin — my olive complexion causes confusion on a regular basis. And I’m not alone. Light-skinned Black people and racially ambiguous people are often misunderstood and confused for different races. This is the plot of Passing, a new drama about two biracial women who “pass” as white to varying degrees, which recently premiered at the Sundance Film Festival.

Directed by English actress Rebecca Hall, the film is based on the acclaimed 1929 novel by Nella Larsen. It follows Clare Kendry (Ruth Negga) and Irene Redfield (Tessa Thompson), two childhood friends who serendipitously reconnect in their adult lives. Set in 1920s New York, both women choose to live on opposite sides of the color line: Clare opts to “pass” as white for the sake of privilege, while Irene proudly wears her Blackness.

For the uninitiated, the act of “passing” is when a person who is falsely seen as a member of one racial group is wholly embraced as part of that racial group. Throughout history, many Black women and men have chosen to pass as white in order to escape persecution and, essentially, to be treated with dignity in a predominately white society. In other words, Black people who could pass as white sometimes did so to ensure better lives by freeing themselves of the harsh restrictions unfairly placed on them.

Black people who could pass as white sometimes did so to ensure better lives by freeing themselves of the harsh restrictions unfairly placed on them.

And Clare has similar reasoning for passing. While successfully posing as white, she finds safety and security by marrying John (Alexander Skarsgård), a wealthy and respected white man, and later gives birth to a daughter with fair skin, who also passes as white. But when Clare ultimately reunites with Irene years later, she longs to see what life is like on the other (read: Black) side. Fearful of being caught by her racist husband, Clare sneaks around with Irene to clubs and parties in Harlem so she can get her Black girl fix.

The movie is beautifully shot in black and white, which has the effect of diminishing the impact of skin tone on screen. As a result, we are immediately dialed into what it means to dress yourself across racial lines. “I was very strategic when selecting Clare and Irene’s wardrobes,” said costume designer Marci Rodgers. “I wanted to delineate the difference between their worlds.” Unfortunately, years of discrimination have conditioned Black people to carefully consider their clothing when entering a different (often white) environment. Black men and boys can’t simply wear hoodies or baggy jeans outside without attracting unwarranted attention. Black women are objectified when their curves are exposed in formfitting clothing. We see Irene comfortably dressed down at home, often in a wool skirt and a mint green blouse, versus en plein air, where she’ll outfit herself in structured coats, opulent sun hats, gloves, pearls, and high heels. When Irene gets dressed, she has to think about where she’s going, the time of day, and the people that might be there, lest she be considered lesser than. “While Irene could pass for white, [her wardrobe] wasn’t something she used as a weakness, but instead as a way to survive,” Rodgers added.

In the real world, the discussion around presentability as it pertains to Black women is as irritating as it is tiresome. We are told our hair is wild and unkempt; we’re encouraged to show up to work with neat locks to fit in, or adhere to a polished uniform in the presence of authority figures to prove our credibility. It’s obvious that both Clare and Irene hail from the same economic strata, but Irene’s unwavering attention to her wardrobe and appearance stems from her knowledge that Black people are judged more by how we look than who we are.

The discussion around presentability as it pertains to Black women is as irritating as it is tiresome.

What’s ironic is that the actual colors black and white also carry meaning within this complicated history. The color black signifies mystery and the unknown as well as insecurity, weakness, and a lack of confidence, according to Brittanica, whereas white symbolizes innocence, purity, and cleanliness. I hardly think this is a coincidence — systemic racism is built into so many racial biases that still permeate society today. Since clothing often tells the story of a character, Irene’s uneasiness around her white counterparts is reflected in her 1920s-style hats that often fall down past her eyes. By contrast, Clare’s regal outfits exude confidence. Irene’s wardrobe is more than just something to wear — it’s an attempt to remove any preconceived notions about Black women. In many ways, her clothing is her armor. “When you wear certain things, it’s either to deflect or invite a certain type of attention,” Rodgers said. “At the end of the day, for Irene, it was a survival tactic.”

On numerous occasions, we see Clare and Irene get dolled up for nights out, but the nuances of Irene’s getting-ready routine may be undetectable to some. In America, where people of color are often judged harshly and quickly, appearances are paramount for the Black community. Irene, like many Black women I know, gets dressed to the nines not only to express her Black pride, but also to have a sense of control in a world where she is dehumanized and made to feel invisible almost daily.

As much as Clare tried, obscuring her heritage did not free her from its chains. In fact, ultimately (spoiler alert) it killed her. To me, Clare’s death was symbolic of the suffocation that comes with wearing a false mask. By socializing with Irene, Clare was able to see all that she was missing — the community, the culture, all of it. She finally felt liberated, joyful, and proud to be surrounded by her people, so much so that she started wondering why she turned her back on them in the first place.

Passing is a poignant reminder to those of us who are different that our differences are what make us special and unique. It’s a great reminder to abandon all preconceived labels and live your authentic truth. It reminded me to celebrate who I am: a light-skinned Black woman who doesn’t need to fit into a stereotypical box of what it means to look Black, to be Black. Translation: I can dress however I want.

Group of Dem senators calls for McCarthy, Tuberville to be deposed