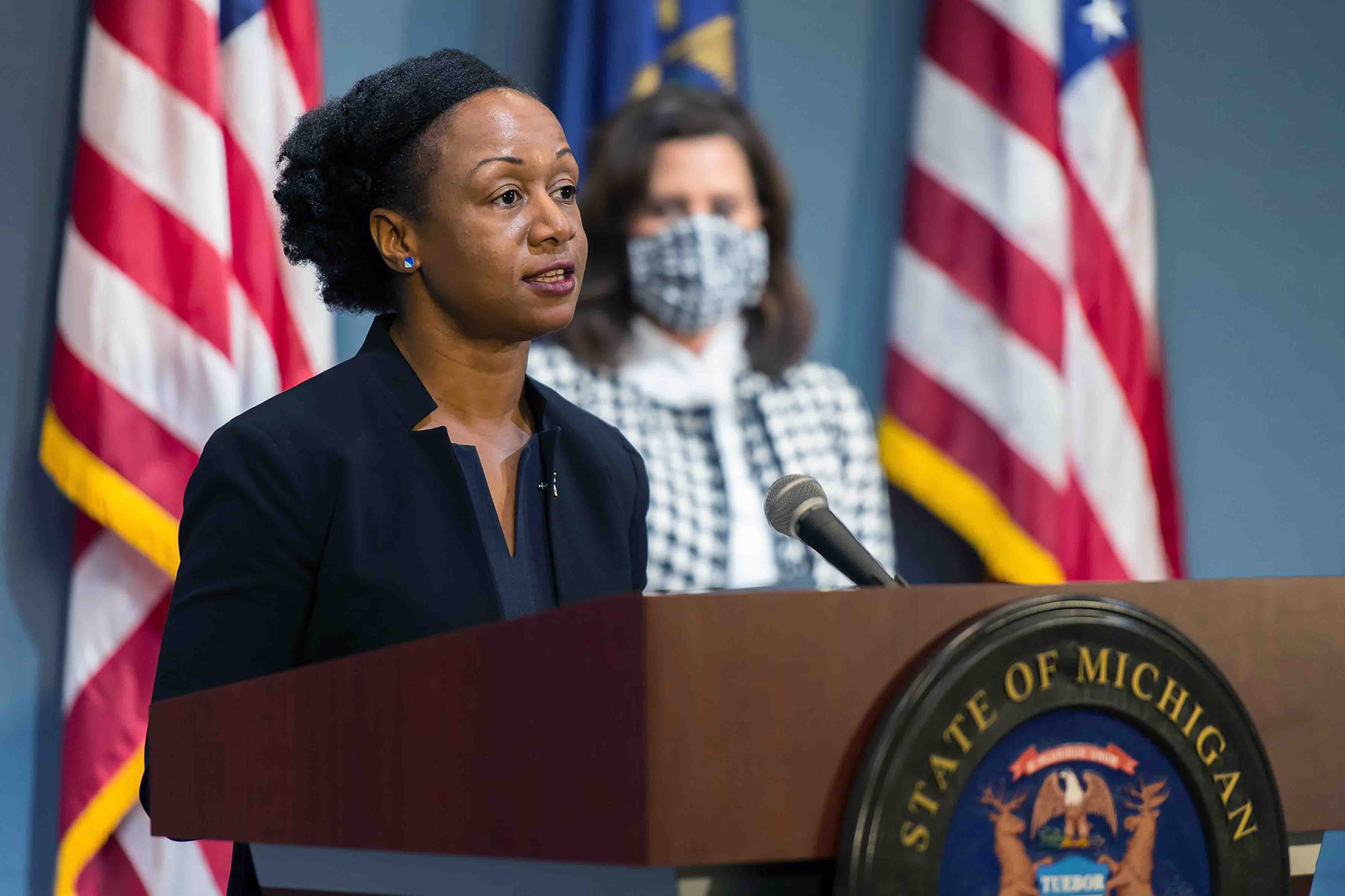 Many committee Republicans pushed back during the hearing — the first that the new Congress has held on the pandemic — as they accused states of blaming the Trump administration for their failure to quickly administer vaccines. Some scolded the state officials for requesting more resources so soon after Congress approved a relief bill in December.

“Complaining about not getting enough vaccines is like complaining about the size of your meal,” said Rep. David McKinley (R-W.V.). “You should be grateful to have food on your table.”

“We ought to be grateful for where we are today,” added Rep. Michael Burgess (R-Texas). “We’re several steps ahead of where we could be.”

But the state officials expressed strong support for the type of robust aid package President Joe Biden is supporting, which includes hundreds of billions allocated to state and local governments. Some testified that Congress must fund paid sick leave and stimulus checks to make it possible for residents to miss work and isolate when infected. They also echoed Biden’s calls to fund mobile units and outreach campaigns to get vaccines to low-income neighborhoods of color with high rates of hesitancy and barriers to access.

State officials noted that the relief package Congress passed in December did not provide aid for state and local budgets, despite warnings that public health workforces were already being stretched to the limit. Khaldun, the Michigan health official, described having to pull staff away from contact tracing and lead poisoning work to focus on the vaccine rollout. Jill Hunsaker Ryan, the head of Colorado’s public health department, said she has struggled for months to build up the workforce after decades of underfunding.

The Biden administration on Tuesday announced states will receive some budget relief, as White House coronavirus coordinator Jeff Zients said the federal government would fully reimburse them for emergency response measures dating back to the beginning of the pandemic. He estimated states would receive between $3 billion to $5 billion.

Biden on Tuesday also called into Senate Democrats’ caucus meeting, urging them to hold the line on his $1.9 trillion Covid relief proposal amid calls from some Republicans to instead pass a bill one-third of that size. Later in the day, Senate Democrats narrowly approved a budget resolution laying the groundwork for a Covid bill they can pass without Republican votes. The House will soon follow a similar process.

Senate Democrats expressed confidence that a package can get done within weeks, and Energy and Commerce Chair Frank Pallone (D-N.J.) assured the state officials at Tuesday’s hearing that more help is coming soon.

“You’re our vital partners in this extraordinary campaign,” he said of the vaccine rollout. “And we understand that you should not have to do this without substantial help.”