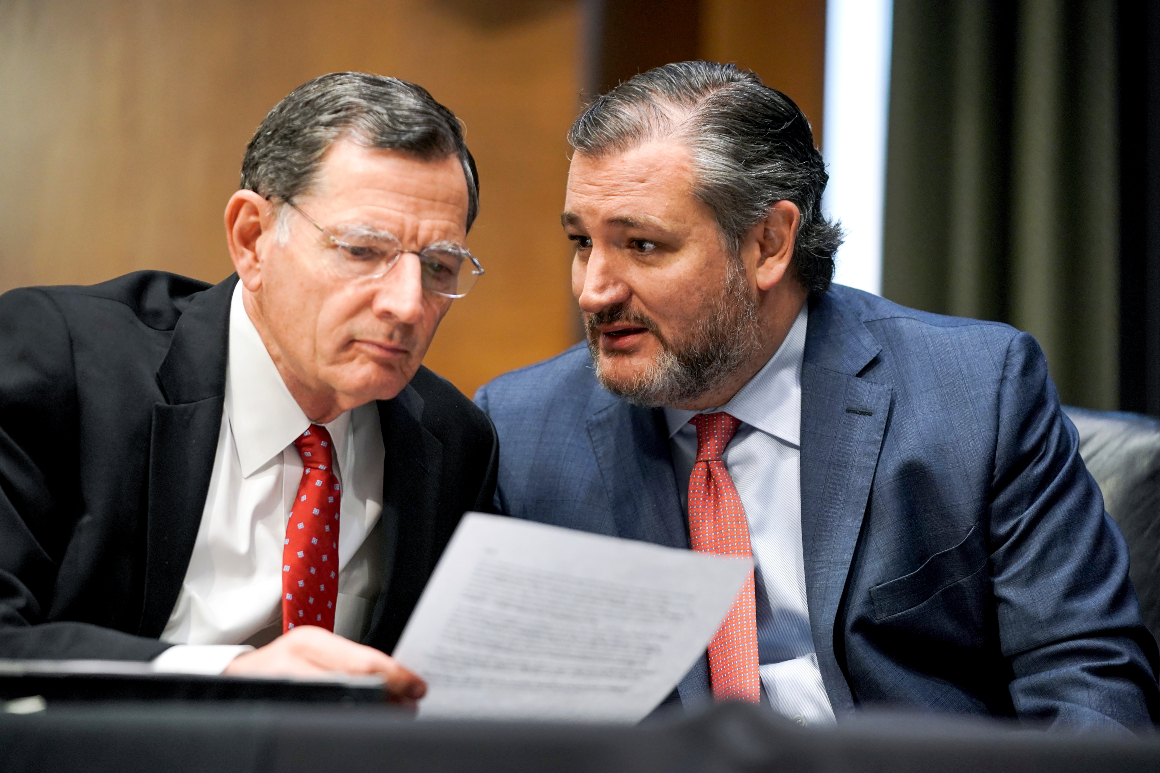 The largely symbolic decision, keeping the party on track with tea party-era attitudes toward spending, would come after a majority of House Republicans voted in a secret ballot to back Democrats’ return to earmarking, with extra guardrails. If Senate Republicans vote on removing the ban, the choice would cleave presidential hopefuls from other Republicans who say that Democrats shouldn’t solely reap billions set aside for pet projects back home.

A continuation of Republicans’ earmark ban would also follow years of their support for deficit-busting tax increases, bigger Pentagon budgets and billions of dollars for a southern border wall touted by Trump. With President Joe Biden now in the White House, a number of Republicans have veered back to caring about the federal debt, unwilling to support the president’s $2 trillion-plus infrastructure proposal and instead floating a smaller package totaling roughly $600 billion to $800 billion.

“I mean, it’s an issue that splits our caucus,” said Sen. John Cornyn (R-Texas), a key ally of GOP leader Mitch McConnell (R-Ky.), on Tuesday. Cornyn said the ban should be upheld, since it was originally installed to curb abuse of the earmarking practice.

“They either thought it was going to be close enough or bad publicity, or they didn’t want to be, I guess, exposed for wanting to get rid of earmarks,” Paul said. “So I think they’re going to punt the vote. And they’re going to tell people you can do whatever you want.”

The choice to keep the ban likely won’t affect individual senators’ behavior, since there are no firm rules precluding them from earmarking — ban or no ban. A number of Senate Republicans already plan to propose earmarks, particularly top appropriators who oversee spending for a third of the federal budget, like Sens. Richard Shelby of Alabama and Shelley Moore Capito of West Virginia.

Regardless of what Senate Republicans decide, Cornyn said, “it feels like people who want to request earmarks may end up doing that, and people who don’t, won’t.”

Sen. Ben Sasse (R-Neb.), who successfully fought in 2019 to make the conference’s earmark ban permanent, said he believed that anti-earmark Republicans “would probably” fall short in their push to keep the ban, until a few days ago. The party’s inertia shifted as they debated the issue more and more internally, he said.

About one-third of the Senate’s 50 Republicans were undecided and “drifting” toward supporting earmarks again before opponents cranked up their arguments, Sasse explained.

“You should care about fiscal responsibility whether you’re in [or] out of power,” Sasse said in an interview Wednesday. “If it’s not a core principle of both parties, it’s something Republicans should use to refine our argument about what we stand for. And I think most people in our conference ultimately get that. But it just took a lot of conversations to focus them on it.“

Eighteen Senate Republicans had pledged to uphold the ban this week, including potential 2024 contenders like Sens. Josh Hawley of Missouri, Ted Cruz of Texas and Rick Scott of Florida. A number of GOP senators expected the tally to be close, with the potential to split the caucus nearly down the middle.

Russ Vought, who served as White House budget director under Trump, spoke to Republicans at their lunch on Wednesday to convince them to keep the earmark ban.

Sen. Chuck Grassley (R-Iowa) said on Tuesday that Republicans were largely in the dark about where the conference might fall on the issue if it comes to a vote.

“But I say it’s going to be split,” he said. “If you’re saying, is it going to be overwhelming one way or another? No, it won’t be.”

Russia news: Thousands stand up to Putin and ignore threats to protest in support of Naval | World | News