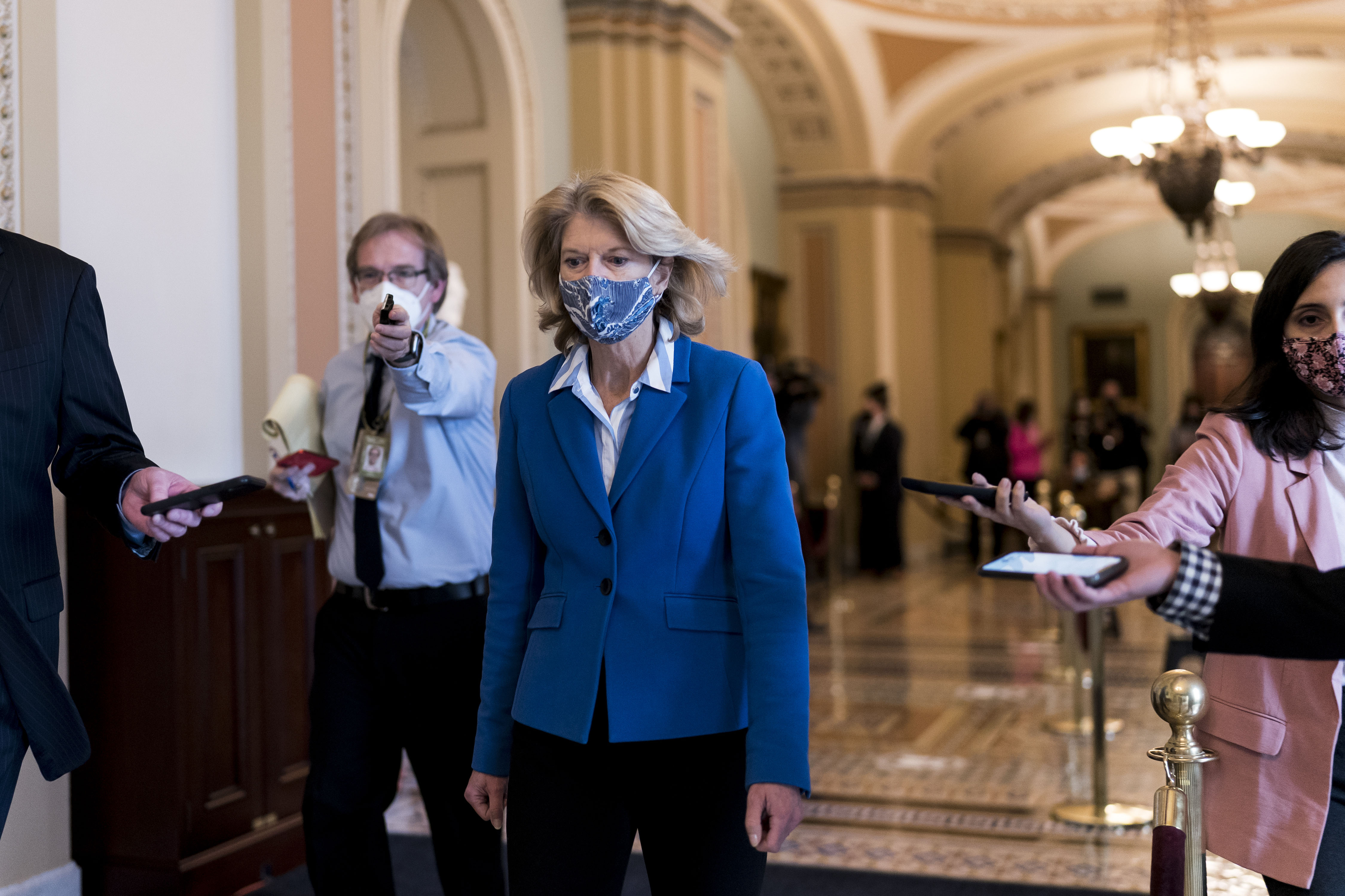 “I could see it as possible. I certainly don’t know how many there could be. Certainly not enough for conviction,” Sen. Kevin Cramer (R-N.D).

Any Republican voting to convict the president would make huge waves, even if the tally falls far short of 17 GOP senators needed to secure a conviction, as is nearly assured. The 10 House Republicans who voted to impeach the president last month are all facing various degrees of blowback, from censure to early primary challenges.

The Trump legal team began shoring things up on Friday after a disastrous start earlier this week. Even Republicans plainly at odds with Trump said the defense had stepped up its game.

“We’ve seen a much stronger presentation from the defense,” Sen. Lisa Murkowski (R-Alaska.) told reporters during an intermission Friday. “They have been very organized in what they’ve presented and how they’ve done it.”

In his closing argument, Trump attorney Bruce Castor defended Trump’s rhetoric by pointing out he had been threatening senators with primary threats during his speech on Jan. 6. It was a reminder of how a vote for conviction will play in the GOP.

“Nobody in this chamber is anxious to have a primary challenge. That is one truism I think I can say with some certainty. But that’s the way we operate in this country,” Castor said.

GOP Sens. Susan Collins of Maine, Mitt Romney of Utah, Ben Sasse of Nebraska, Pat Toomey of Pennsylvania, Bill Cassidy of Louisiana and Murkowski are all on record deeming the trial constitutional, making them the base of Republicans considering conviction. Cassidy changed his opinion on constitutionality since last month,saying the House Democrats made an effective presentation.

In addition, Sens. Rob Portman (R-Ohio) and Richard Burr (R-N.C.) are being watched closely by their colleagues. Both are retiring next year, along with Toomey — in theory relieving them of political considerations.

Republicans still see no path for Senate GOP Leader Mitch McConnell (R-Ky.) to vote to convict, but he has not told colleagues that he is surely an acquittal. He’s repeatedly told Republicans that the final vote, likely Saturday, is one of “conscience.” And since criticizing Trump in January, he’s said little about the matter at all.

A vote to convict Trump would seriously complicate McConnell’s ability to lead the party heading into the midterm elections.

McConnell, Portman and Burr all voted twice in recent weeks that the trial should not go forward. Portman has praised the House managers’ presentation but said there remains “the legal question that we have to struggle with: What is the best approach in terms of the Senate’s role, jurisdictionally? And as you know, I have real concerns about that. I have from the start.”

Although Republicans meet every day in-person, it’s not to mull over conviction votes. In fact, there’s been no coordination among the senators who have voted to find the trial constitutional, Murkowski said.

“I know that there’s a lot of speculation that there’s kind of a shared discussion about ‘What are you going to do?’ That’s just not the case,” she said.

During last year’s impeachment trial, all eyes were on whether moderate Democrats might acquit Trump. But the real surprise was Romney, who revealed his decision to convict Trump in an emotional speech just hours before his final vote. He’s declined to reveal where he will end up this time, too, saying he will weigh the defense’s arguments.

Best Clothes From Madewell Under $100

China news: WHO in U-turn over origin of virus in China…