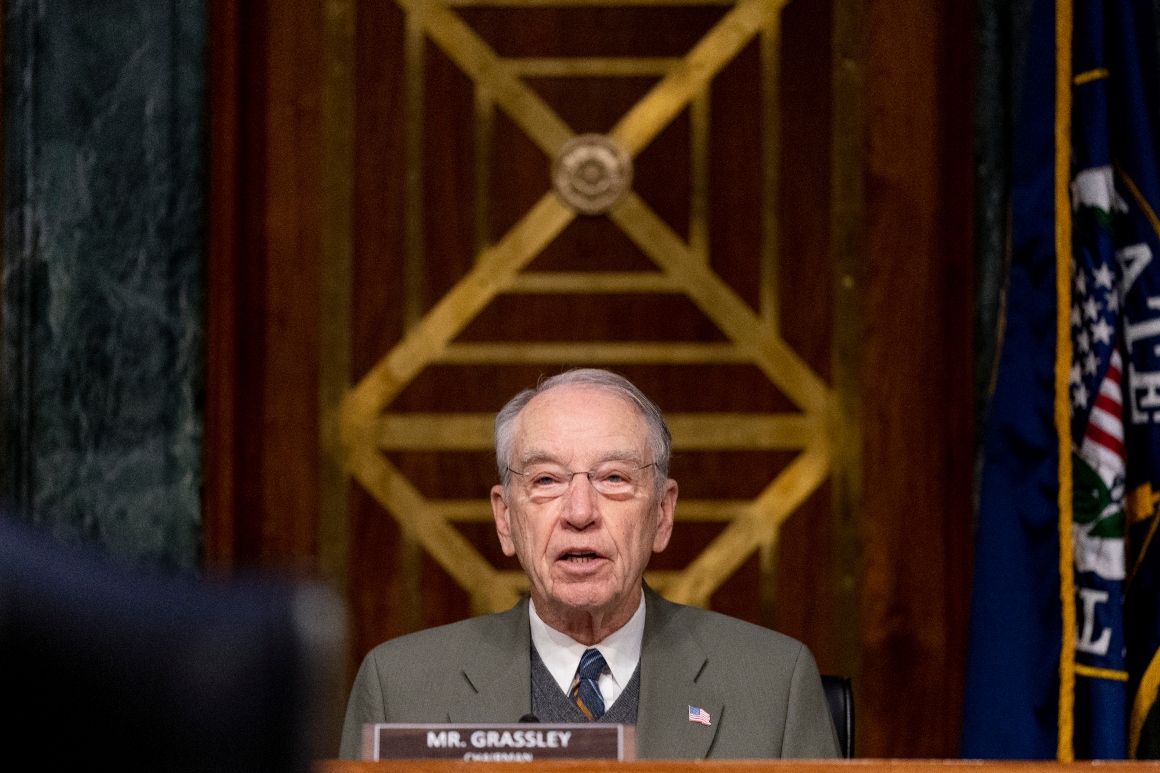 The effort to retain Republicans who have won races in tough states came into focus on Monday when Sen. Rob Portman surprised Republicans by announcing he won’t seek a third term in Ohio. Republicans will still be favored in the Buckeye State but will now have to contend with a primary that already looks crowded, with a laundry list of Republicans considering or already taking steps towards running.

And there’s already concern that more could join him in running to the exits as the GOP prepares to serve in the minority for the first time since 2013. Next year’s Senate map has enough swing states that Republicans could retake the majority — but they could just as easily lose more seats.

So senior Republicans hope if anyone else is planning to bow out, they announce it soon — like Portman did this year, and not like former Maine Sen. Olympia Snowe did in 2012 when she retired two weeks before the filing deadline.

“It’s harder when you have open seats than when you have incumbents up, so I hope we don’t have any more,” said Sen. John Cornyn (R-Texas), who ran his party’s campaign arm in 2010 and 2012. “If they are going to retire, I think it’s the right thing to do to do it early to give other people a chance to get in.”

Yet Johnson and other undecided senators don’t seem to be in a rush. Sen. Chuck Grassley (R-Iowa), who is 87, said to check in with him “several months from now.” Sen. Roy Blunt (R-Mo.), the No. 4 GOP leader, said he didn’t have a particular timetable on when to make an official decision. Missouri is a red state, and Republicans would be favored there, though Blunt only narrowly won in 2016.

“I’m still planning to run. But that will become official when I announce a campaign. And I’m not doing that yet,” Blunt said. “I really have not been thinking much about it to tell you the truth. … I keep thinking there will be a little breathing space, so far it’s not happening.”

Republican strategists and advisers said the concern about a wave of retirements stems from the party losing the majority unexpectedly in Georgia earlier this month, with senators who were poised for two more years in power suddenly relegated to minority status, and the Capitol besieged by a violent mob the following day.

Moreover, the GOP is settling in for its second impeachment trial and just spent the better part of five years answering questions about Trump’s combative rhetoric, erratic policy decisions and occasional broadsides against members of his own party.

“After the riot and four years of Trump, what GOP senator up in 2022 hasn’t thought about leaving?” said T.J. Petrizzo, a Republican lobbyist and donor.

For now, much of the focus is on Johnson, whom new National Republican Senatorial Committee Chair Rick Scott (R-Fla.) started trying to convince to run again in the fall of last year.

Bill McCoshen, a veteran GOP strategist in Wisconsin, said Republican grassroots in the state are hoping he seeks a third term and viewed some of his recent comments about the 50-50 split in the chamber as positive signs.

“The grassroots wants to see him run again, and they think he’s starting to make a pivot towards doing that,” McCoshen said. “I think he understands the importance of his seat for Republicans hopes of regaining the majority in 2022, and the grassroots hopes he’s reconsidering not running.”

Other senators on the retirement watch list include 80-year-old Sen. Patrick Leahy (D-Vt.), who has served since 1975 and just became the Senate president pro tempore for the second time. Leahy was hospitalized Tuesday after feeling ill on the advice of the Senate’s attending physician, according to a statement from his office. On the Republican side, 86-year-old Sen. Richard Shelby (R-Ala.) is seen as a possible retirement, though his seat would be safely Republican. Shelby said he will address his future after the impeachment trial.

Grassley, who would be in his 90s for much of a potential eighth term, doesn’t understand what all the fuss is about: “I’ve done it seven times. It’s no different than other times,” he said Tuesday. Grassley’s grandson, Pat Grassley, is the Iowa state House speaker and could succeed him.

The House Republican caucus was also plagued by a wave of retirements in 2018 that ultimately contributed to losing the chamber. But with Democrats only controlling a 50-50 Senate and facing a midterm election with a Democrat in the White House, Republicans’ straightforward path back to the majority probably prevents a wider rush to the exits.

“The big change here is going from the majority to the minority,” said Scott Reed, a veteran GOP operative and former top political strategist at the U.S. Chamber of Commerce. “It’s no fun being in the minority as the ranking member. You lose all your power.”

Reed, however, downplayed any concerns about the effect retirements could have on their prospects in 2022.

“I don’t think this is cause for panic, at all,” he said.

Chris Hartline, a spokesperson for the National Republican Senatorial Committee, also dismissed the notion that retirements would be an issue.

In some ways the 2022 election will be unlike any other. Trump has indicated he will continue to play in primaries and tank the prospects of those who have defied him.

Sen. Lisa Murkowski (R-Alaska) was the only GOP senator up for reelection that voted against dismissing Trump’s second trial as unconstitutional. She reiterated she’s running for reelection on Tuesday: “How come everyone’s asking me this today?”

“An impeachment doesn’t come about at a convenient time for people’s campaign schedules,” Murkowski said of whether her vote will hurt her prospects in Alaska. She won reelection in 2010, even after losing her primary to a right-wing candidate and being forced to run a write-in campaign in the general election.

Republicans are hopeful that despite all that Trump has done to change the party, the approaching midterms will be conventional. They’re already indicating they’re running against Biden’s agenda and banking on 2022 following precedent, with the party out of power making gains.

After all, the GOP only needs to pick up one seat for a majority and has opportunities in Nevada, Arizona, New Hampshire and Georgia, among others.

“I think it’s going to be a good term for us because we’re in the middle of a Democratic president’s term, one who is bent on destroying the economy. I think we’ll have the momentum,” said Sen. Kevin Cramer (R-N.D.).

Cramer said he’s not overly concerned about retirements but conceded: “It’s easy for me to say. John Hoeven’s running in North Dakota.”