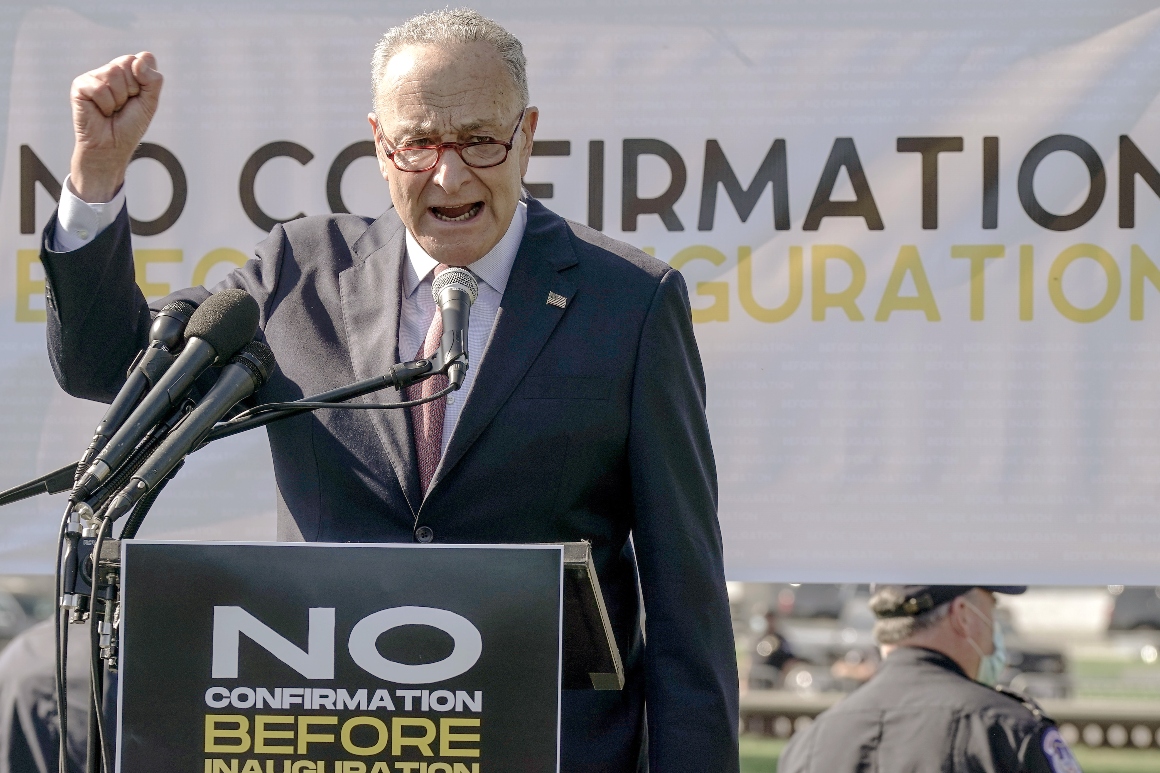 The Democrats’ move is the latest act of protest in their opposition to Barrett’s confirmation. Democrats also boycotted a Senate Judiciary Committee vote on Thursday to advance her nomination to the floor and have forced a series of procedural votes throughout the week. But Democrats do not have the procedural tools to stop the nomination altogether from going forward.

Closing the Senate, however, has not occurred in a decade.

Senate Majority Leader Mitch McConnell is planning to advance Barrett’s nomination to the floor Friday, putting her on track for a final confirmation vote Monday.

Barrett is expected to receive broad support from Senate Republicans and no support from Democrats. Democrats have accused Republicans of hypocrisy for trying to confirm Barrett eight days before the election, after blocking former President Barack Obama’s Supreme Court nominee Merrick Garland in 2016. But Republicans argue that the situation in 2016 was different because the White House and the Senate were controlled by different parties.

If confirmed, Barrett would replace the late Justice Ruth Bader Ginsburg, who passed away Sept. 18.

Burgess Everett contributed to this report.