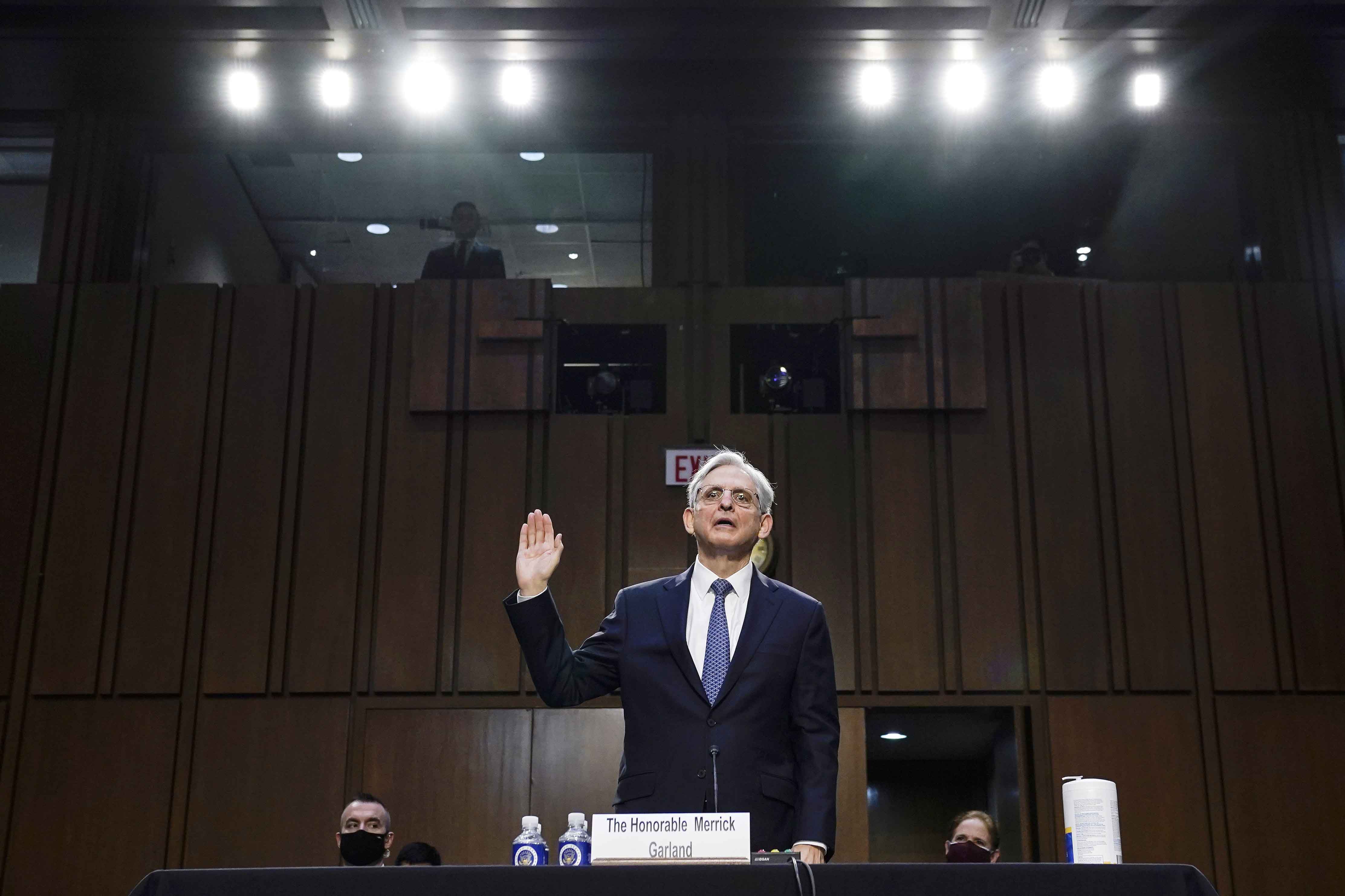 Garland encountered little resistance at his confirmation hearing last month, although Republicans pressed him to promise that he would not interfere with an ongoing special counsel investigation into the origins of the FBI probe of alleged ties between the Trump campaign and Russia.

Garland said he saw no reason to disturb former Attorney General William Barr’s appointment of longtime federal prosecutor John Durham to oversee that review, but the nominee declined to explicitly commit to allowing Durham to complete his work. Republicans also urged Garland to ensure no political intervention in an ongoing inquiry that the U.S. attorney in Delaware is conducting into the tax and business affairs of Biden’s son, Hunter.

While Republicans were generally friendly to Garland at his hearing and insisted their resistance to his confirmation to the Supreme Court was based on concerns unrelated to him personally, some later indicated that he had been too vague and evasive in his answers.

On immigration policy, for instance, Garland was essentially mum. He said he wasn’t familiar with questions about whether illegal border-crossing should remain a crime, even though it was an issue debated at some length during last year’s Democratic presidential primary.

So far, Biden has made nominations to only three other senior Justice Department posts: Lisa Monaco for deputy attorney general, Vanita Gupta for associate attorney general — the No. 3 spot at Justice — and Kristen Clarke for assistant attorney general for civil rights.

A joint confirmation hearing for Monaco and Gupta on Tuesday was dominated by GOP complaints about tweets and other statements from Gupta that Republicans contended were unseemly. Gupta apologized for her “harsh rhetoric,” while also pointing to her history of cooperation with conservatives and police groups on criminal justice reform issues.

Prior to joining the D.C. Circuit nearly a quarter century ago, confirmed on a 76-23 Senate vote, Garland worked as a federal prosecutor and senior Justice Department official. He oversaw some of the agency’s most-prominent criminal cases at the time, including the investigation of the 1995 Oklahoma City bombing and of the string of deadly explosions linked to the so-called Unabomber.