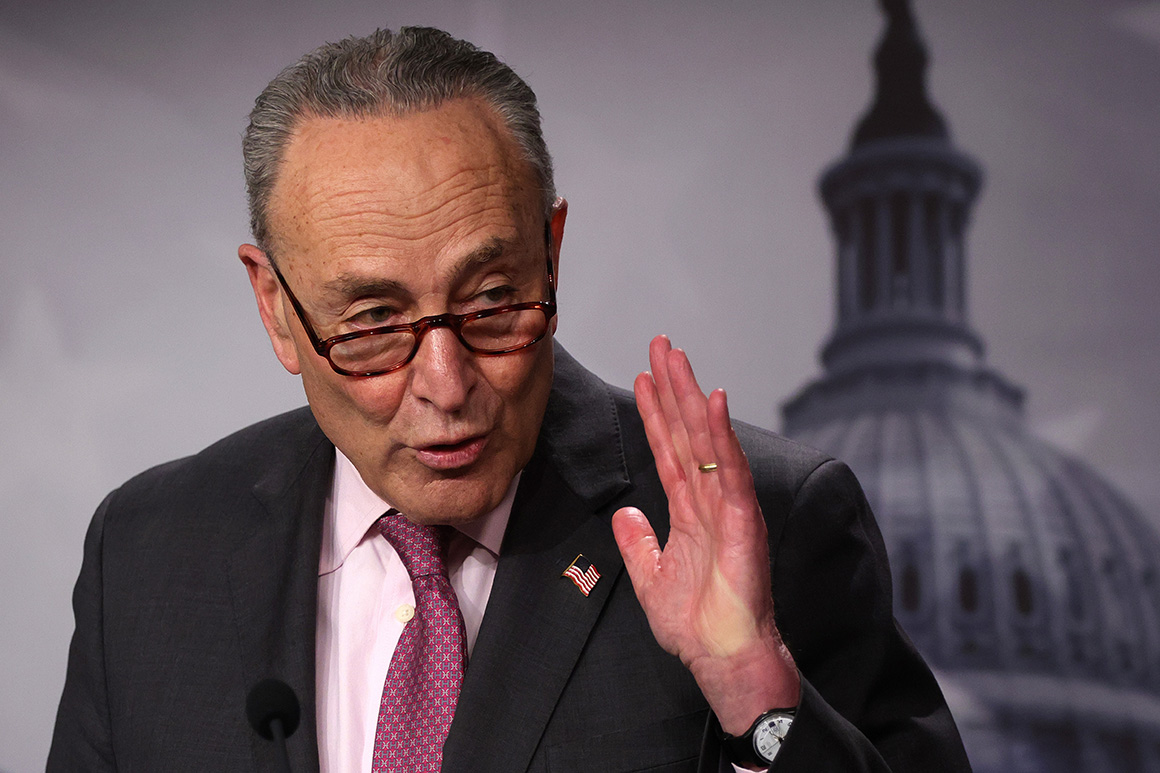 The bill’s so-called vote-a-rama now may begin on Friday, instead of on Thursday, as a result of delays on Wednesday in getting a Congressional Budget Office score for the Democrats’ $1.9 trillion bill. That’s a key step in the process, ensuring Democrats can use budget reconciliation and its simple majority requirement instead of needing 60 votes — and the support of 10 Republicans.

Johnson and other Republicans are vowing to make the vote-a-rama lengthy and uncomfortable for Democrats with what they view as tough votes. And timing is important: Enhanced unemployment benefits shut off on March 14 and Democrats say they need to pass their bill well in advance to give states time to avoid missing payments. Plus, the House will still need to approve the Senate’s changes.

Though Senate Democrats and Biden agreed to keep unemployment bonus payments at $400 per week through August, mirroring the House proposal, some Republicans or centrist Democrats could offer amendments trimming that down to $300 per week. Increasing the intrigue, Sen. Lisa Murkowski (R-Alaska) has not officially decided she’s against the bill, and Biden and Democrats would be ebullient to receive any GOP support.

Biden and Democrats also agreed to more narrowly target the next round of $1,400 stimulus payments, phasing out completely for single filers at $80,000 and joint filers at $160,000. But Democrats will have to stick together to make sure their carefully negotiated truce is not upset by GOP amendments. In the last amendment series, moderate Democrats infuriated progressives by approving an amendment barring undocumented immigrants from getting stimulus checks. House Democrats are watching closely.

Speaker Nancy Pelosi said Wednesday that House Democrats would like to study the compromise on unemployment benefits and stimulus checks, but said, “So far, so good.”

Some progressives seemed skeptical of the deal, but stopped short of saying it would jeopardize the near-lockstep support that Pelosi needs to get the amended Senate bill through the House in the coming days.

“I just — I don’t like that this is being narrowed,” said Rep. Pramila Jayapal (D-Wash.), the chair of the Congressional Progressive Caucus. “I feel like the survival checks are the easiest, simplest, most popular, populist, proposal. But let me take a look at what it actually means in terms of numbers of people.”

Sen. Bernie Sanders (I-Vt.) is also planning to offer an amendment that would raise the minimum wage to $15 an hour, despite the Senate parliamentarian ruling that including that provision would violate Senate rules. While the amendment is expected to fail, it will put Democrats on record over whether they support the boost. Democratic Sens. Joe Manchin of West Virginia, Kyrsten Sinema of Arizona and Jon Tester of Montana are among those whose vote will be watched on the Sanders amendment.