Security fallout in Capitol could be swift 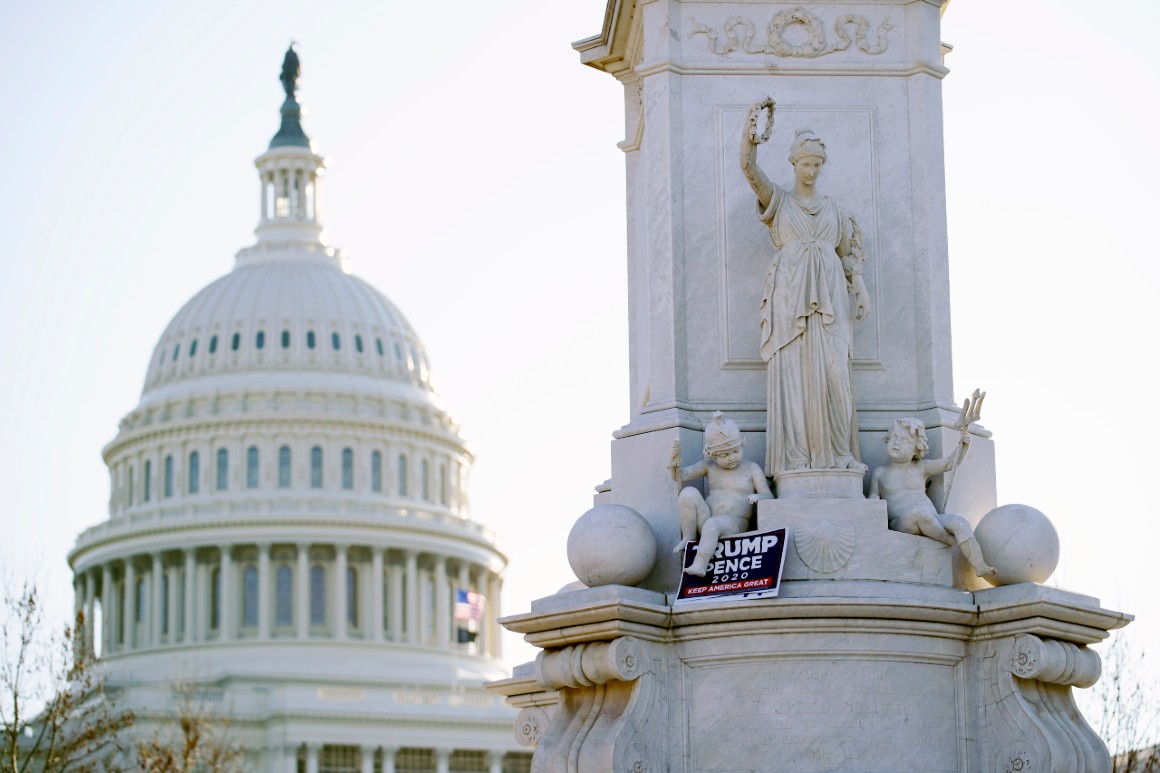 Mike Stenger, the Senate sergeant-at-arms appointed by Senate GOP Leader Mitch McConnell, will almost certainly be replaced by incoming Senate Majority Leader Chuck Schumer (D-N.Y.) anyway. But the change could happen sooner than the shift of power on Jan. 20, according to sources.

Paul Irving, the House sergeant-at-arms since 2012, was also under intense scrutiny and is expected to be pressured to step down following the rioting and violence that took place inside the Capitol Wednesday.

Neither Irving nor Stenger’s offices respond to a request for comment Thursday. Schumer, McConnell and Speaker Nancy Pelosi also had no immediate comment. Sund put out a statement saying that the Capitol Police had a “robust plan” for demonstrators, “but make no mistake — these riots were not First Amendment activities.”

The frustration was evident as senators gathered in a secure room in the Capitol complex on late Wednesday. Sen. Lindsey Graham (R-S.C.) briefly but pointedly dressed down sergeant-at-arms staff about the unprecedented security breach in the Capitol, according to two sources familiar with the conversation.

“Being outnumbered, ill-equipped, and unprepared is not the fault of officers, rather the responsibility of their superiors,” Rep. Dean Phillips (D-Minn.), who was among those in the chamber as rioters breached the Capitol, said via text message Thursday morning. “Yesterday’s security failure was preventable, inexcusable and requires a full investigation and the removal of those responsible from their positions.”

And the House floor was buzzing with talk of immediate firings Wednesday night as lawmakers gathered to restart certification of President-elect Joe Biden’s victory. Lawmakers did not coalesce around a specific plan but generally agreed that there needed to be swift leadership changes both within the Capitol Police, including Sund, and the Sergeant-at-Arms offices, according to multiple sources familiar with the conversations.

Rep. Tim Ryan (D-Ohio), the House Democrat who oversees funding for the Capitol police, told reporters Wednesday night there would be swift fallout from the deadly security breach. And Sen. Chris Murphy (D-Conn.), Ryan’s counterpart in the Senate, said “we need a full investigation on how the Capitol’s security was breached this quickly.”

Rioters stormed the Capitol, crashing through glass windows and busting down doors, invading some of the most secure areas of the Capitol, including the Senate chamber and Pelosi’s office. Ryan said he was disturbed by videos from Wednesday that appeared to show Capitol police opening the barriers to allow the rioters onto Capitol grounds and then later freely leave the Capitol after destroying it. One woman was shot and killed inside the complex during the chaos.

“You can bet your ass that we’re going to get to the bottom of it,” Ryan said, adding there would be several people “without unemployment very, very soon.”

The sergeant-at-arms has more than 800 employees who oversee security of the Capitol, congressional office buildings and staff, while the Capitol Police has 2,300 employees and officers.

During other moments like Trump’s impeachment or the confirmation of Brett Kavanaugh to the Supreme Court, the security and law enforcement presence inside the building was pronounced, but at times on Thursday there were barren halls turned over to the rioters. And not until the trespassers were expelled from the Capitol did the number of officers reach overwhelming levels.

“It was unfathomable,” Sen. Shelley Moore Capito (R-W.Va.) told MetroNews in West Virginia on Thursday. “I think it was the lowest day.”

Sarah Ferris contributed to this report.