Republicans in danger of losing huge portion of their women senators

Senate Republicans could lose nearly half of the women currently in their caucus come November after recently making painstaking gains — the latest potential blow to the party in the Trump era.

Out of nine Senate GOP women serving, four face highly competitive races this year in Arizona, Maine, Georgia and Iowa. It’s a dynamic that exists in part because Republicans have had some success in chipping away at the gender gap in Congress: the Senate GOP currently has an all-time high of women after nearly doubling the number of women in its conference since 2016. House Republicans have also enhanced their recruitment efforts after seeing their ranks shrink in 2018.

“It’s always been … a traditional weak spot for us,” said Sen. Shelley Moore Capito (R-W.Va.), who is also up in 2020, but in a relatively safe race. “Our numbers are not obviously as large as the Democrat Caucus, but we’re gaining on them.”

But Republicans face a challenging electoral environment up and down the ballot, particularly as suburban female voters have turned away from the party in droves out of antipathy for President Donald Trump. Losing those races would be a setback for the party’s efforts to broaden its representation — and to keep the Senate majority. Along with other battlegrounds in North Carolina, Colorado and Montana, they could decide which party controls the Senate.

“I always say that we need to do a better and an aggressive job in recruitment of women, Republican women for the Senate, the House, for our local candidates,” said Sen. Lisa Murkowski (R-Alaska). “And so that’s just our reality.”

Top Senate Republicans have worked hard in recent years to improve representation among women in the chamber. Senate Majority Leader Mitch McConnell (R-Ky.) has not only recruited candidates to run but occasionally pushed governors for their appointments when vacancies arose.

Republicans citing progress highlight the recent appointments of three who are up in 2020: Sens. Kelly Loeffler of Georgia, Martha McSally of Arizona and Cindy Hyde-Smith of Mississippi. They also note that former Rep. Cynthia Lummis is on track to replace retiring Sen. Mike Enzi (R-Wyo.). Even some Democrats privately acknowledge the effort Republicans have made recently. 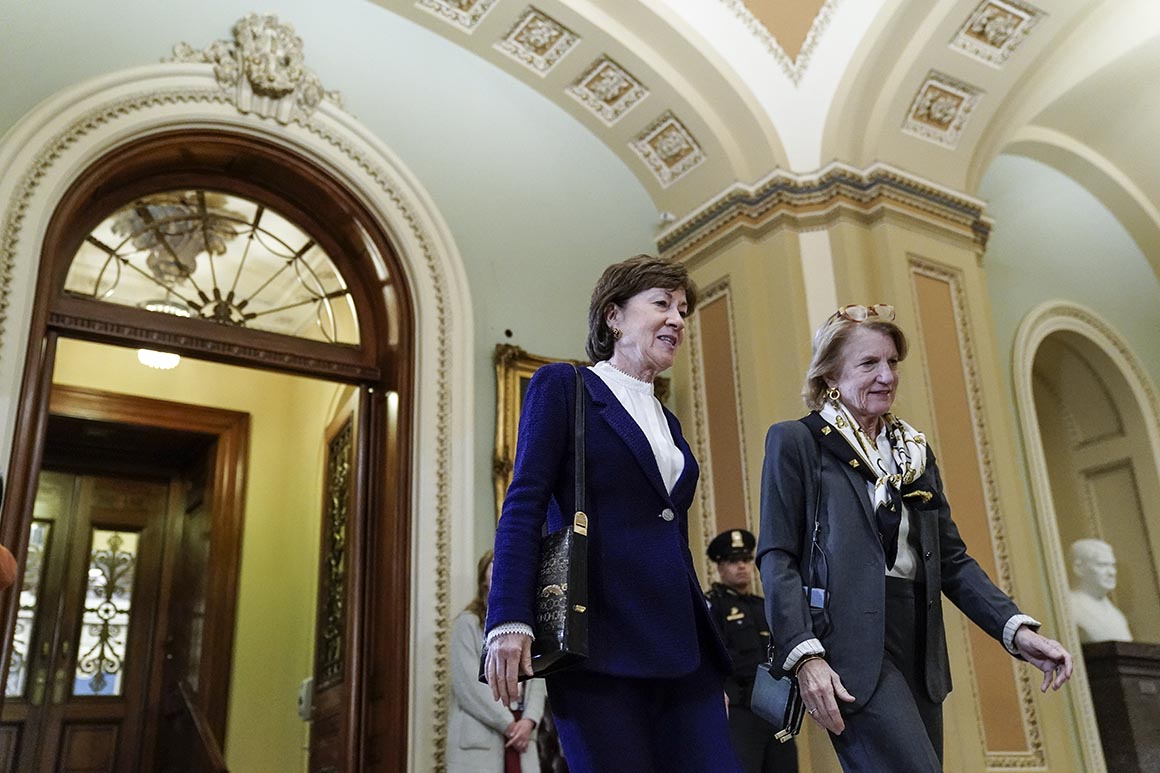 But the push could stall this year as Trump’s poor polling threatens to pull the GOP’s Senate majority down with him. Both Republicans and Democrats note that the women GOP senators in competitive races are not endangered because of their gender, but because of the states they represent and the broader electoral environment facing the party.

“It’s a tough alignment of the stars, because we’ve seen such progress with Republican women in the Senate and it just so happens that it’s a really tough year,” said Janet Mullins Grissom, a veteran Republican strategist and former McConnell chief of staff and campaign manager.

“Fortunately, the female Republican candidates are strong candidates,” Grissom added. “I think we can be optimistic and hopeful that they’ll battle back in what’s been a tough year.”

The four GOP women with difficult races include veteran centrists like Sen. Susan Collins, who is expected to take on Maine state House speaker Sara Gideon, as well as conservative freshman Sen. Joni Ernst of Iowa who faces businesswoman Theresa Greenfield. Meanwhile, McSally is in a tough race against Mark Kelly, a former astronaut married to former Rep. Gabby Giffords (D-Ariz.), and Loeffler faces an intraparty challenge from GOP Rep. Doug Collins and a fight against Democrat Raphael Warnock.

In an interview, McSally rejected that Trump was a drag on the votes of suburban women.

“I’m a suburban, college-educated woman, so this is my demographic,” McSally said. “I’ve given my life to serve others, to break barriers for others … to stand up against discriminating policies like my eight-year battle in the Pentagon over the burka so this is my constituency, man.”

Meanwhile, Loeffler, who was appointed to her seat in December, credits Trump with inspiring her own desire to serve in the Senate. 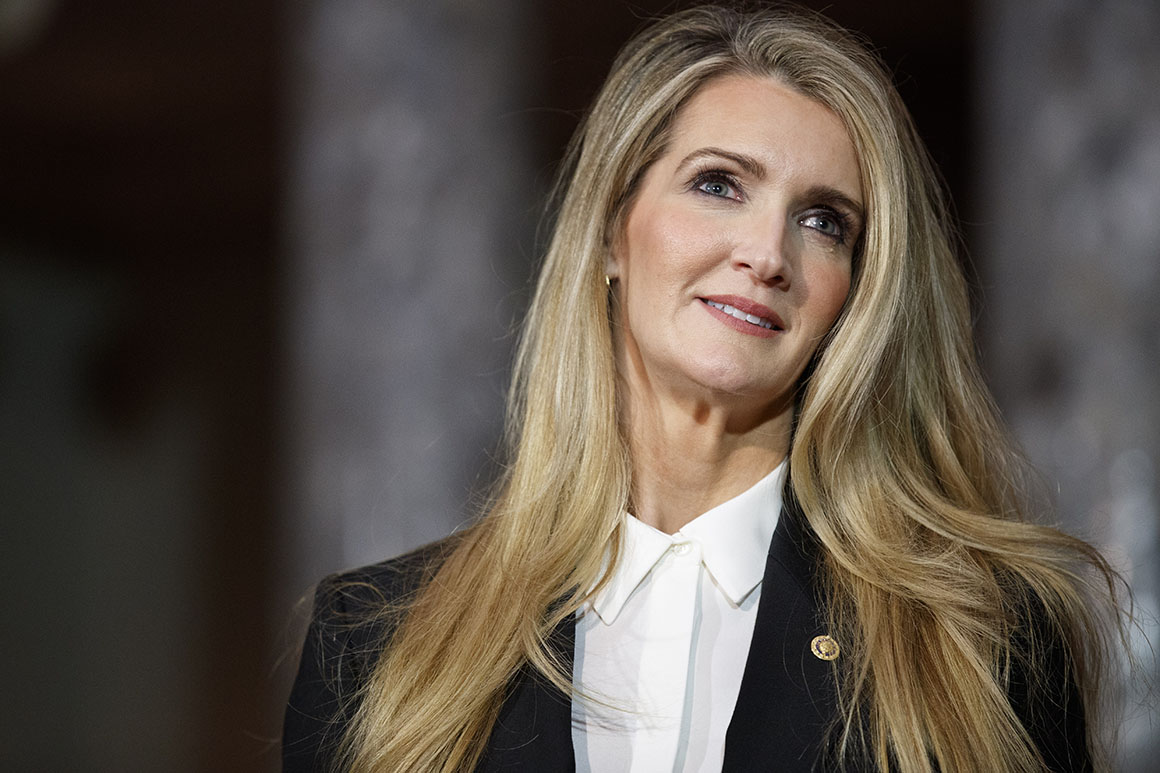 “The party’s been very supportive, Leader McConnell has been incredibly supportive, everyone, I think that we’re doing a great job,” Loeffler said in a recent interview. “In fact, under President Trump, more Republican women are running for office at any time in history.”

But they all face difficult campaigns.

Kelly has significantly outraised McSally since he launched his campaign, and nearly every poll shows McSally losing in a state where Trump is also struggling. Collins faces the toughest and most expensive race of her career, amid a barrage of attacks from the left for her vote for Supreme Court Justice Brett Kavanaugh. A recent internal GOP poll conducted in late June, however, found Collins ahead by 8 percentage points.

Ernst’s race is a toss-up and a recent poll from the Des Moines Register had Greenfield leading as Trump’s poll numbers slip in a state he carried four years ago. And Loeffler has trailed Collins in the polls amid scrutiny over her stock trades during the pandemic, though the FBI and Ethics Committee have since dropped probes on the issue.

Democrats argue that the GOP has a major problem with women voters, fueled mostly by Trump’s divisive presidency, and one that will hurt Senate candidates across the map. National surveys and battleground polls consistently show a major advantage for Joe Biden over Trump with women. Biden had a 22-percentage point lead among women in a recent New York Times national survey, and an even larger lead among college-educated women. Democrats expect similar gender gaps to emerge in Senate contests, some of which are being fought in presidential battlegrounds.

“If you vote with an unpopular president like Donald Trump — who’s doing damage to your state — 96, 97, 98 percent of the time, voters are going to hold you accountable,” said Martha McKenna, a veteran Democratic strategist who ran the Democratic Senatorial Campaign Committee’s independent expenditure program in 2018. “Trump’s ugliness and destruction, and their complicity in that, is an impossible hurdle for them. Women voters are done and that’s true for all of them.”

Democrats have 17 women in their caucus — more than one-third of their party’s senators — and they’ve played key roles in the party’s electoral success in recent cycles. Sens. Kyrsten Sinema of Arizona and Jacky Rosen of Nevada were the only two Democrats to flip GOP-held seats in 2018. This year, the DSCC has endorsed women in Iowa, Maine, Kansas, Kentucky and Texas, all of which could be competitive.

McConnell, meanwhile, has publicly discussed his goal of electing more women to the conference. He made adding GOP women to the Judiciary Committee a priority after the contentious 2018 Kavanaugh confirmation hearings, in which the judge faced sexual assault allegations. Still, most Republicans argue that what matters most is the quality of candidates, not whether they’re men or women.

“I think it’s important to recruit candidates, good people to serve no matter their gender,” said Sen. Deb Fischer (R-Neb.). A campaign spokesperson for Collins emphasized that the Maine Republican has “never thought of herself as a ‘woman’ senator, she is a senator” and “has never solely focused on what some might say are ‘women’s issues,’ instead, she has focused on issues that are important to all Americans.”

Sen. Marsha Blackburn (R-Tenn.), who won her seat in 2018 and joined the Judiciary Committee along with Ernst, said she’d still like to see more recruitment of conservative women and acknowledged that Trump’s numbers “have been up and down with women.” But she said that conservative women overall have an appealing message.

“Most women are center to right,” Blackburn argued. “The economy and safety and security are the top issues with women, and I think we’re good on those.”