Rep. Kinzinger: They claim 'I'm possessed by the devil' 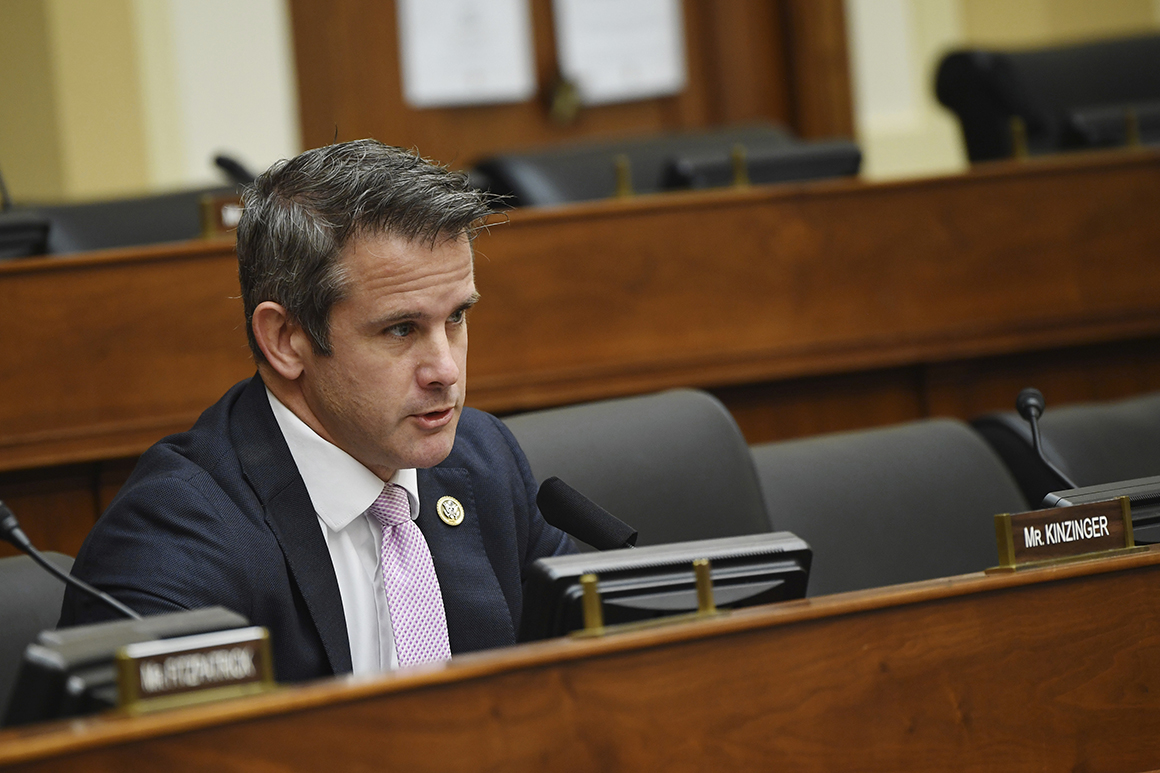 Rep. Adam Kinzinger on Sunday offered a glimpse of what it’s like being one of the 10 House Republicans who voted to impeach former President Donald Trump: Friends and family turned against him, and he was told he’s “possessed by the devil.”

“Look it’s really difficult. I mean, all of a sudden imagine everybody that supported you, or so it seems that way, your friends, your family, has turned against you. They think you’re selling out,” the Illinois congressman said on NBC’s “Meet the Press.”

“I’ve gotten a letter, a certified letter, twice from the same people, disowning me and claiming I’m possessed by the devil.”

In the days after the Jan. 6 insurrection at the Capitol, it appeared Republican leaders had decided to take a stand against Trump, with House Minority Leader Kevin McCarthy saying Trump bore “responsibility” and that he must accept blame for the riot.

But GOP members have begun heading back to the former president. On Thursday, McCarthy met with Trump at his Mar-a-Lago estate in Florida, in a meeting that was later described as “very good and cordial.” The readout was released with a photo of the two men smiling.

“I was disappointed over the last few weeks to see what seemed like the Republican Party waking up and then kind of falling asleep again and saying, ‘Well, you know, what matters if we can win in two years and we don’t want to tick off the base,’” Kinzinger said.

“The photo," he added, "shows that the former president is desperate to continue looking like he’s leading the party.”

Kinzinger has launched a website, Country1st.com, as an effort to refocus the Republican Party’s “conservative principles.”

The Illinois Republican Party is expected to censure Kinzinger for his vote to impeach the president — what he referred to as “GOP cancel culture.” The same has happened for others like GOP Rep. Tom Rice of South Carolina after his vote to impeach. And last week, Rep. Matt Gaetz, (R-Fla.) went to Wyoming to rally against GOP. Rep. Liz Cheney for her moves against Trump.

“If you look at Matt Gaetz going to Wyoming because, what, a tough woman has an independent view and he doesn’t want to have to go out and explain why he didn’t vote for impeachment, that’s totally GOP cancel culture," Kinzinger said. "What we’re standing for, and I think what, frankly, a significant part of the base wants, is to say, ‘Look, we can have a diversity of opinion.’”

Outside of the intraparty chaos surrounding the former president’s impeachment, Republicans are also butting heads over the behavior of one of their own.

House Republicans are trying to distance themselves from Rep. Marjorie Taylor Greene (R-Ga.) after hours of Facebook videos surfaced in which she expresses racist, Islamophobic and anti-Semitic views.

Kinzinger said the people have the right to choose their representatives, and that he isn’t sure he supports evicting the congresswoman. But he said he would vote her off committees to “take a stand.”

Xiaomi Air Charge claims it’s capable of 5W wireless charging over several meters, but is it?