‘Politics isn’t about the weird worship of one dude’: Sasse shoots down Nebraska censure motion 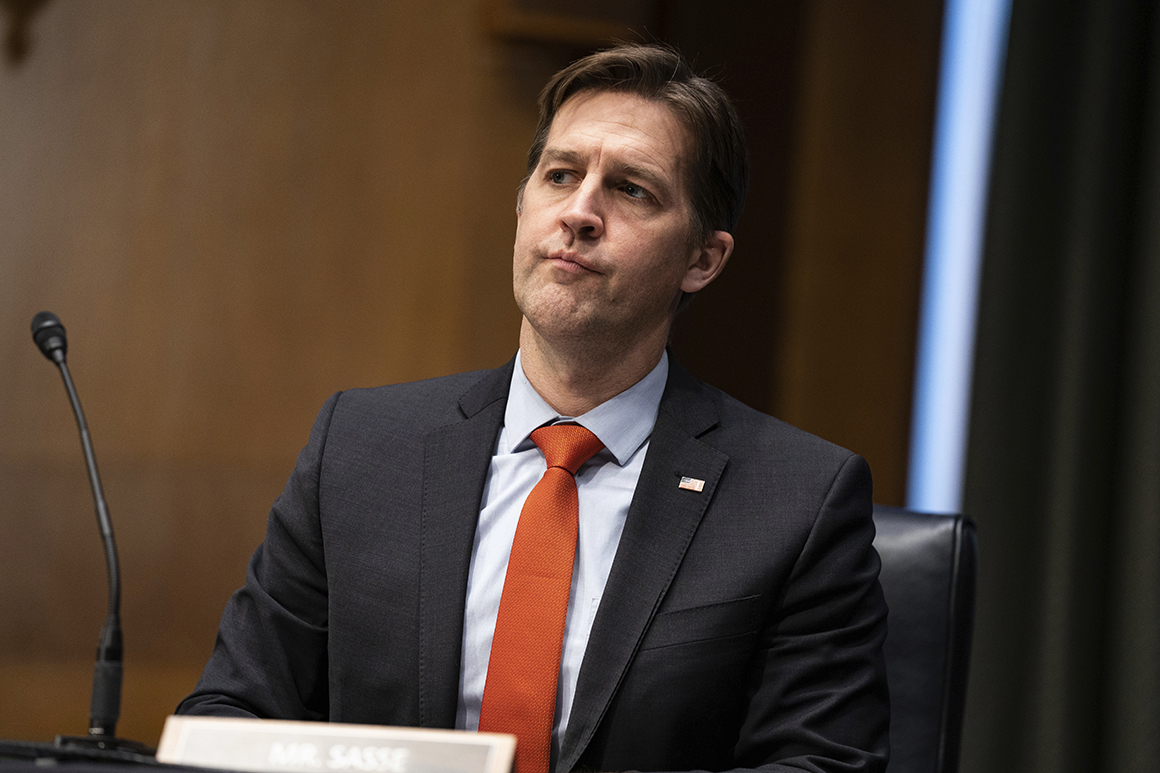 “Politics isn’t about the weird worship of one dude,” Sasse said. “The party can purge Trump skeptics. But I’d like to convince you that not only is that civic cancer for the nation, it’s just terrible for our party.”

A handful of big-name Republicans have faced outcries from their home states in the wake of Trump’s impeachment. The Arizona Republican Party voted to censure Cindy McCain, widow of Sen. John McCain, and former Sen. Jeff Flake after both criticized Trump. Rep. Liz Cheney, the No. 3 Republican in the House, has faced blowback in Wyoming after she voted to impeach Trump for inciting the Capitol riots, and Rep. Matt Gaetz (R-Fla.) even went to her home state to campaign against her to a crowd of more than 800 people.

In his video statement, Sasse cast himself as a loyal conservative and differentiated between his constituents and members of the State Central Committee. He said very few Nebraska voters “are as angry about life as some of the people on this committee.”

The senator added that his criticisms of Trump after the riots were in line with his past actions against Trump, including declining to vote for him in 2016 and 2020. He also said the party’s anger against him was not about his ideology, noting that he is one of the most conservative members of the Senate. Rather, he said, his party was dissatisfied with his “not bending the knee” to Trump.

Sasse also used the video to reiterate his disdain for Trump’s behavior between Election Day and his departure from office, when Trump continuously spread false claims that the election was stolen from him. Sasse said the Capitol riot “happened because the president lied to you” and because Trump “riled a mob that attacked the Capitol — many chanting ‘hang Pence.’”

“If that president were a Democrat, we both know how you’d respond,” Sasse said. “But, because he had Republican behind his name, you’re defending him.”

The censure motion isn’t the only one Sasse faces in the state. The Scotts Bluff County GOP indicated on Wednesday that it would move to censure Sasse, and wrote an open letter decrying the senator after its members were unable to get in touch with him, according to The Scotts Bluff Star Herald.

The chair of the Scotts Bluff county party, Kolene Woodward, told Star Herald: “We’re terribly frustrated that he’s just ignoring us, so we thought if we put an open letter, perhaps someone on his staff would read it and let him know, we have introduced a resolution for our state central committee meeting next weekend at the county level to censure him.“

Top 10 hardware sold on Amazon, what you bought