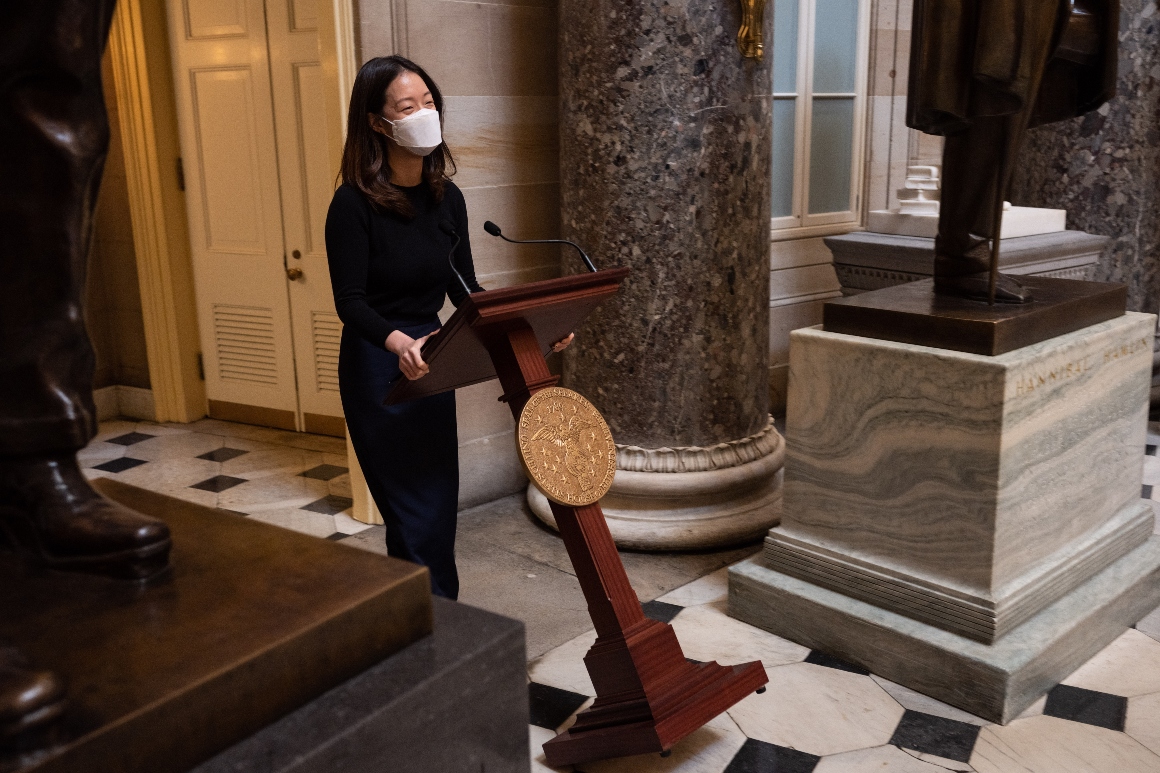 A congressional staffer wheels a lectern back to its place in the U.S. Capitol on Jan. 13, 2021, in Washington, D.C. | Stephen Voss for POLITICO

House Speaker Nancy Pelosi plans to use for a press event Wednesday afternoon the same lectern that a rioter dragged through the halls of the Capitol during last week’s insurrection, her office confirmed to POLITICO.

A member of the violent pro-Donald Trump mob that stormed the Capitol last week went viral after being photographed parading with the lectern through the building. Pelosi spokesperson Drew Hammill said the lectern never left the Capitol and was simply moved from the speaker’s office to the Senate side of the building.

The lectern was photographed being carried through the rotunda Wednesday.

Twitter CEO says banning Trump was not a decision to “celebrate,” but an action with “real and significant ramifications”