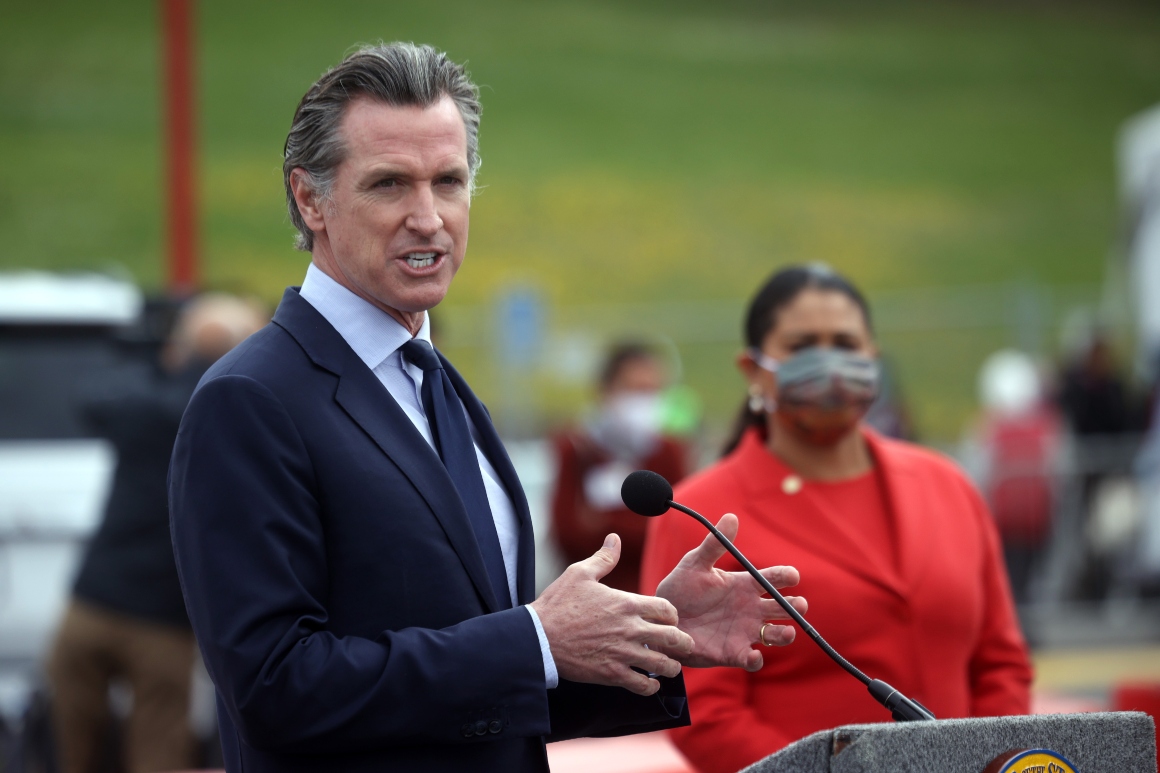 The governor last fall asked state lawmakers to send him a fracking ban, but that was well before the recall became a real possibility. Newsom said this year he still supported the idea; environmentalists, however, say he did nothing to muscle it through the Capitol, and some suspect he preferred to avoid having to deal with a matter opposed by major business interests — and by his allies in labor.

“Governor Newsom got exactly what he wanted with the outcome of this vote,” Food & Water Watch California director Alexandra Nagy said in a statement. “He sent a fracking ban to the legislature knowing that the oil lobby would easily kill it. He was counting on it. If Newsom wants to be a real climate leader, he needs to take the mantle up himself and enact 2,500 foot setbacks and ban fracking immediately.”

Environmentalists and labor unions represent key bastions of support for Newsom, but they have increasingly been at odds over California’s climate agenda, forcing the governor to balance his commitment to phasing out fossil fuels with preserving unionized jobs in the energy industry.

“I expect that my labor clients will be all in to defeat the recall,” said Scott Wetch, a lobbyist representing pipefitters and plumbers that opposed the oil drilling bill. “We’re going to talk to our members, we’re going to knock on hundreds and thousands of doors, we’re going to be there reminding people what’s at stake.”

Green groups are still hoping to resurrect the fracking ban and keeping pressure on the governor to put limits on how close drilling can occur to schools, homes and other sensitive sites.

“This is where his values and ethics are going to be shown,” said Center on Race, Poverty and the Environment community organizer Juan Flores. If Newsom distances himself from policies to limit fossil fuels, “then he is automatically recalling himself, because the remainder of his term, we already know what he’s going to do, which is trying to save his political career.”

Those moves, however, did not save Davis in the end. He was toppled by Arnold Schwarzenegger, the action movie star who went on to serve two terms as governor — the last Republican to hold that office in California.

Democratic allies are hoping they can defend Newsom while still advancing their priorities. Last year, the governor vetoed a labor priority bill that would have compelled hospitality businesses to prioritize rehiring workers who lost work due to the coronavirus. A Southern California hospitality workers union excoriated Newsom at the time, saying “the most powerful elected Democrat in the state sided with the wealthy hotel owners” over “hardworking hotel workers.”

The Newsom administration has negotiated a narrower version of that measure that’s speeding through the legislative process.

“We’re not for [the] recall because it’s a terrible distraction,” said UNITE HERE Local 11 co-president Susan Minato said that “we’re going to do our part with making sure California stays with a Democratic governor.”

How to Wear Leggings For Spring/Summer 2021