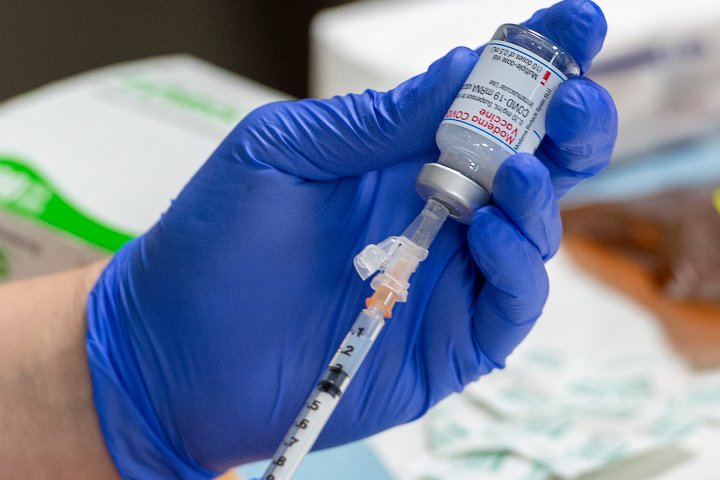 Moderna says its COVID-19 vaccine is more than 90 per cent effective against the virus at least six months after receiving a second dose.

Referencing data released Tuesday from its Phase III clinical trial, the pharmaceutical giant said in a press release its vaccine was up to 95 per cent effective against “severe cases of COVID-19.”

Moderna also said its vaccine booster geared towards variants of concern showed an increase in “neutralizing titres” against known strains of the virus. A titre is laboratory test that measures the presence and amount of antibodies in blood.

“The new preclinical data on our variant-specific vaccine candidates give us confidence that we can proactively address emerging variants,” the press release said.

The mRNA vaccine developer said the vaccine’s efficacy kicked in two weeks after the second dose. Data from the Phase III clinical trial evaluated over 900 cases of COVID-19 until April 9, including more than 100 severe cases of the virus.

The news comes after a study published in the New England Journal of Medicine on April 6 found antibodies produced by Moderna’s vaccine maintained a 94 per cent efficacy rate that began 180 days after the second dose.

Furlough: How can you report furlough fraud? Is it anonymous? | Personal Finance | Finance

Joy for U.K. pubs and hugs threatened by rise in COVID-19…

Long work hours can be deadly. WHO says COVID-19 may have…

Joy for U.K. pubs and hugs threatened by rise in COVID-19 variant…

Long work hours can be deadly. WHO says COVID-19 may have…