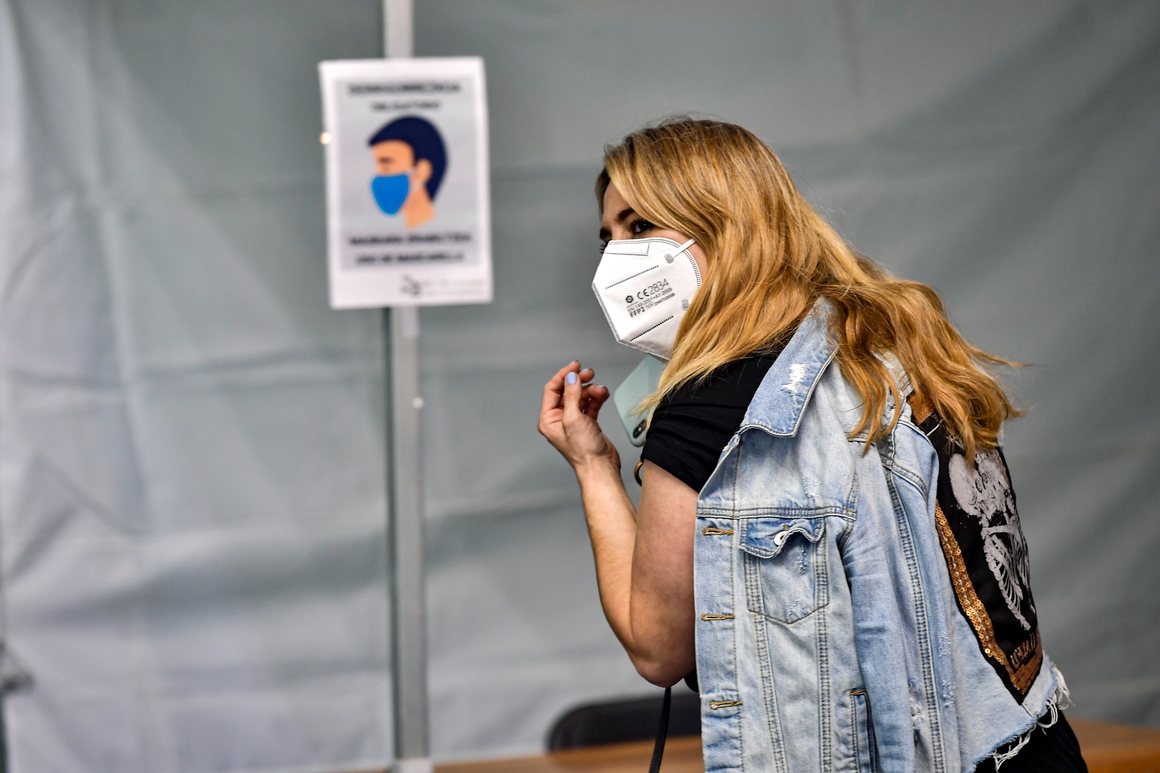 MADRID — Spain’s conservative Popular Party (PP) won its fourth consecutive majority in the northwestern region of Galicia Sunday, but performed poorly in the Basque Country in the country’s first elections since the coronavirus pandemic.

National PP leader Pablo Casado had been aiming to make up for his dismal electoral record in the two regional votes, but it was a mixed result for his party: Nationalist parties dominated in the northern Basque region and Socialists held their ground in both elections.

Under candidate Alberto Núñez Feijóo, the regional leader of Galicia since 2009, the PP secured 42 seats in the 75-seat regional parliament with nearly all votes counted, one more than in the 2016 election.

Núñez Feijóo is the most prominent voice on the moderate wing of the PP, which is the main opposition force in Spain’s national parliament, and is seen as a potential rival to Casado. Therefore the results could be used by Casado’s critics to suggest he tone down his combative approach as opposition leader.

The leftist Galician Nationalist Bloc (BNG) more than tripled its parliamentary presence to win 19 seats and become the region’s second-biggest force. The group overtook the Socialists, who maintained their 14 seats. The left-wing Galicia en Común alliance, which is led by the far-left Podemos party and has been riven by infighting, was left without representation.

The Basque election dealt a bigger blow to the PP, which ran on an experimental joint ticket with Ciudadanos — a party that shares its strident unionism and has previously never held a seat in the region. Together the two parties won five seats, four fewer than the PP won in 2016 when running alone.

The moderate Basque Nationalist Party (PNV) came out on top overall, slightly increasing its seat share to 31 — seven short of a majority. The party’s candidate Iñigo Urkullu has been the president of the region since 2012.

The leftist pro-independence EH Bildu won 22 seats, ensuring an increase in the overall nationalist majority. However, the PNV is expected to continue to rely on the help of the Socialists to govern. That arrangement has been reciprocated in recent months in the Spanish congress, where the Socialist Workers’ Party (PSOE) of Prime Minister Pedro Sánchez governs in a coalition with Podemos.

The Basque Socialists made light gains, securing 10 seats. On a disastrous night for Podemos, the party’s Basque ticket won only six seats.

The far-right Vox party will make its debut in the Basque parliament with one seat.

The two ballots had been postponed from April due to the COVID-19 crisis and there were calls from local opposition leaders for voting in some areas to be delayed again. The 70,000 inhabitants of A Mariña, on Galicia’s Atlantic coast, were quarantined from Monday until Friday due to an outbreak of the coronavirus. In the Basque region, the town of Ordizia has also seen a spike in infections recently.

In both regions, voting went ahead as scheduled, with extra safety measures. However, around 250 Galicians and several dozen Basques were not allowed to vote because they had tested positive for the coronavirus recently.