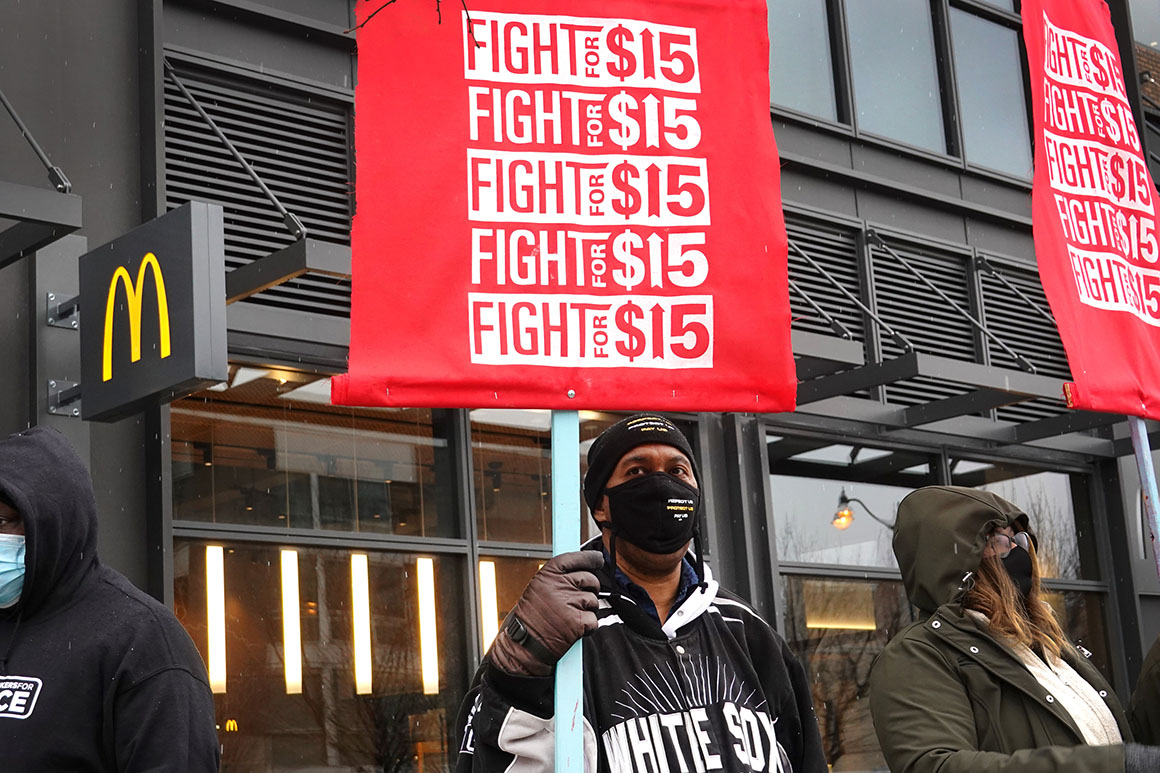 Demonstrators participate in a protest outside of McDonald’s corporate headquarters on January 15, 2021 in Chicago, Illinois. | Scott Olson/Getty Images

Sen. Bernie Sanders’ bill to hike the federal minimum wage to $15 an hour would grow the deficit by $54 billion over a decade, Congress’ independent budget scorekeeper estimated Monday.

That prediction of a deficit pile-up could work in Sanders’ (I-Vt.) favor as he fights to include the minimum wage increase in the package Democrats are crafting to enact President Joe Biden’s $1.9 trillion stimulus plan.

Biden cast doubt Friday on whether the minimum wage provisions would pass Senate rules on what can be included under reconciliation, the process Democrats are readying to be able to clear the stimulus package with just 51 votes in the Senate. “I don’t think it’s going to survive,” Biden said.