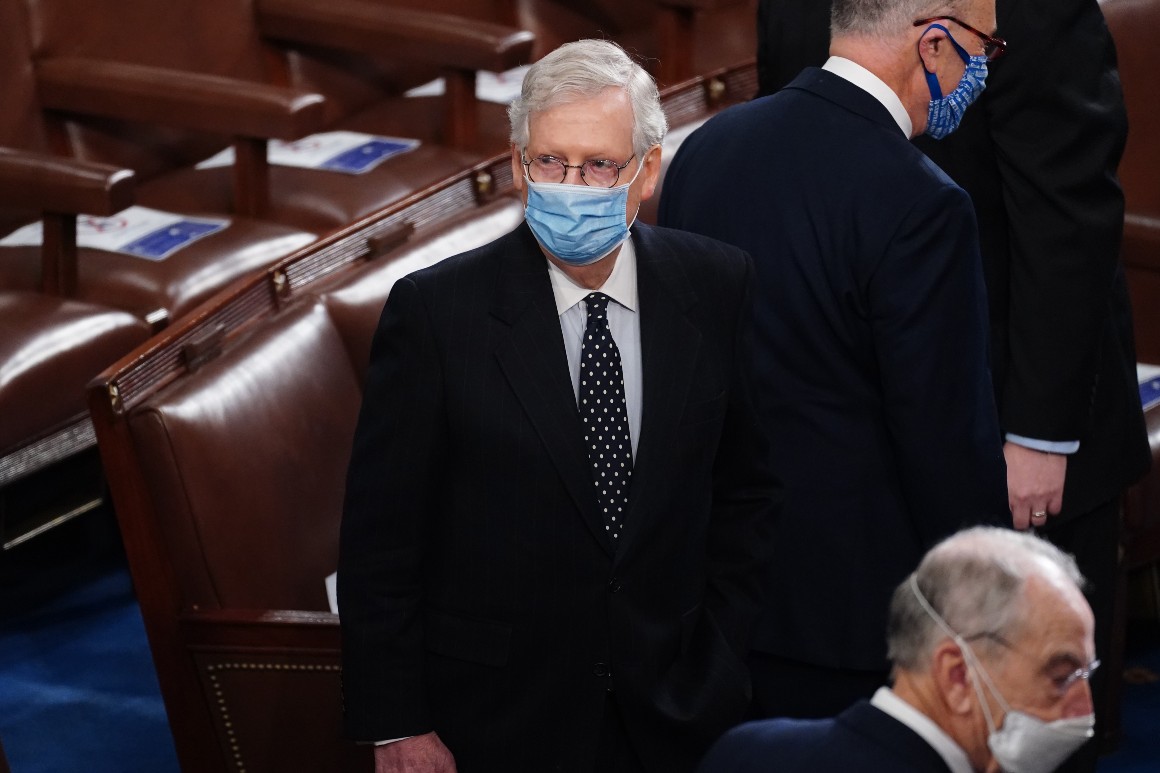 The Kentucky Republican characterized Wednesday’s vote as the most important he’d ever cast in his 36 years in the Senate.

“I will not pretend such a vote would be a harmless protest gesture while relying on others to do the right thing,” McConnell said. “I will vote to respect the people’s decision and defend our system of government as we know it.”

McConnell’s remarks come as more than a dozen Senate Republicans are planning to object to the certification of a handful of states, following Trump’s unsubstantiated claims of widespread voter fraud. Sen. Ted Cruz (R-Texas), who is leading one effort, is calling for the establishment of a ten-day electoral commission to investigate fraud allegations, which he acknowledged Tuesday is “extraordinarily uphill.”

Last month, McConnell warned his caucus that challenging the election results would be a “terrible vote” and has urged his members to follow their conscience. And on Wednesday, McConnell resoundingly rejected Trump’s fraud claims, calling them “extraordinarily thin.”

“We’ll either hasten down a poisonous path where only the winners of an election actually accept the results or show that we can still muster the patriotic courage that our forebears showed not only in victory but in defeat,” McConnell said.

Trudeau is ‘concerned’ by violence in D.C., says he hopes it ‘will calm down’ – National

The GOP’s answer to its post-Trump blues: More Trump

The GOP’s answer to its post-Trump blues: More Trump