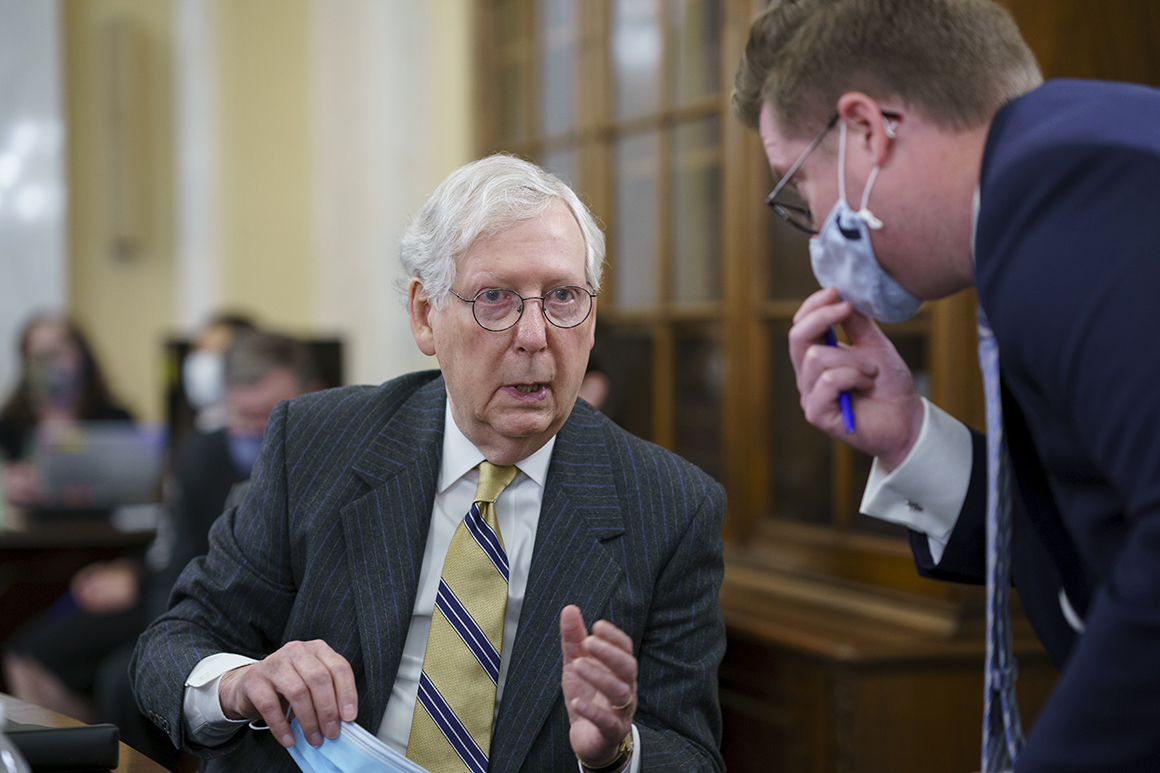 Senate Minority Leader Mitch McConnell turns to an aide as the Senate Rules Committee holds a hearing at the Capitol on March 24, 2021. | J. Scott Applewhite/AP Photo

Mitch McConnell on Thursday ruled out support from his Republicans for President Joe Biden’s new infrastructure plan, all but ensuring that the proposal will have to pass with lockstep Democratic unity in the Senate.

At an event in Kentucky, the Senate Republican leader pilloried the $2.5 trillion infrastructure proposal as exacerbating the debt and raising taxes. McConnell said the bill would not get a single Senate GOP vote, despite the White House’s bipartisan outreach.

“That package that they’re putting together now, as much as we would like to address infrastructure, is not going to get support from our side. Because I think the last thing the economy needs right now is a big, whopping tax increase,” McConnell told reporters.