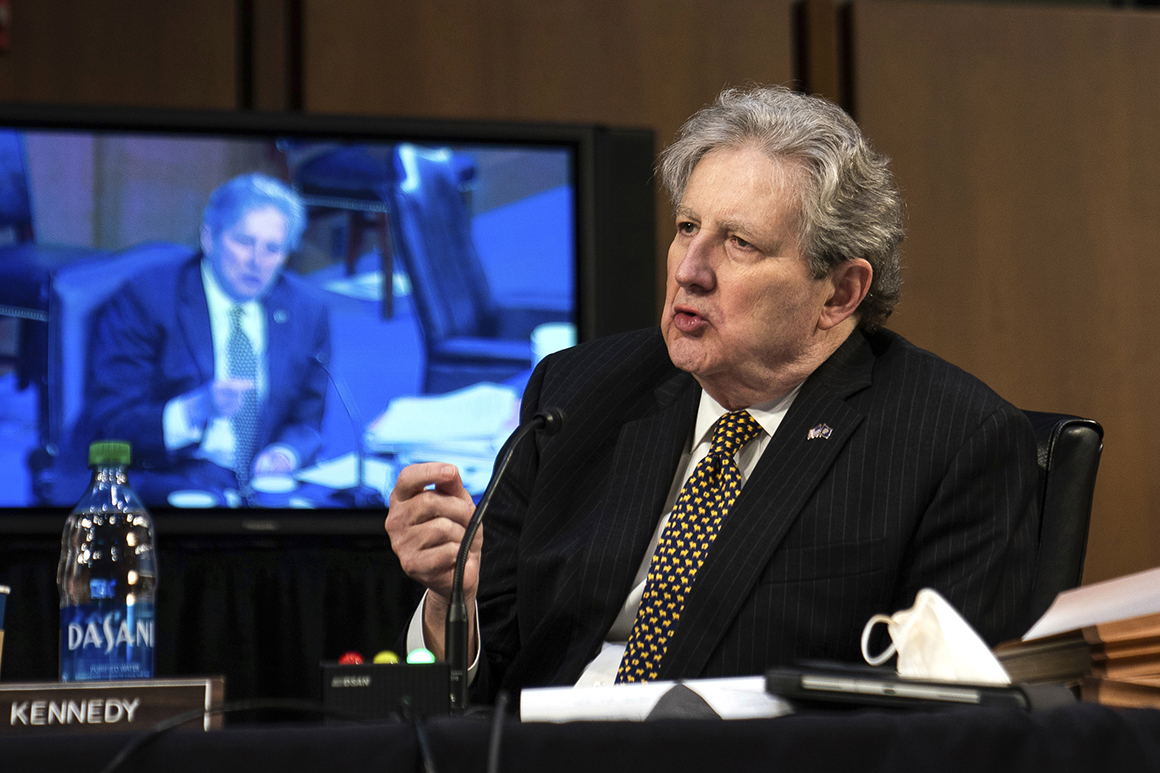 He offered the apology after an interview on an another subject but said he had “felt bad about that all day” on Wednesday after tagging Tanden with the barb.

Kennedy is known for colorful language — and insults. He once said former Sen. John McCain (R-Ariz.) was tough as a “boiled owl” and remarked of Speaker Nancy Pelosi: “It must suck to be that dumb.” He said during Tanden’s confirmation hearing that she had called Sen. Bernie Sanders (I-Vt.) everything but an “ignorant slut,” a reference to a decades-old “Saturday Night Live” sketch.

His apology comes after women’s rights activists and progressive Democrats spoke out to defend Tanden, as well as two other Biden nominees of color, in the face of what they saw as a double standard applied to the aspiring budget chief’s teetering nomination.

The White House has defended Tanden amid opposition from at least one Senate Democrat and a united GOP conference. It’s not clear, however, when she might come to a committee vote after her scheduled consideration time was postponed on Wednesday.