Karl Rove scolds Trump for recent tweets: ‘I don’t see that those advance his cause at all’ 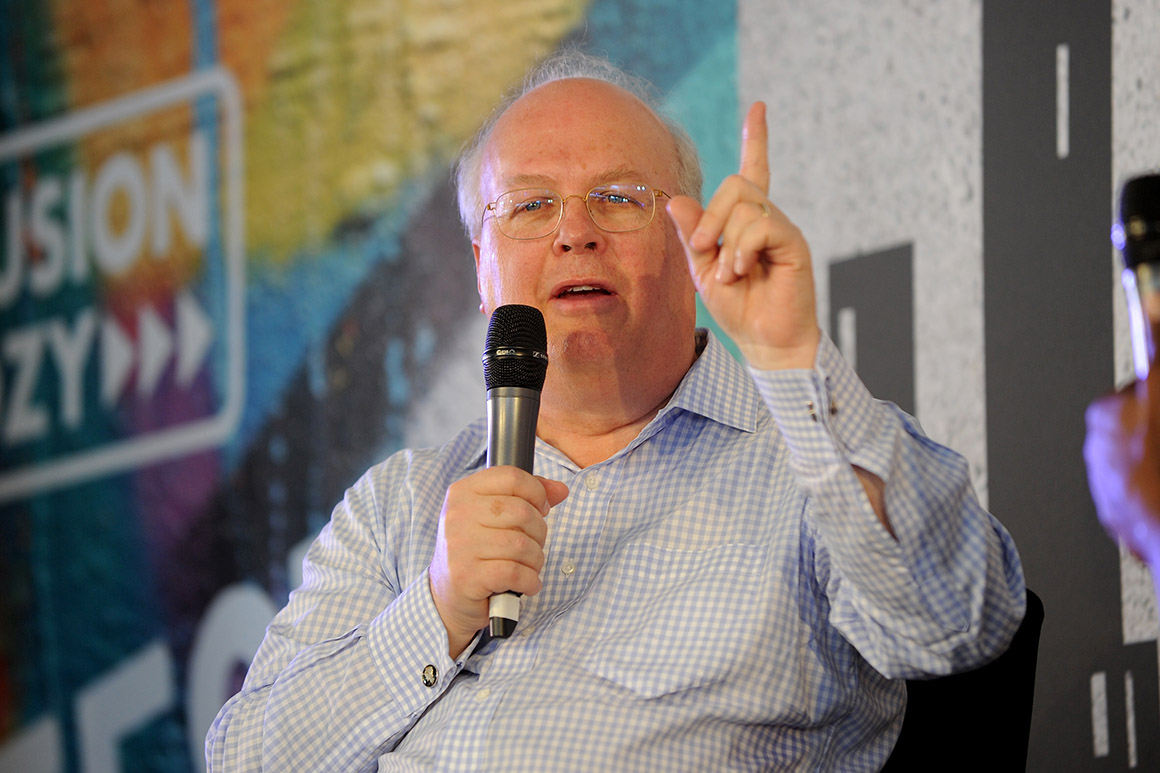 Veteran Republican strategist Karl Rove on Tuesday expressed new frustration with Donald Trump’s erratic messaging, arguing a recent pair of incendiary tweets from the president represented yet another act of self-sabotage inflicted upon his reelection campaign.

The stern remarks from Rove, who POLITICO reported last month is advising the Trump campaign, came after the president warned supporters in a speech Friday at Mount Rushmore of a “left-wing cultural revolution” that was “determined to tear down every statue, symbol and memory of our national heritage.”

Trump echoed that divisive rhetoric Saturday in a White House address ostensibly intended to celebrate July 4, asserting the United States was “now in the process of defeating the radical left, the Marxists, the anarchists, the agitators, the looters and people who, in many instances, have absolutely no clue what they are doing.”

Although Rove assessed that Trump delivered a “remarkable speech” at Mount Rushmore that “talked about American values and American heroes,” he criticized the president for following up his scripted weekend appearances with two controversial social media posts Monday.

In those tweets, Trump blasted NASCAR’s decision to ban the Confederate flag from its races and demanded an apology from the sport’s top Black driver, Bubba Wallace. He also reprimanded the Washington Redskins and Cleveland Indians for announcing they would review potential name changes for their sports franchises after years of pressure from Native American groups.

Has @BubbaWallace apologized to all of those great NASCAR drivers & officials who came to his aid, stood by his side, & were willing to sacrifice everything for him, only to find out that the whole thing was just another HOAX? That & Flag decision has caused lowest ratings EVER!

“The question is, did what the president tweeted on Monday advance the cause that he laid out on Saturday? And I think the answer is an unambiguous no. It did not,” Rove told Fox News. “The president has a limited number of days between now and the election. And when he tweets, it’s a powerful message. And the question is, does that message continue to advance the narrative that he and those around him decided that he would lay out on [Friday] at Mount Rushmore? And the answer is no, it didn’t.”

Rove also weighed in on Monday’s White House news briefing, where press secretary Kayleigh McEnany admonished reporters for not asking about a spate of gun violence across the country over the holiday weekend. Rove suggested Trump’s tweets had distracted from media coverage of the shootings.

“I saw the press secretary yesterday say to the White House press corps, ‘Why aren’t you asking about all of the violence that was in our American cities over the weekend?’” he said, adding: “That was a good question. But the answer is because the president didn’t tweet about that. He tweeted about Bubba Wallace and the Confederate flag and NASCAR. And I don’t see that those advance his cause at all.”

Rove has not hesitated to acknowledge Trump’s diminished political standing, conceding two weeks ago on Fox News that “the president is behind” former Vice President Joe Biden in the race for the White House roughly four months from Election Day.

In a Wall Street Journal op-ed published last Wednesday, Rove wrote the Trump campaign “must admit that a reset is needed,” and he implored Trump again last Friday to articulate an agenda for a potential second term. “No president gets reelected by saying, ‘I’ve done a good job,’” Rove told Fox News.

Virtually all public polling shows Trump trailing Biden by substantial margins nationally, with the presumptive Democratic nominee bolstering his leads in the same swing states Trump captured in 2016 to win office. Only 38 percent of Americans currently approve of the job Trump is doing as president, according to a Gallup poll published Monday.