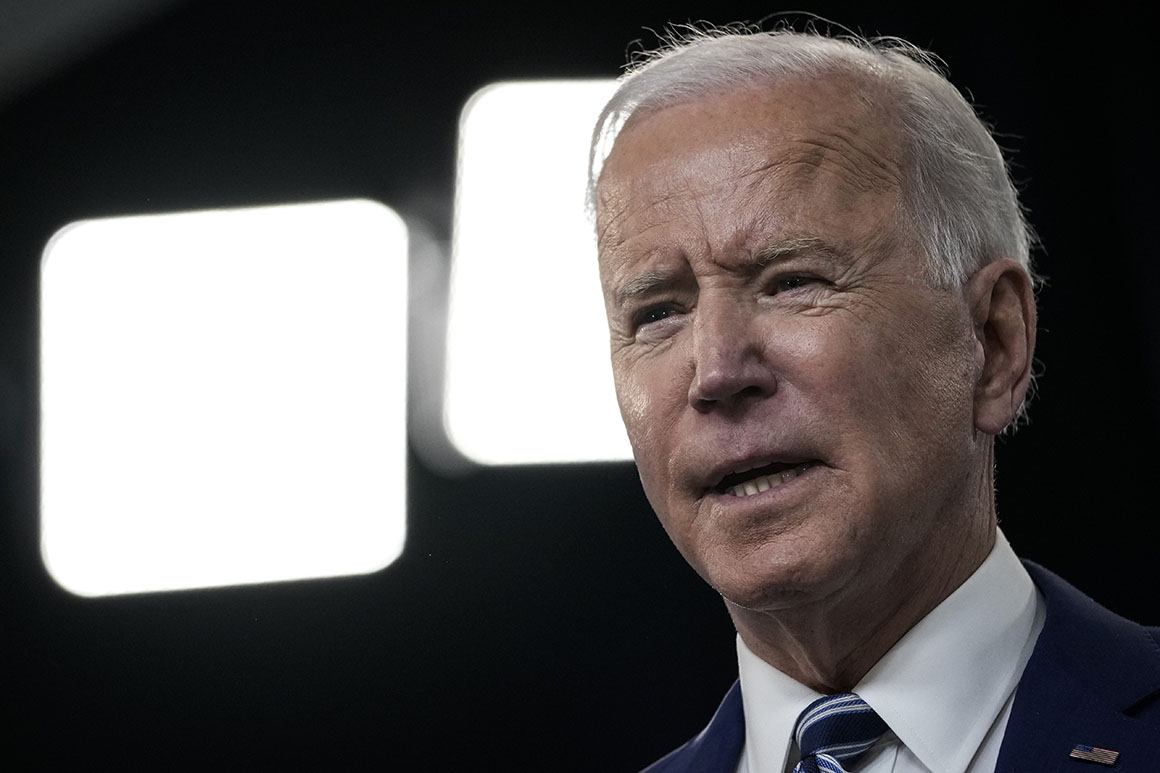 “Three votes. Three votes,” Rep. Emanuel Cleaver (D-Mo.) said in an interview. “It’s tough in the House with how tight things are, but I think it will be approved. … I don’t mean it will be approved easily and people will be laying outside on the grass while the vote’s going on, sipping on iced tea. It’s going to be hard work.”

The infrastructure debate amounts to a political ultra-marathon for Biden and his Democratic-led Congress, a stark contrast with the mostly breezy path to approving Biden’s $1.9 trillion pandemic relief bill. Party leaders will be under immense pressure from their base to deliver, while also protecting the political future of their most endangered members, some of whom are already anxious about GOP attacks on proposed tax hikes, ahead of the midterm elections.

Pelosi has privately told her caucus that she aims to get the package through the House by the Fourth of July — an aggressive timeline that would give leadership roughly six weeks in session to finish assembling the package and secure the votes. Some senior Democrats are already warning that timeline could slip.

“The bigger it is, the more finesse you’ve got to have,” centrist Rep. Henry Cuellar (D-Texas) said in an interview. “Highways, infrastructure? Easy. Water projects? Easy. How you pay for it? Let’s take a look. And if you start adding climate? Well, what exactly are you talking about?”

Democrats so far have mostly praised the package, though some are already itching to put their own stamp on the bill. And with local projects at the center of the package, virtually every lawmaker will become a de facto lobbyist for their home-state priorities, from the $10 billion-plus Gateway Tunnel in New York to the $2.5 billion replacement for Cincinnati’s Brent Spence Bridge.

“I’m sure I’m like a lot of Democrats: I want to make sure that Virginia’s needs are taken care of in a package like this,” said Sen. Tim Kaine (D-Va.). “Every Democrat will be asking about the same thing.”

Senate Finance Committee Chair Ron Wyden (D-Ore.) pointed to Biden’s proposal to expand broadband access as one area he wanted to see accelerated. But, he stressed, lawmakers need to act as quickly as possible: “I believe that Congress needs to get it done this year.”

Biden’s rollout appeared designed to appeal to the GOP, and the president called Senate Minority Leader Mitch McConnell ahead of the formal unveiling. But Republicans say the White House is just paying lip service to Biden’s bipartisanship pledge — or trying to redefine it altogether. The president’s party muscled its Covid relief bill through Congress without a single GOP vote, marketing the package as bipartisan because it polled well with 75 percent of voters.

Democrats haven’t fully given up on getting GOP votes for the infrastructure effort; several, including Kaine, said they would keep trying. But even if Schumer uses the filibuster-proof protections of the budget process to pass the massive bill, Senate rules may stop him from getting Biden’s complete proposal to a floor vote.

Perhaps the biggest elbow Biden’s infrastructure package throws at Republicans is its move to pay for new spending on roads, bridges and clean energy by partly undoing their 2017 tax cut bill, their signature legislative accomplishment in the Trump era. Texas Rep. Kevin Brady, the House Ways and Means Committee’s top GOP member, said the proposed business tax hikes are a non-starter for Republicans and only served as more proof that Biden isn’t serious about attracting their support.

“Democrats don’t give a flip discussing infrastructure with Republicans,” Brady said in an interview, or else they “would not have proposed a business rate that is worse than China and equal to Syria and France.”

“It is a major economic blunder,” he added.

Democrats defended Biden’s plan to pay for the package as only a partial easing of the corporate tax cuts the GOP passed. The White House’s proposal would raise rates to a level that’s still lower than the 35 percent corporate tax that Republicans slashed in 2017.

“If you talk to many of those in corporate America … I think the 28 percent corporate tax structure does not take away their competitiveness on a global scale,” Rep. Gregory Meeks (D-N.Y.) said in an interview, noting that the tax rate set under Trump was “far too low.”

But it’s not just the proposal’s tax hikes that frustrate the GOP. Wyoming Sen. John Barrasso, the top Republican on the Energy and Natural Resources Committee, called the plan an “out-of-control socialist spending spree” and urged Biden to look at a bipartisan highway bill instead.

Biden’s first legislative rollout focused on the $2.5 trillion infrastructure plan, though his administration has told lawmakers that it will unveil the second phase in two weeks. That follow-up measure will include an expansion of healthcare access, including the Affordable Care Act, and other social welfare programs. Democrats have not yet decided whether to combine those two plans into a single package on the floor, though some Democratic Hill sources said it’s likely his best chance to get both priorities passed.

Bringing every Democrat aboard such a legislative ocean liner won’t be easy, and some fissures within the party are already beginning to surface.

The head of the Congressional Progressive Caucus, Rep. Pramila Jayapal (D-Wash.), said the bill fell short and called for it to be “substantially larger in size and scope.” But across the Capitol, an aide to a progressive senator noted that the package includes several priorities for the left, including child care, the electrification of vehicles and the corporate tax hike.

Repealing the Trump-era limit on state and local tax deduction — known as the SALT deduction — could also be a point of contention for a handful of blue-state House Democrats.

Rank-and-file Democrats are especially eager to flex their muscles in the upcoming infrastructure debate, after a largely top-heavy process to assemble the Covid relief bill. After Biden took office, Democrats faced immense pressure to fall in line so they could deliver his first legislative victory while also providing much-needed pandemic aid to the country. But the dynamic is different this time around, some lawmakers said.

“The first package was obviously a pandemic, an emergency. It was his first ask. It was wildly popular,” said one Democratic lawmaker, who spoke candidly on condition of anonymity. “This one, it’s different territory.”

Biden has dramatically stepped up his outreach to the Hill ahead of his formal unveiling on Wednesday night.

And while Democrats are aiming to make substantial progress by the summer, even White House aides acknowledged that getting the plan shaped into law will take time.

“We’re willing to go through the process and have conversations on the Hill,” said White House Deputy press secretary Karine Jean-Pierre. “We’re just going to see how it goes.”