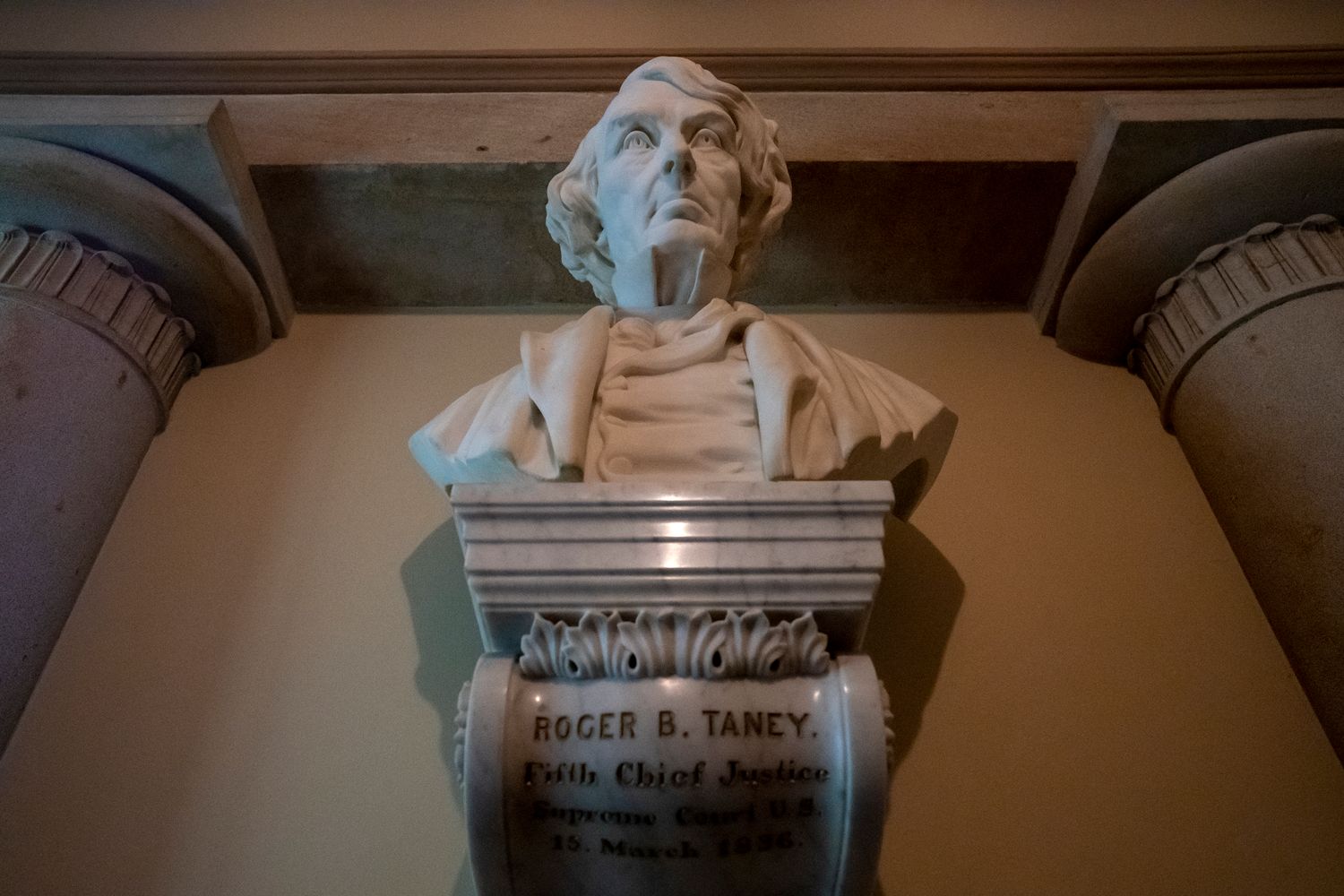 Scott — an enslaved person — sued for his freedom in a case that spanned a decade and reached the highest court in the country.

But Taney denied Scott’s case on the basis that enslaved people could not sue in federal court because they could never become citizens. The ruling also said the federal government could not ban slavery in its territories.

Hoyer’s bill, which was introduced in early March, would remove Taney’s bust from the entrance of the old Supreme Court chamber at the Capitol and replace it with a bust of Justice Thurgood Marshall — the first Black Supreme Court justice. Congressional Black Caucus Chair Karen Bass (D-Calif.) and House Rules Chair Jim McGovern (D-Mass.), along with five other Democratic members of Maryland’s House delegation, are co-sponsors of the bill.

In June, House Speaker Nancy Pelosi called for the removal of nearly a dozen statues of Confederate leaders from the Capitol. The day before Juneteenth, Pelosi also ordered four portraits of former House speakers who served in Confederacy to be taken down from the halls of the Capitol.

“It is far past time where people ought not to be celebrating the Confederacy, but understanding that it was an aberration,” Hoyer said. “Unfortunately, it was a widespread aberration, but an aberration of our principles.”

Beyond Capitol Hill, demonstrators protesting racism have sought to tear down statues of Confederate leaders and American enslavers. President Donald Trump has opposed the destruction of memorials to controversial historical figures and is turning the issue into an aspect of his reelection campaign.

Heather Caygle contributed to this report.

‘They’ll freeze them out’: Democrats fear Senate Republicans will…