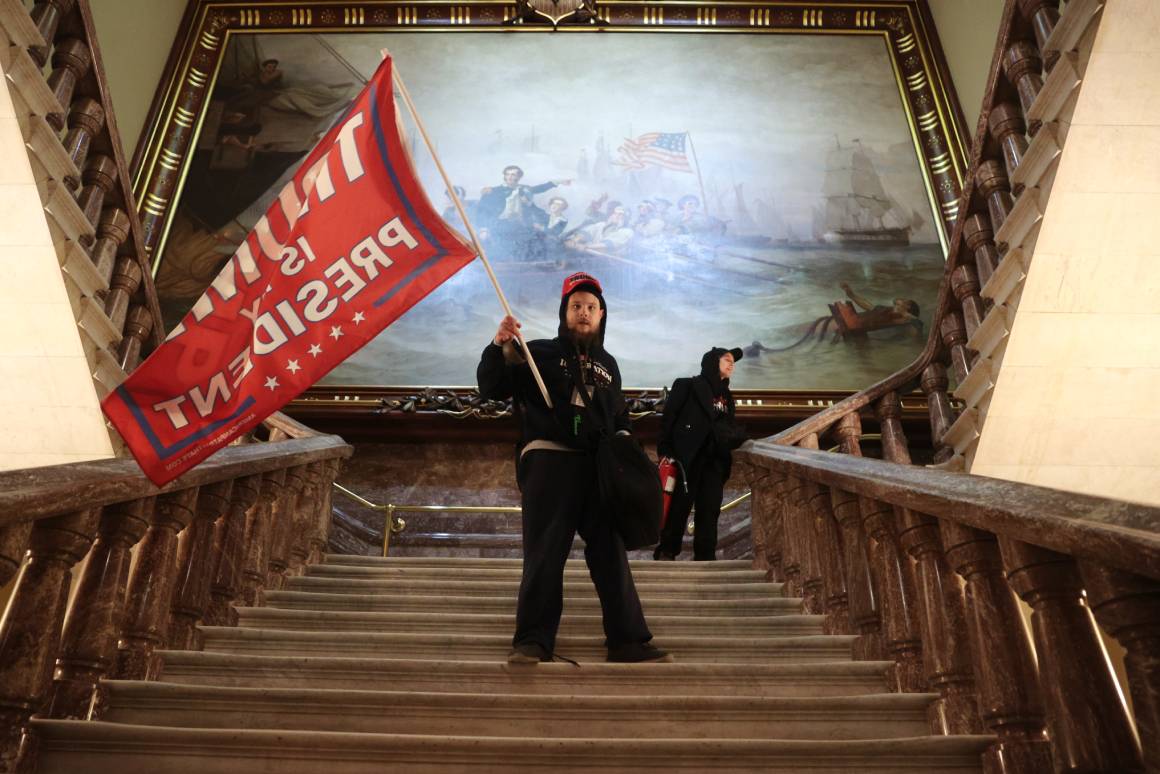 “We have folks entering the rotunda,” they said. Masks were being distributed to members and the press after tear gas was dispersed.

Lawmakers and staff had already been on high alert as crowds of Trump allies descended upon the Capitol and local D.C. officials braced for violence. Then around 1 p.m., offices in both the Cannon and Madison buildings were urgently instructed to leave and move to another building. In some hallways, Capitol Police officers ran door-to-door, instructing staff to leave, according to several of those evacuated.

The lockdowns and evacuation orders fueled further anxiety inside the Capitol, as staff were told to stay away from windows and doors. Staff in some office buildings were also instructed to take “escape hoods” — reserved for some kind of chemical attack in the building — and head to the tunnels in Longworth.

“All of the members of Congress are just texting each other and trying to make sure that everyone is safe,” said Rep. Elissa Slotkin on MSNBC as the chaos was unfolding. “I understand as you just reported that in the chamber they’re now trying to don some gas masks. I dug one out of my storage. We’re sheltering in place. I’m glad to see that the president is now putting out a message that this has gone way too far.”

D.C. Mayor Muriel Bowser ordered a citywide curfew 6:00 p.m. on Wednesday, January 6, until 6 a.m. on Thursday and urged residents to stay away from downtown.

“I just had to evacuate my office because of a pipe bomb reported outside,” Rep. Elaine Luria (D-Va.) tweeted. “Supporters of the President are trying to force their way into the Capitol and I can hear what sounds like multiple gunshots.”

The Cannon evacuation order was eventually revised to a “shelter in place” order, telling members and staff — frustrating some staffers who complained of disorganization.

“Just evacuated my office in Cannon due to a nearby threat. Now we’re seeing protesters assaulting Capitol Police,” Rep. Nancy Mace (R-S.C.) said. “This is wrong. This is not who we are. I’m heartbroken for our nation today.”

Capitol riots: What is happening in Washington? Why is there protests? | World | News