‘He’s Teflon:’ Trumpworld thrilled at his standing heading into impeachment 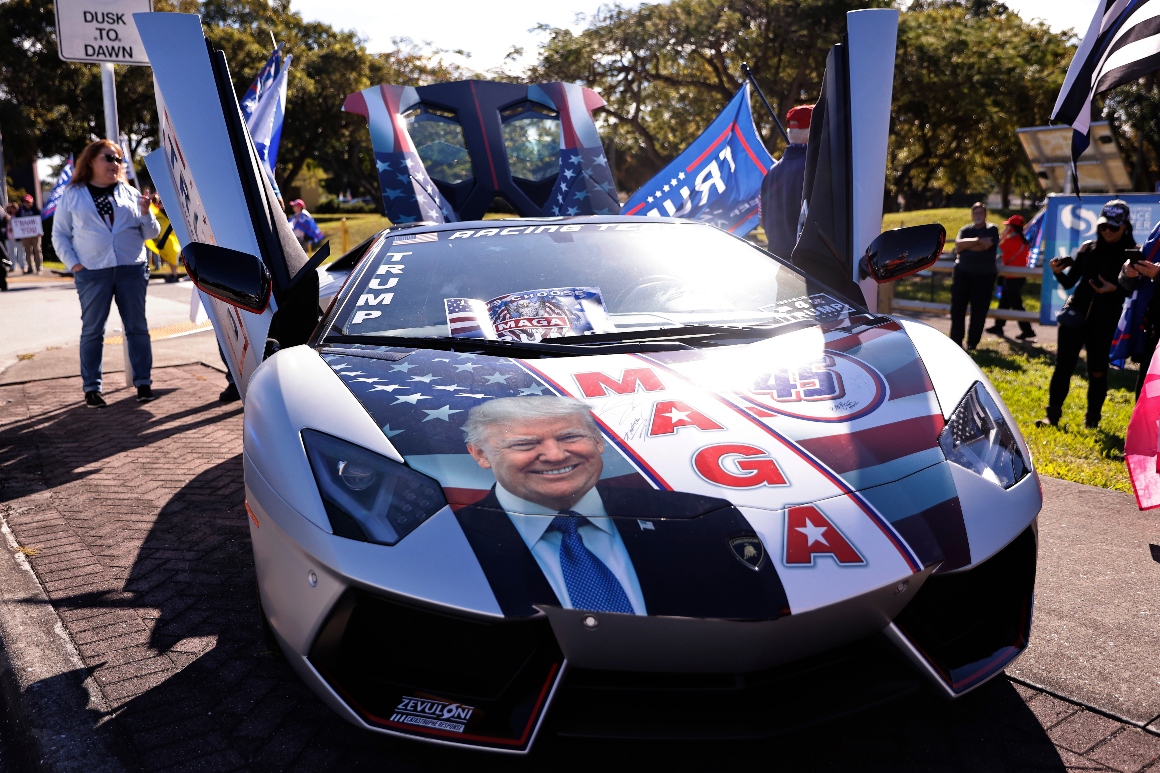 Aides expect that to change once the trial wraps up though, with Trump gradually reemerging in public and turning his attention toward seeking revenge against Republicans who, he believes, crossed him after he left office.

The format in which he pursues retribution is less clear. The president is still considering what mediums he should use as he remains barred from Twitter and has lost influential media allies like former Fox Business host Lou Dobbs, whose show was abruptly canceled last Friday.

On Tuesday, Trump’s trial will begin with a debate over whether or not impeaching a former president is constitutional — a central part of his defense. That argument has also given cover to some Republican senators, like McConnell, who do not condone Trump’s actions but are eager to shift their focus to President Joe Biden’s agenda. Weeks before the trial was set to begin, Sen. Rand Paul (R-Ky.) led a motion on the Senate floor to declare it unconstitutional. The measure was ultimately defeated by Democrats. But in an early sign of their unwillingness to reprimand Trump, 45 Senate Republicans voted for it.

Those numbers, and the fealty to the former president that they suggest, have surprised some of Trump’s biggest critics.

“The story from Nov. 3 on has been an astonishing display of loyalty to Trump and the strength of supporters in the party,” said anti-Trump conservative Bill Kristol. “If you had said [Trump] would fail to recognize the election returns, keep that up, put pressure on secretaries of state and pressure his own vice president to do something unconstitutional, try to call a mob to Washington on Jan. 6 — it’s pretty astonishing and it’s incredible that people kept with him at each step.”

Kristol’s new PAC, the Republican Accountability Project, is pledging to raise $50 million for Republicans supporting Trump’s impeachment and is spending half a million dollars on ads targeting 22 Senators the group believes could convict Trump. At least 17 GOP senators would need to join all 50 Senate Democrats to convict Trump of inciting an insurrection.

Allies of the president who dismissed the impeachment process as unserious and unconstitutional nevertheless acknowledged that Trump can use it to capitalize on grassroots outrage and reconnect with his supporters. They said the former president and his team need to take the process seriously, and saturate the airwaves with his defenders.

“If a win is pushing back, staying strong and ensuring our base is still able to hold their heads up high and stand tall, then we’ve got to fight these frivolous and empty accusations all across the board,” said former Trump adviser Boris Epshteyn.

Trump declined a request by Democrats to testify in person at the trial and is expected to remain at his Florida abode as impeachment proceedings unfold this week. His defense attorneys spent Monday completing their final walk-through and preparations, while McConnell and Senate Majority Leader Chuck Schumer worked to determine the structure of the trial. The timeline they agreed to could ensure the trial is concluded before next week, if both sides decline to call witnesses. It will afford 16 hours to the House impeachment managers and Trump’s defense team to present each of their cases to the Senate.

“We appreciate that Senate Republican leadership stood strong for due process and secured a structure that is consistent with past precedent,” Trump’s attorneys said in a statement. “This process will provide us with an opportunity to explain to Senators why it is absurd and unconstitutional to hold an impeachment trial against a private citizen.”

Even if the House impeachment managers do decide to call witnesses during Trump’s trial, there is little fear among his aides that a prolonged impeachment process will boost the former president’s political opponents, either now or in the 2022 midterm elections next fall.

“I have no idea what they think they’re going to accomplish,” said former House Speaker Newt Gingrich, a key Trump ally. “The next election is in ‘22 and doesn’t involve Trump. What they’re doing is wasting their time.”

Some Democrats, too, have expressed disinterest in a lengthy trial, particularly as the party tries to attract momentum for Biden’s $1.9 trillion coronavirus relief plan.

“I think it’s clear from his schedule and from his intention that he won’t spend too much time watching the proceedings, if any time, over the course of this week,” said White House press secretary Jen Psaki. “He will leave the pace and process and mechanics of the impeachment proceedings up to the members of Congress.”

Unlike his first impeachment trial, when Trump acted as a one-man war room firing out tweets in real time during testimony, aides were unsure how the former president plans to tune in this time around. Since leaving the White House, he has used his post-presidency “45 Office” to issue press releases about his impeachment team and occasionally to weigh in on developments that left him frustrated, including the cancellation of Dobbs’ show and a discussion by the Screen Actors Guild to revoke his membership.

“His message is still getting out there even without a Twitter account,” said a second former Trump campaign official.