Group of Dem senators calls for McCarthy, Tuberville to be deposed 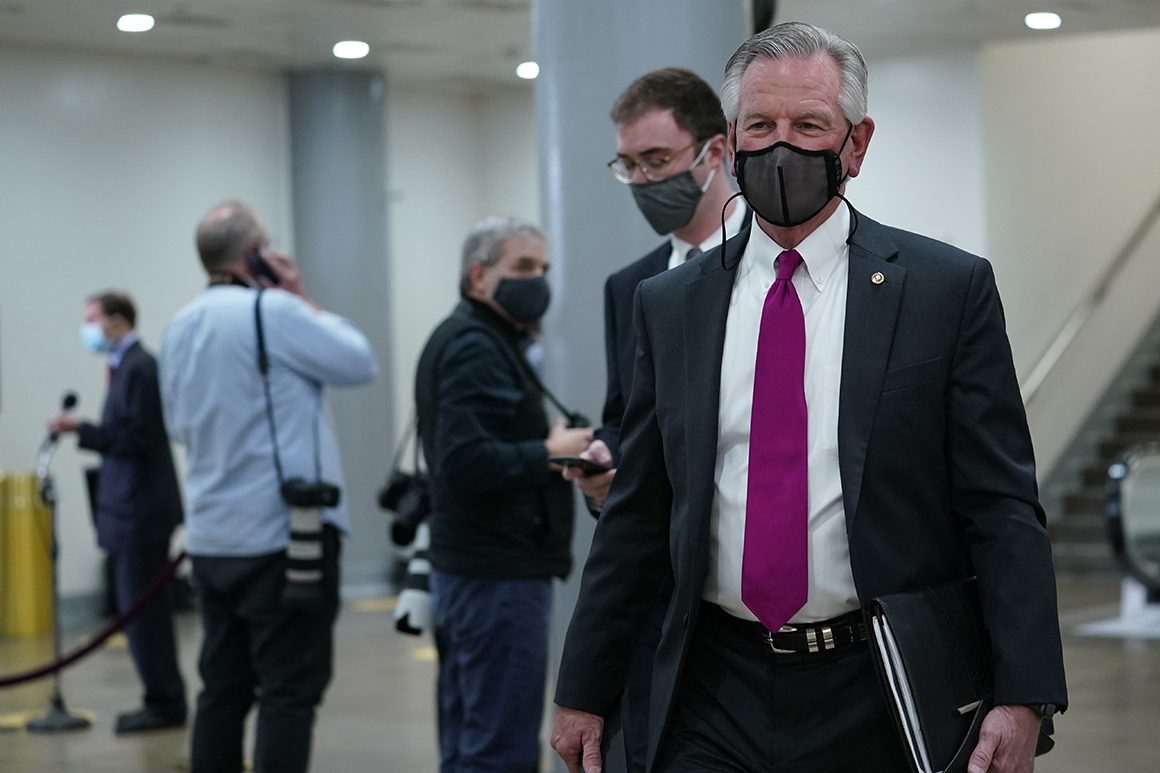 McCarthy told Trump to call off the rioters, to which Trump falsely said he couldn’t because they were really left-wing extremists, Herrera Beutler says. McCarthy pushed back, and Trump responded “Well, Kevin, I guess these people are more upset about the election than you are,” Herrera Beutler says. Herrera Beutler, of Washington, was one of the 10 House Republicans who voted to impeach Trump.

Tuberville, of Alabama, told POLITICO Wednesday that he spoke to Trump while the rioters got close to the Senate floor, and told him Vice President Mike Pence had been evacuated.

Both of these claims would bolster House impeachment managers’ arguments that Trump ignored calls to stop the violence.

“Looks like Trump’s BS-artist attorneys may have crossed the line from BS to something much more serious,” Whitehouse wrote in a tweet late Friday night. He pointed to an Atlantic article noting that Trump’s attorneys didn’t directly answer when asked Friday when Trump knew Pence was in danger.

“Trump’s lawyers are likely under ethics obligation to clean this up: duty of candor to a tribunal. You don’t get as counsel to make misrepresentations; if you do, you have an affirmative duty to clean it up. Tomorrow just got a lot more interesting,” wrote Whitehouse, of Rhode Island.

Whitehouse then called for the trial to be suspended to depose McCarthy and Tuberville in order to learn more about the situation, as well as calling on the Secret Service to provide details on communications to the White House about Pence’s safety.

“What did Trump know, and when did he know it?” Whitehouse wrote.

“Senator Whitehouse nailed it,” Merkley, of Oregon, said on Twitter Saturday morning in response to Whitehouse’s calls for witnesses.

“The House Managers should ask for witnesses to be called, including anyone who communicated with Donald Trump or have direct knowledge of his actions and state of mind while he was in the White House after the Capitol was breached and while the attempted coup was ongoing,” Markey wrote in a tweet.