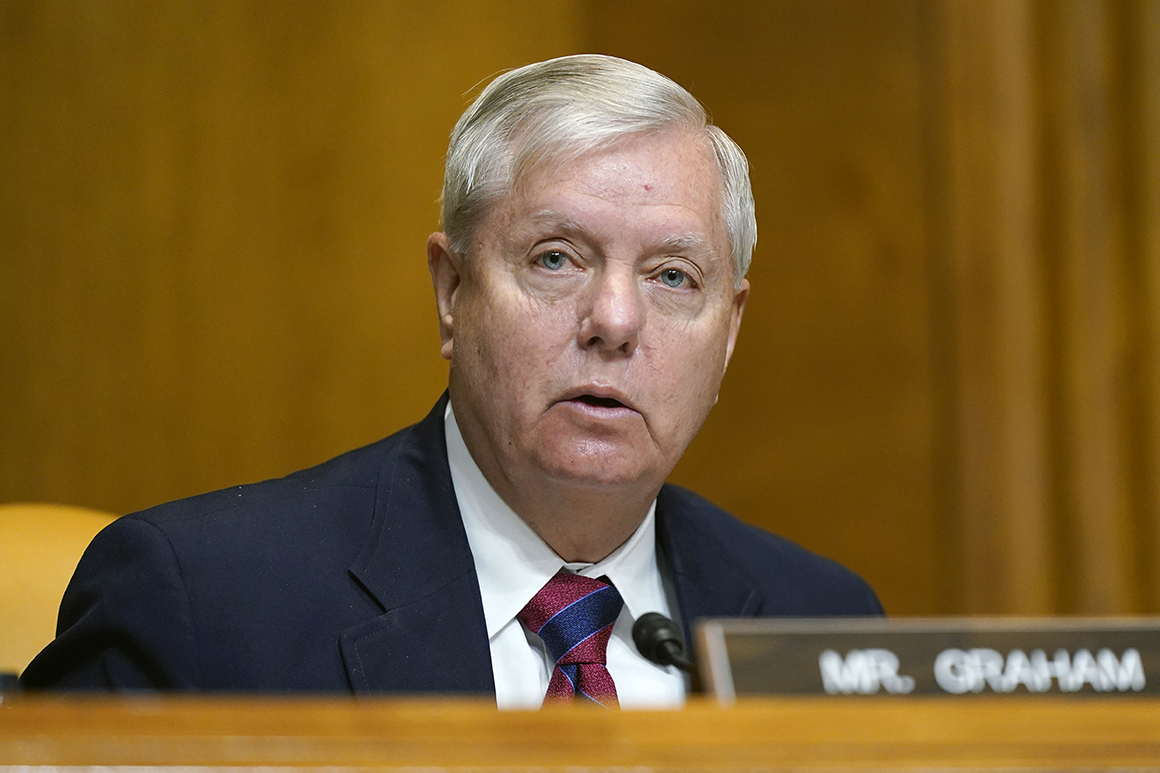 Graham went on to disparage Democrats and a package of election and government reforms, known as H.R. 1, that passed the House earlier this month and which seeks to counter Republican efforts to stymie voting, calling the sweeping legislation “the biggest power grab in the history of our country.” It awaits action in the Senate.

Georgia Gov. Brian Kemp signed into law Thursday new legislation that includes a number of major changes in the state’s voting system, including imposing an ID requirement on absentee ballot requests, limiting the use of ballot drop boxes and shrinking the period for runoff contests.

Graham said that while he supported the law, he disagreed with some parts of it, namely a provision that would make it illegal to hand out food and water to people waiting in line to vote.

“That doesn’t make a whole lot of sense to me,” he said.