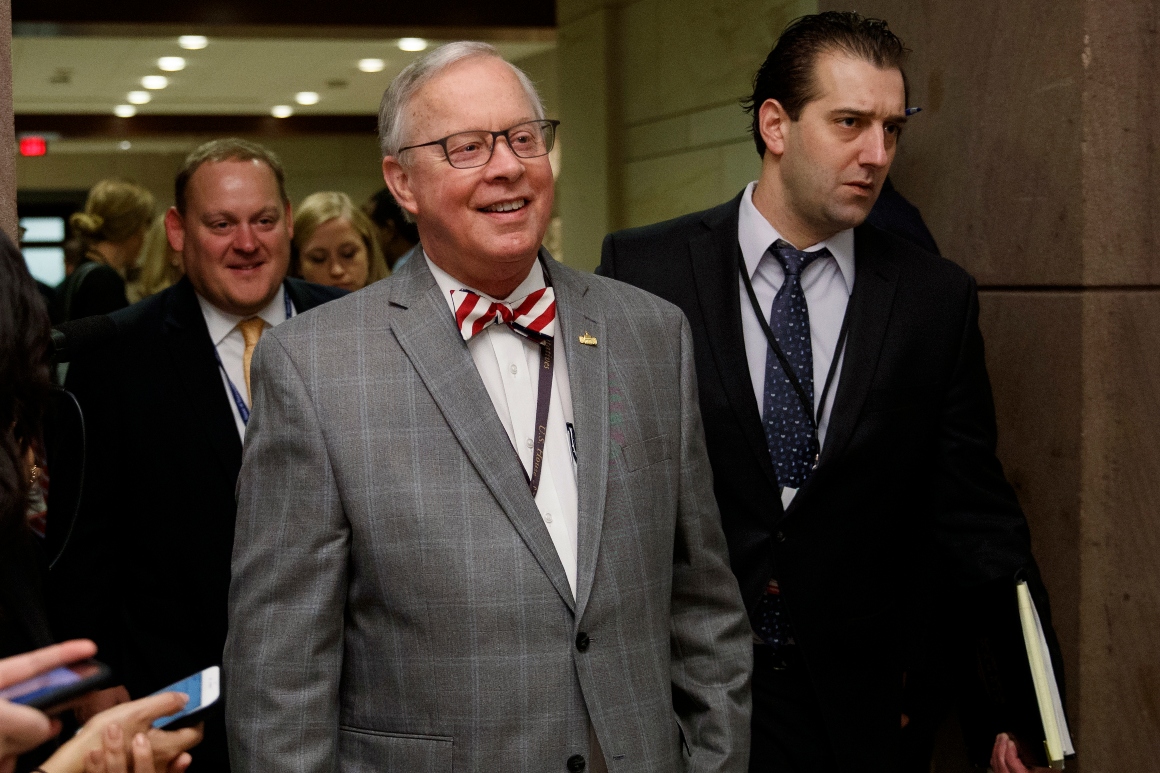 “As friends, family, and many of his constituents will know, Ron maintained his quick wit and optimism until the very end,” the statement reads. “Despite years of painful, sometimes debilitating treatment for cancer, Ron never lacked the desire to get up and go to work, to motivate those around him, or to offer fatherly advice.”

Wright’s death comes less than two months after the House lost another member: Rep.-elect Luke Letlow (R-La.), who also died after contracting coronavirus. Dozens of members have also tested positive for Covid-19 over the past year, and lawmakers started receiving the vaccine in December.

“For Ron, public service was more than a job, it was a calling,” House Minority Leader Kevin McCarthy said in a statement. “The difference he was able to make over the past two decades will continue to live on in every life he impacted.”

“He emulated the very best of America, and we were fortunate to have had the opportunity to call him a colleague and a friend,'” he added.

Wright first came to Congress in 2019, after running for the Arlington-Fort Worth area seat vacated by Rep. Joe Barton (R-Texas). He won with 53 percent of the vote in 2020.

A special election will now likely be held in 2021 to select a new representative for the suburban district, which has been trending more Democratic in recent years. Mitt Romney carried the district by 17 points in 2012. Trump won it by 12 points in 2016 and then by just 3 points in 2020.

“Our heartfelt condolences are with the entire Wright family,” said NRCC Chair Tom Emmer (R-Minn.). “Congressman Wright was a sixth generation Texan and a dedicated public servant who devoted his life to bettering his community. I hope the legacy and good work Ron leaves behind is a comfort to his family during this devastating time.”

Wright leaves behind his wife as well as three children and nine grandchildren.

Prior to being elected to the House, Wright was Barton’s chief of staff and district director and also served on the Arlington City Council for eight years. In 2011, Wright was appointed to serve as the Tarrant County Tax Assessor-Collector — a role he held until he ran for Congress in 2018.

Ally Mutnick contributed to this report.