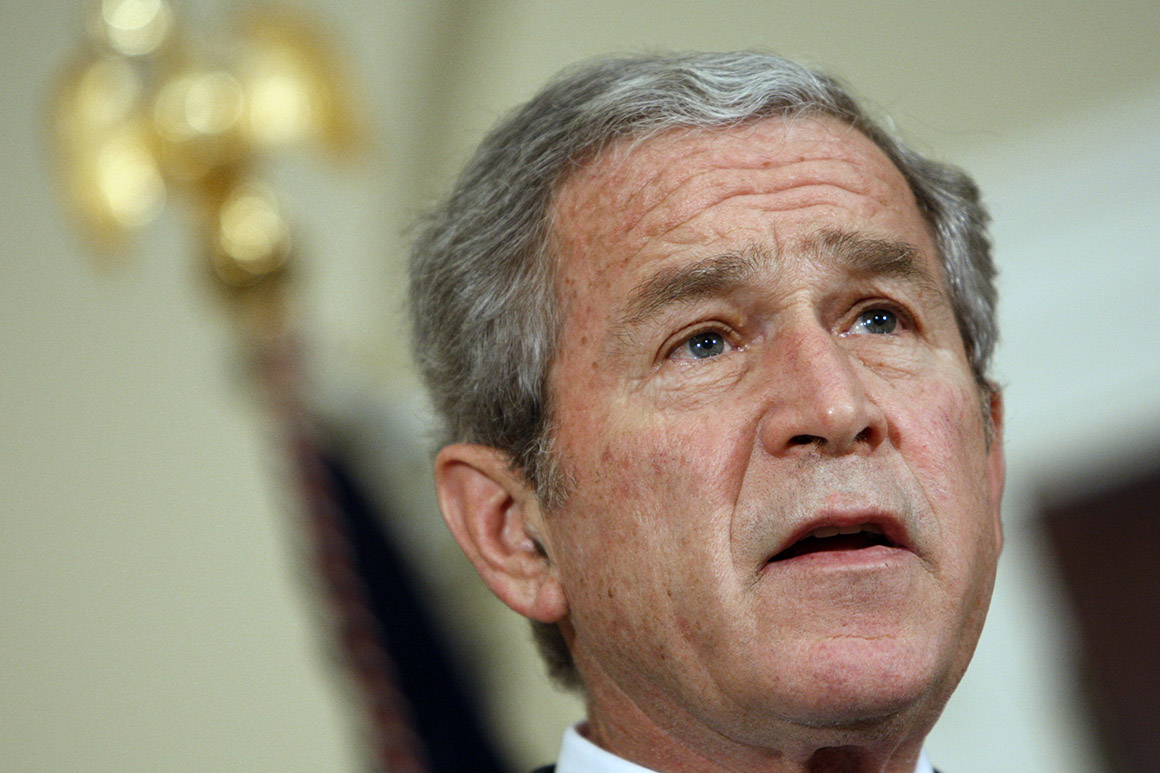 “I am appalled by the reckless behavior of some political leaders since the election and by the lack of respect shown today for our institutions, our traditions, and our law enforcement,” the 43rd president said.

Bush also urged people upset about the recent elections to stand down for the sake of American democracy.

“Our country is more important than the politics of the moment,” he said. “Let the officials elected by the people fulfill their duties and represent our voices in peace and safety.”

The mass of rioters began to breach the Capitol earlier Wednesday, disrupting the vote certifying President-elect Joe Biden’s victory over President Donald Trump and further delaying what was already expected to become a days-long affair after Republican members of Congress challenged Biden’s win in several states.

However, Bush did not mention Trump — who has promoted false claims of rampant election fraud and embraced anti-democratic attempts stay in power — or anyone else by name in his dispatch. Bush, the most recent Republican president prior to Trump, has largely been careful not to publicly criticize the party’s present standard-bearer.

Trump has continued to speak favorably of the rioters, calling them “very special” and “great patriots” in several tweets that have since been removed by Twitter.

“These are the things and events that happen when a sacred landslide election victory is so unceremoniously & viciously stripped away from great patriots who have been badly & unfairly treated for so long,” Trump wrote on Twitter in one such message. “Remember this day forever!”