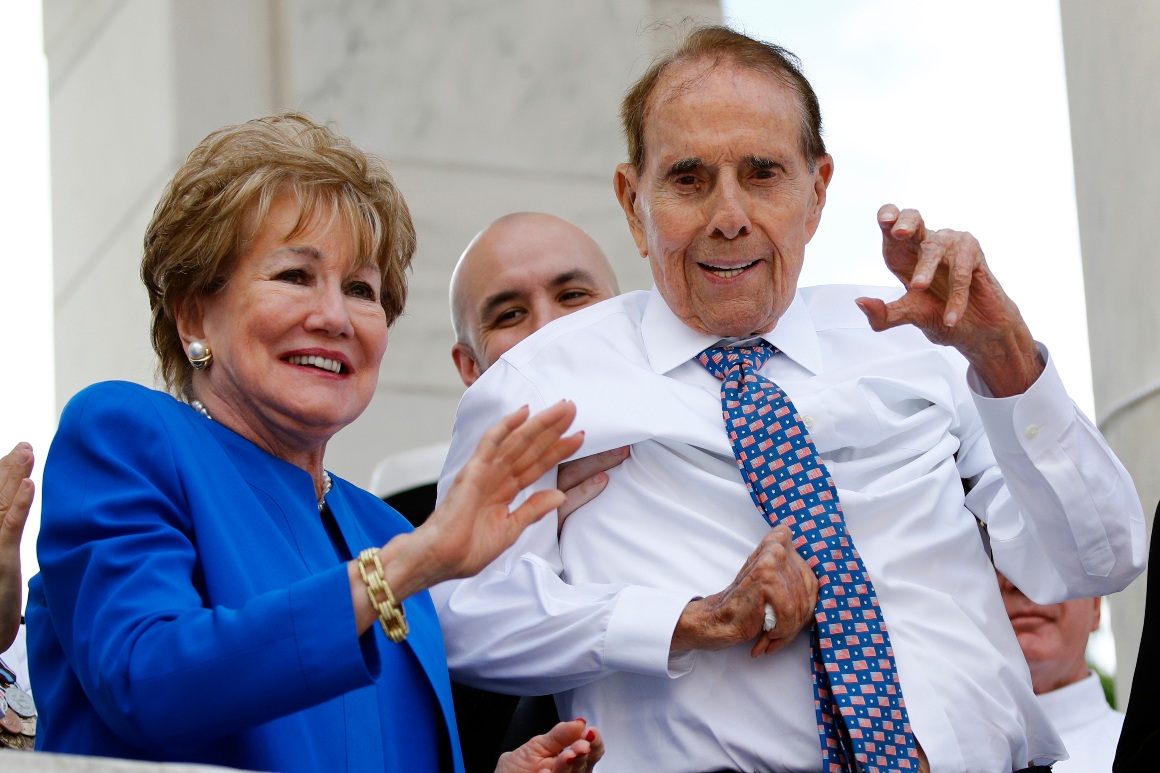 Former Sen. Bob Dole, right, and his wife Elizabeth Dole wave to others at an event at Arlington National Cemetery. | Patrick Semansky/AP Photo

Former Kansas senator and Republican presidential nominee Bob Dole announced on Thursday that he has been diagnosed with stage 4 lung cancer.

“My first treatment will begin on Monday. While I certainly have some hurdles ahead, I also know that I join millions of Americans who face significant health challenges of their own,” the 97-year-old Dole said in a statement.

Dole served in the House of Representatives from 1961 to 1969, then served in the Senate until 1996, when he resigned amid his presidential campaign. He spent 11 years of his tenure in the Senate as GOP leader, setting a record at the time as the longest-serving Republican leader. During the presidential race, which he lost to incumbent President Bill Clinton, health care reform was an important part of his platform. He had promised to “seek ways to make health care more accessible and affordable for all Americans” and “ensure that individuals who change jobs do not lose their coverage or face pre-existing condition limitations.”

Farmers in India thankful for Canadian support amid…