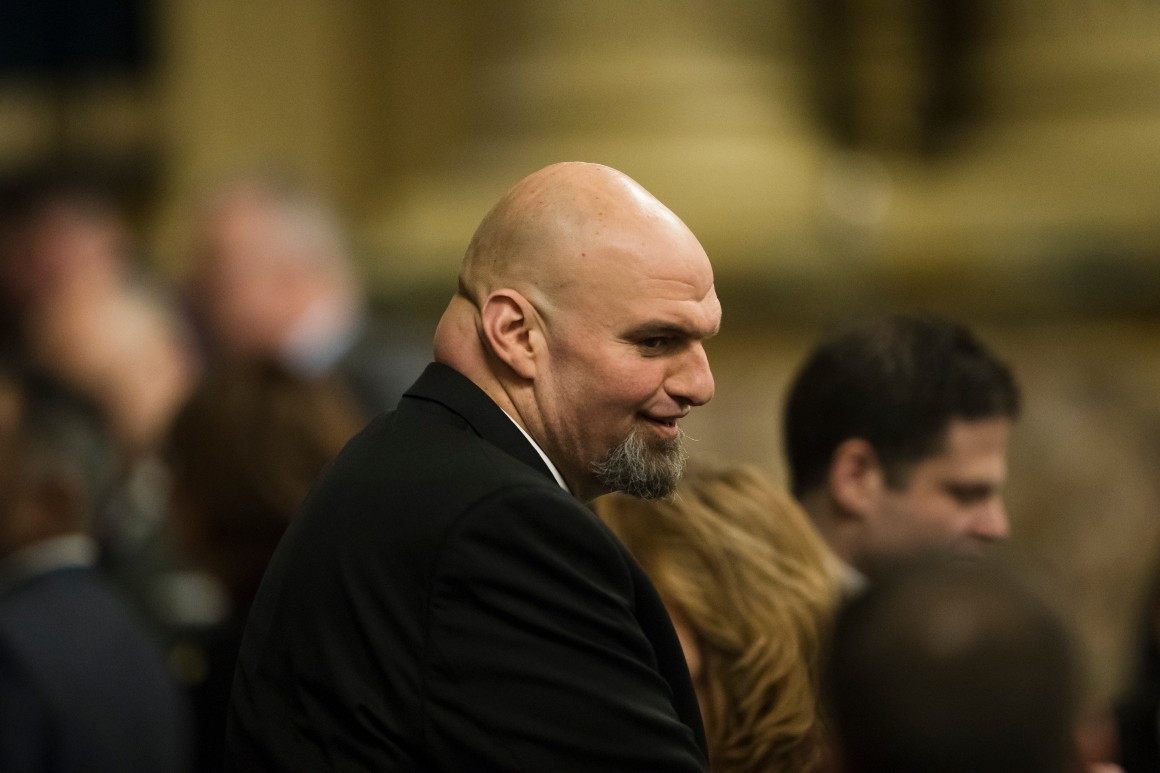 “Pennsylvania will be the most important Senate race in 2022,” Fetterman wrote in the email, which included a bolded link to send him donations. “I’m confident we can win if we go for it. But before we make the call to announce a campaign, I want to get an idea of just how many of you would be with us.”

Fetterman, who was elected lieutenant governor in 2018, has a national following thanks to a liberal platform and the unique image he began building when he was mayor of Braddock, Pa., a working-class Pittsburgh suburb. A towering figure at 6-foot, 8-inches tall, Fetterman typically eschews the traditional attire of politicians, instead wearing shirt sleeves and shorts year-round — except for ceremonial events that require more formal dress.

In his fundraising note, Fetterman said he would fight for a number of progressive priorities, including a minimum wage of “at least” $15 an hour, national marijuana legalization and fighting for “the union way of life and our workers.”

Toomey’s retirement announcement last fall marked the beginning of a two-year reordering of Pennsylvania’s political scene. In addition to an open Senate seat, Democratic Gov. Tom Wolf is term-limited, and both top positions will be up for grabs in 2022.

Among statewide Democrats, it was widely expected that Fetterman would run for Senate, while state Attorney General Josh Shapiro would seek to replace Wolf in Harrisburg. Fetterman confirmed to The Associated Press on Friday that he will not run for governor. Shapiro has not yet announced his plans.

But other Democrats could jump into both races, including Reps. Conor Lamb and Chrissy Houlahan, and Montgomery County Board of Commissioners Chair Val Arkoosh, who ran for Congress in 2014.

On the Republican side, Rep. Mike Kelly, who led a push to reject the results of the 2020 presidential election in an effort to deny President-elect Joe Biden the Pennsylvania electors he won, is considered a possible candidate for either race. Others are considering entering both primaries, including former Rep. Ryan Costello.

This would mark Fetterman’s second campaign for Senate. In 2016, he finished third in the Democratic primary, behind former Rep. Joe Sestak and the eventual nominee, Katie McGinty. McGinty lost narrowly to Toomey, as Hillary Clinton unexpectedly faltered at the top of the ticket.

But since that primary, Fetterman has won statewide for lieutenant governor. And, more recently, he has emerged as a frequent commentator on cable news and social media, defending the results of the presidential election from Republicans who sought to cast doubt on the legitimacy of Biden’s victory in Pennsylvania and elsewhere.

Holly Otterbein in Philadelphia contributed to this report.

Capitol insurrection may have claimed its first GOP…

Breakdown of Biden’s economic plan, what’s next for the…