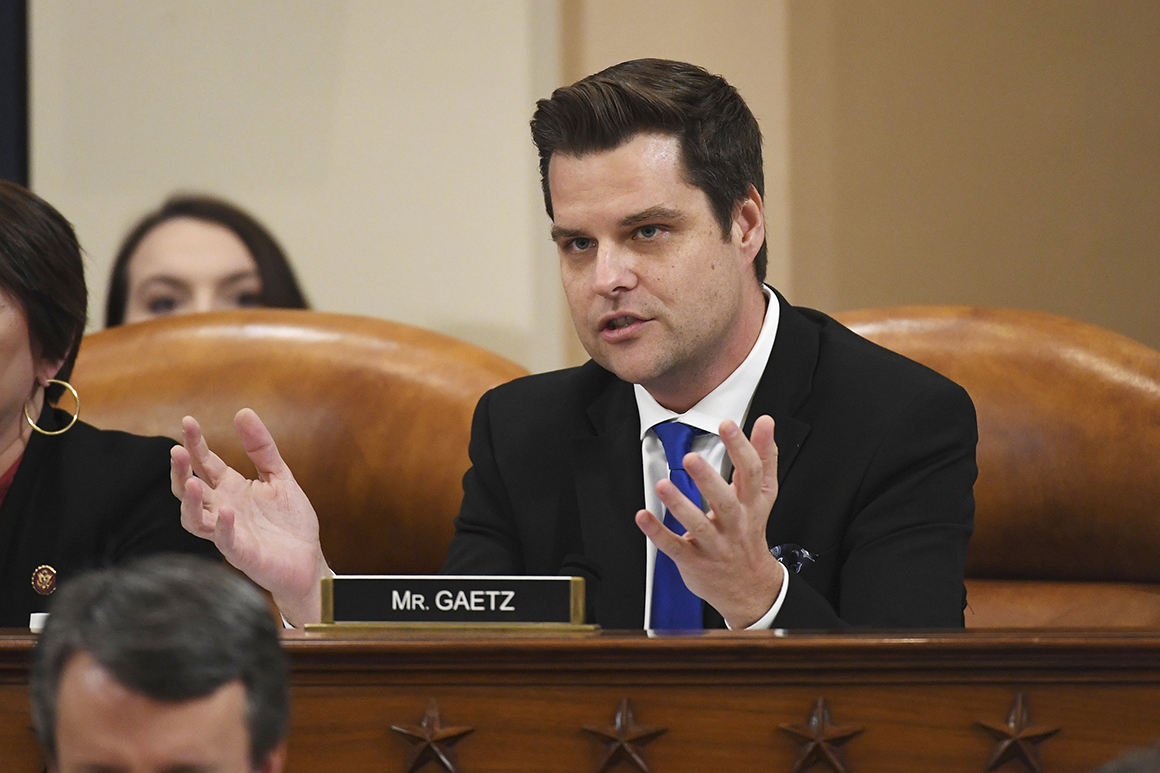 The Office of Congressional Ethics has terminated its review of Republican Rep. Matt Gaetz’s decision to use taxpayer money to lease an office from a friend, donor and political ally in Florida.

In April, POLITICO reported that Gaetz had spent nearly $200,000 in taxpayer money renting an office from a Pensacola businessman named Collier Merrill, who had long been an ally of the Florida congressman and his father. Gaetz and Merrill said the lease was below market value, though Gaetz also said the lease was "at or below" market rate.

After the initial report, the Office of Congressional Ethics — the independent ethics watchdog — began a review of the interactions between Gaetz’s office and Merrill.

But Omar Ashmawy, staff director of OCE, notified Gaetz of the review’s termination on July 1, according to a letter sent to the Florida Republican’s office.