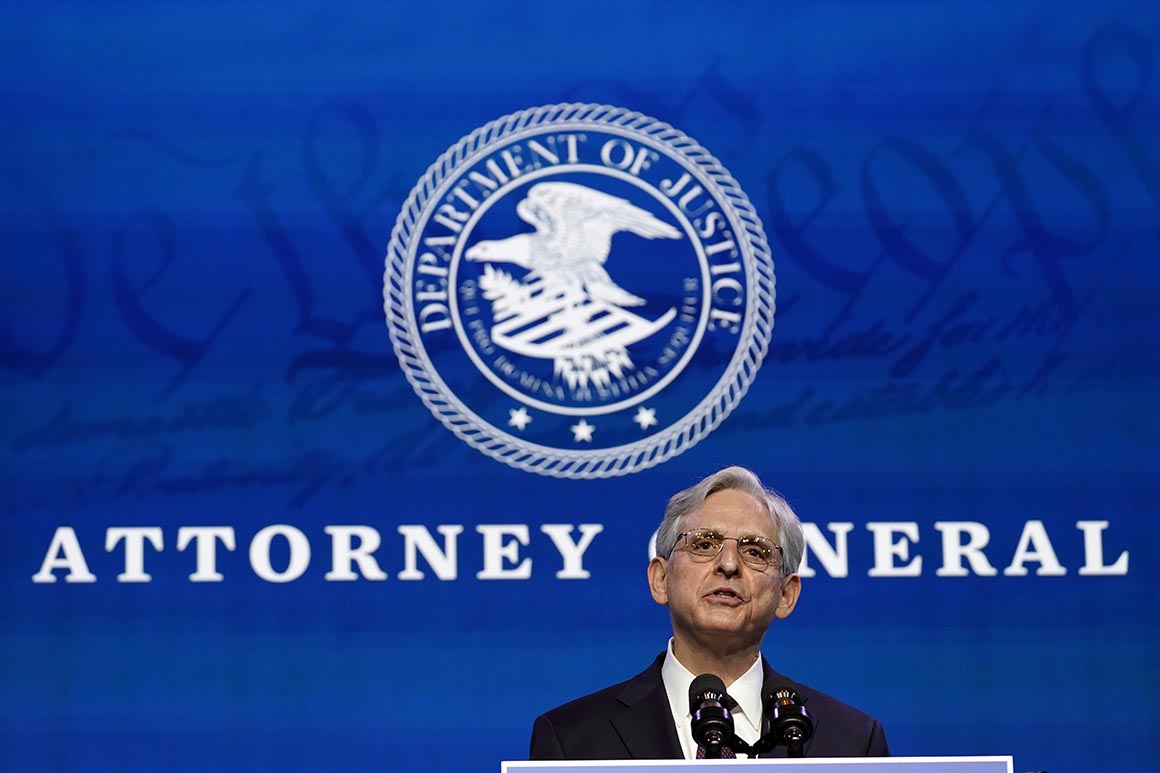 “To delay Judge Garland’s hearing jeopardizes our national security,” Durbin wrote. “The Attorney General oversees a multitude of Justice Department components and agencies that are vital to protecting the homeland from threats both foreign and domestic.”

Durbin said that while his committee staff has been working with Republican counterparts to schedule Garland’s hearing, they’ve now encountered “obstacles that needlessly delay” his confirmation.

Durbin added that he was “prepared to take other steps to expedite the Senate’s consideration of Judge Garland’s nomination should his hearing not go forward on February 8” in the absence of GOP cooperation.

Biden told committee staff on Jan. 6 that he planned to nominate Garland for attorney general. Garland is the former chief judge of the U.S. Circuit Court of Appeals for the District of Columbia. He was also President Barack Obama’s pick for the Supreme Court in 2016, but his nomination was blocked by the GOP-controlled Senate.

The Senate Judiciary Committee received Garland’s paperwork last week. Typically, the committee has 28 days between receiving a nominee’s paperwork and the confirmation hearing. But Durbin told reporters recently that he was trying to reach an agreement with Republicans to shorten the amount of time.

In his letter on Monday, Durbin argued that a Feb. 8 hearing “affords ample time to review Judge Garland’s record,” and added that it would take place 13 days after the Committee received paperwork, “the same amount of time between the receipt of then-Judge Amy Coney Barrett’s [committee questionnaire] and her Supreme Court nomination hearing.”

Confirmation hearings for attorneys general have recently lasted two days, with the nominee testifying the first day and outside experts testifying the second.

Once the Senate approves the organizing resolution, Sen. Chuck Grassley (R-Iowa) will become the top Republican on the committee.

Spokespeople for Graham and Grassley did not immediately provide comment.

SEISS grant 5: Will the fifth grant be decreased? How…

Tax after Covid: Treasury Committee calls for the…