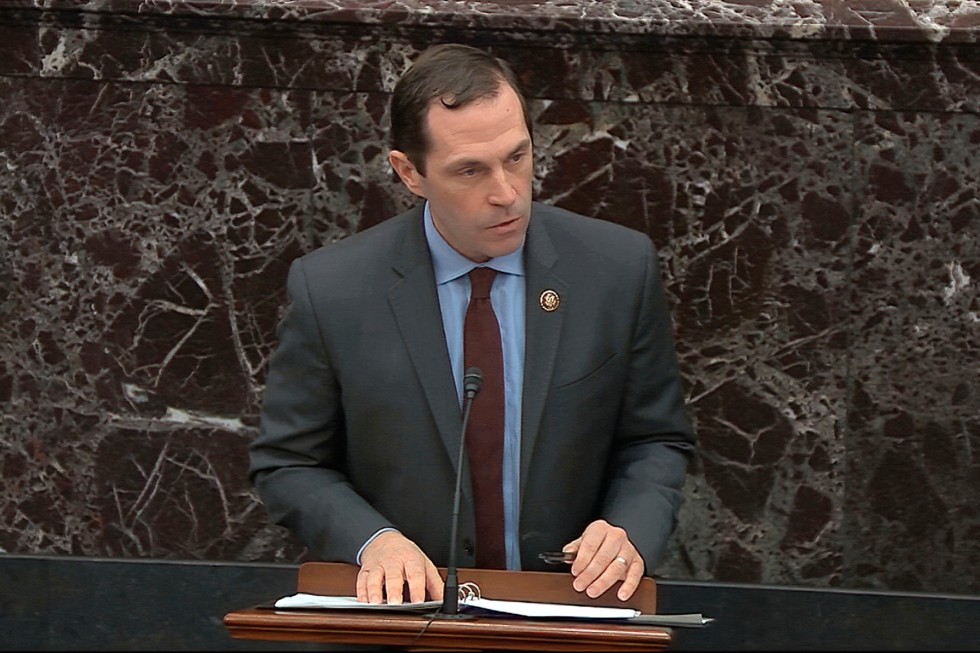 “President Trump will remain in office. This Hail Mary attempt to remove him from the White House is an attack on every American who voted for him,” Taylor Greene wrote in her post, which has since been flagged by Twitter. “Democrats must be held accountable for the political violence inspired by their rhetoric.”

Her tweet comes one week after pro-Trump rioters stormed the Capitol amid Congress’ certification of President-elect Joe Biden’s victory, resulting in the deaths of at least five people — including a U.S. Capitol Police officer. The president, at a rally earlier that day, had urged his supporters to march to the Capitol and “show strength.”

After Congress resumed its certification proceedings following the attack, Greene was one of the 147 congressional Republicans who still objected to the election results. She also drew criticism last week after video footage showed her, along with a handful of other House Republicans, refusing to wear a mask while sheltering with other lawmakers amid the violence. At least three House Democrats have since tested positive for Covid-19.

Greene, a freshman congresswoman elected last November, has previously endorsed elements of the dangerous QAnon conspiracy theory and made Islamophobic comments. She has won praise from Trump, who has called her a “future Republican star.”