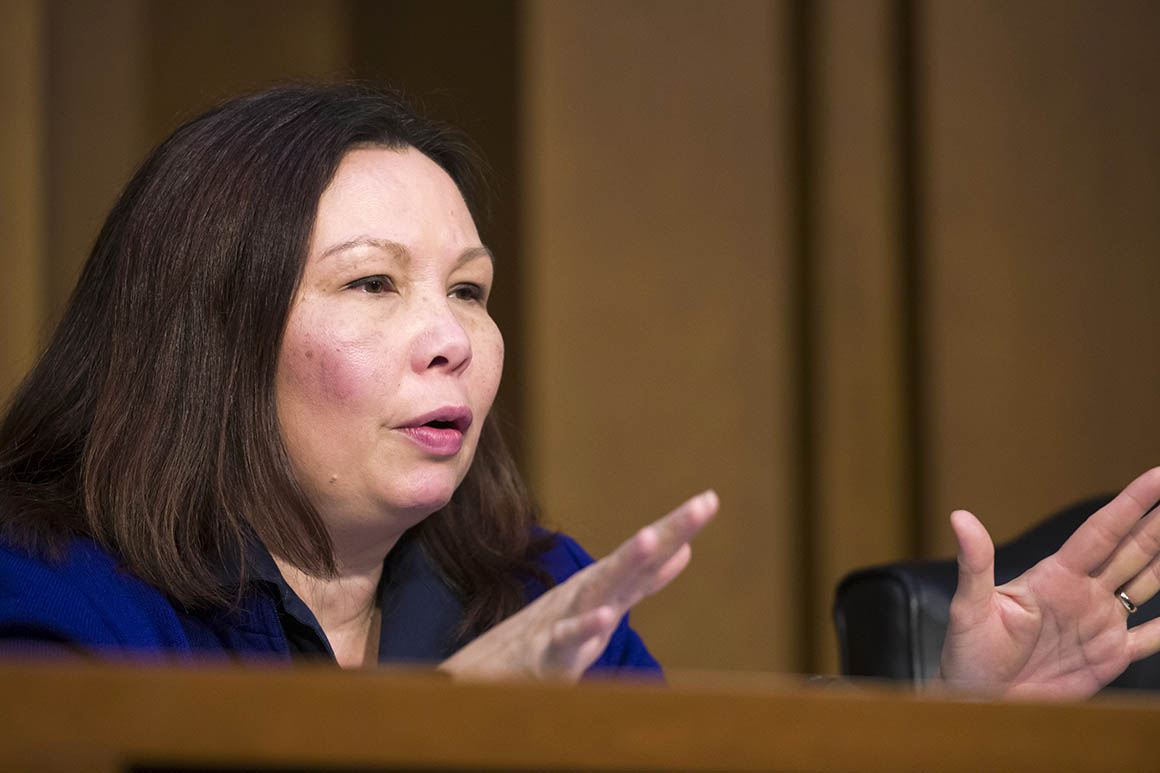 The Illinois Democrat, an Iraq War combat veteran who has increasingly been seen as a contender to be Joe Biden’s running mate, said the Pentagon provided two briefers at the July 1 session whom she described as "unprepared to respond to questions" about the bounty allegations, which were reportedly briefed to President Donald Trump in February.

In her letter Thursday to Defense Secretary Mark Esper, Duckworth is seeking details about whether the Pentagon is conducting an investigation of U.S. troop casualties to determine whether they’re linked to the bounty scheme, whether Defense officials are working with the intelligence community to match its information with U.S. casualties and to commit to disclosing the findings with "Gold Star Family members, Congress and the American people."

Duckworth’s letter is the latest in Democrats’ pressure campaign to unearth more details about the Trump administration’s response to the intelligence that the GRU, Russia’s military intelligence unit, mounted a proxy effort to kill American troops. Trump has repeatedly called the allegations a "hoax" meant to damage him, even as intelligence agencies have affirmed that there is at a minimum conflicting information about it.

Though various news outlets reported that the evidence was included in Trump’s late February daily intelligence briefing, the president has continued to pursue warmer relations with Russian President Vladimir Putin, seeking the Kremlin’s return to the G-7 despite resistance from U.S. allies in Europe.

"Were any U.S. troop casualties in Afghanistan connected with the alleged GRU bounty payments to Taliban-linked militants?" Duckworth asks. "Gold Star Families deserve an answer to this question."

On the other side of the Capitol, Rep. Stephanie Murphy (D-Fla.) introduced legislation Thursday that would require the administration to disclose to Congress within two weeks any solid intelligence that suggests a foreign government is seeking to kill or injure U.S. troops. Murphy’s bill would require quarterly briefings to the congressional Gang of Eight, as well as the Intelligence and Armed Services Committees, until the threat is over.

The bill is geared toward formalizing methods for notifying Congress of a grave threat — avoiding the haphazard, partisan briefings that occurred after news reports first disclosed the Russian bounty intelligence. At the time, the White House called on a group of Republican House members for an initial briefing and brought Democrats in the following day, a break from the traditional bipartisan nature of high-level intelligence briefings.

In her letter, Duckworth noted that the Senate Armed Services Committee hearing she attended last week was led by David Helvey, acting assistant secretary of Defense for Indo-Pacific Security affairs, and Scott Benedict, deputy director of political-military affairs for the Middle East.