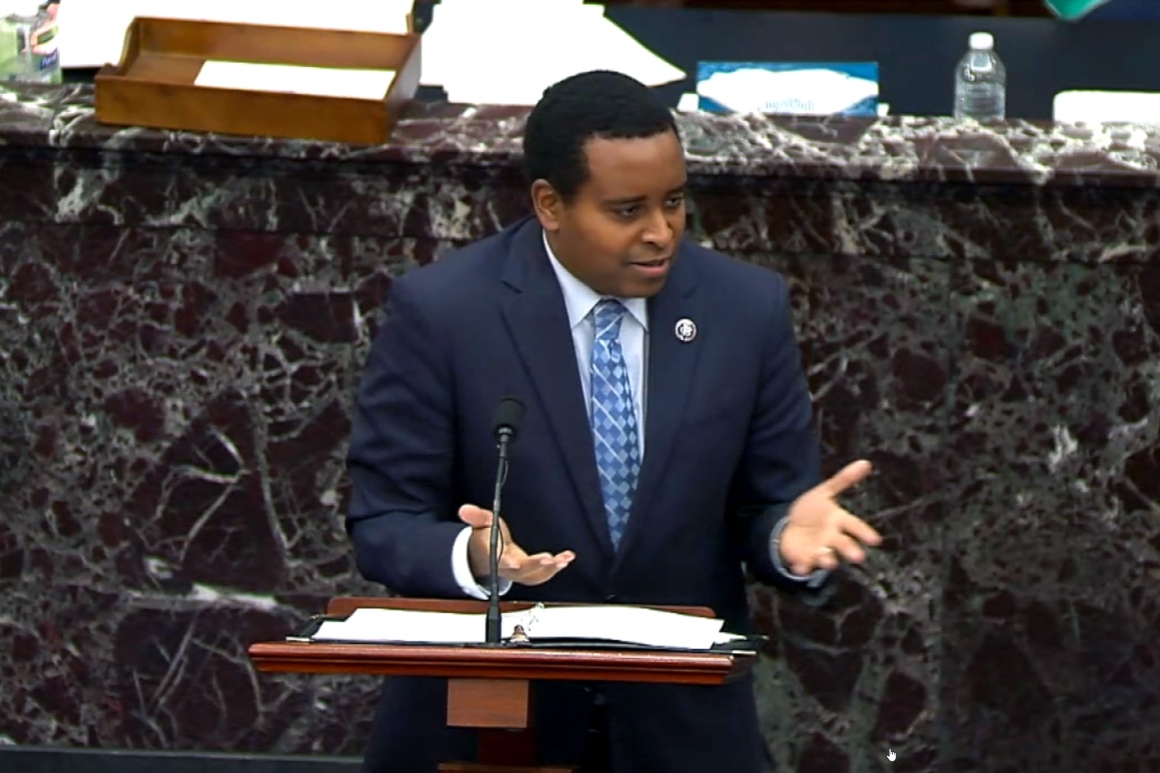 For the lawmakers who have been able to use this moment to boost their name recognition and grow their fan bases, they’re following in the footsteps of Democratic and Republican impeachment managers who have shone in the past.

Graham, who was an impeachment manager during former President Bill Clinton’s 1999 trial, ran for the Senate and won just a few years later in 2002. Asa Hutchinson, another then-House member who made the case against Clinton, is now the governor of Arkansas. Bill McCollum, also on the impeachment team against Clinton, went on to become Florida’s attorney general.

Some of the impeachment managers for Trump’s second trial include Democrats who have considered or ran for higher office before, such as 2020 presidential candidate Eric Swalwell and Castro, who has eyed bids for the Senate. One Democrat who isn’t able to run for the Senate, Virgin Islands Del. Stacey Plaskett, has some Democrats wishing that she could after her steady performance.

Though impeachment is an inherently political process, elected officials typically don’t like to admit that working as a manager can come with electoral benefits. They were required to walk a careful line, especially when making the case that Trump incited a mob to attack the U.S. Capitol. Still, strategists from both sides of the aisle acknowledged that their roles likely furthered their careers.

“When you’re part of impeachment proceedings and you’re in a managerial position, of course you’re going to have better name ID. You’re on camera all this time, bringing incredible evidence,” said Sonia Van Meter, a former campaign consultant to Castro. “And anyone who’s paying attention to these proceedings is going to get to know your face.”

For some of the managers, their presentations were shared widely on social media. Neguse, who is an attorney and the youngest impeachment manager, won acclaim for his compelling and high-minded arguments. Maryland Rep. Jamie Raskin, the lead manager, poignantly talked about his daughter and son-in-law fearing for their lives during the insurrection only a day after he buried his son. Dean, who previously ran for lieutenant governor, grabbed viewers’ attention when she teared up recounting the day of the attack.

“The part where she showed emotion, that was very real and it gets to who she is,” said Larry Ceisler, a public relations executive based in Pennsylvania. “Obviously she’s raised her profile in the caucus, with political people, and maybe some people who don’t know her. When you distinguish herself as she has, people are going to mention her for the Senate opening.”

Ceisler added that her performance was likely influenced by her past experience as an executive director of the Philadelphia Trial Lawyers Association: “She has at her fingertips some very good legal minds in Pennsylvania … and my guess is, knowing Madeleine, she didn’t go at this on her own, she would ask advice.”

She has also worked as a campaign adviser to Rep. Jason Crow (D-Colo.), a manager during Trump’s first impeachment, who she said has been invited onto TV and quoted in articles more often since the trial.

Jon Seaton, a former senior adviser to Graham during his 2016 presidential campaign, said the South Carolina Republican’s sense of humor during the Clinton impeachment trial led to national attention and media clips. Graham was noticed ahead of the trial for asking, “Is this Watergate or Peyton Place?’” — a reference to a 1960s soap opera.

“I think it did help. I don’t know if it was determinative, but it certainly gave him a leg up,” Seaton said of Graham’s Senate bid shortly thereafter. “I just think he acquitted himself very well throughout the Clinton impeachment trial and I think people kind of liked him. And it’s always hard to break through, and that gave him an opportunity to break through that his opponents just didn’t have.”

But some Democrats who earned the most praise this week will likely not be in a position to run for higher office for some time. Neguse’s home-state senators are both Democrats, and Michael Bennet has said he plans to run again in 2022, while John Hickenlooper is not up for reelection until 2026. Incumbent Colorado Gov. Jared Polis, also a Democrat, faces reelection in 2022.

Poor impeachment performances can also have a lingering effect. When Bruce Castor, a former acting attorney general of Pennsylvania, was named as one of Trump’s attorneys for the trial, it set off speculation that he was contemplating a bid for Senate or governor in 2022. But that chatter has died down after his initial speech last week was widely panned — including by Trump.