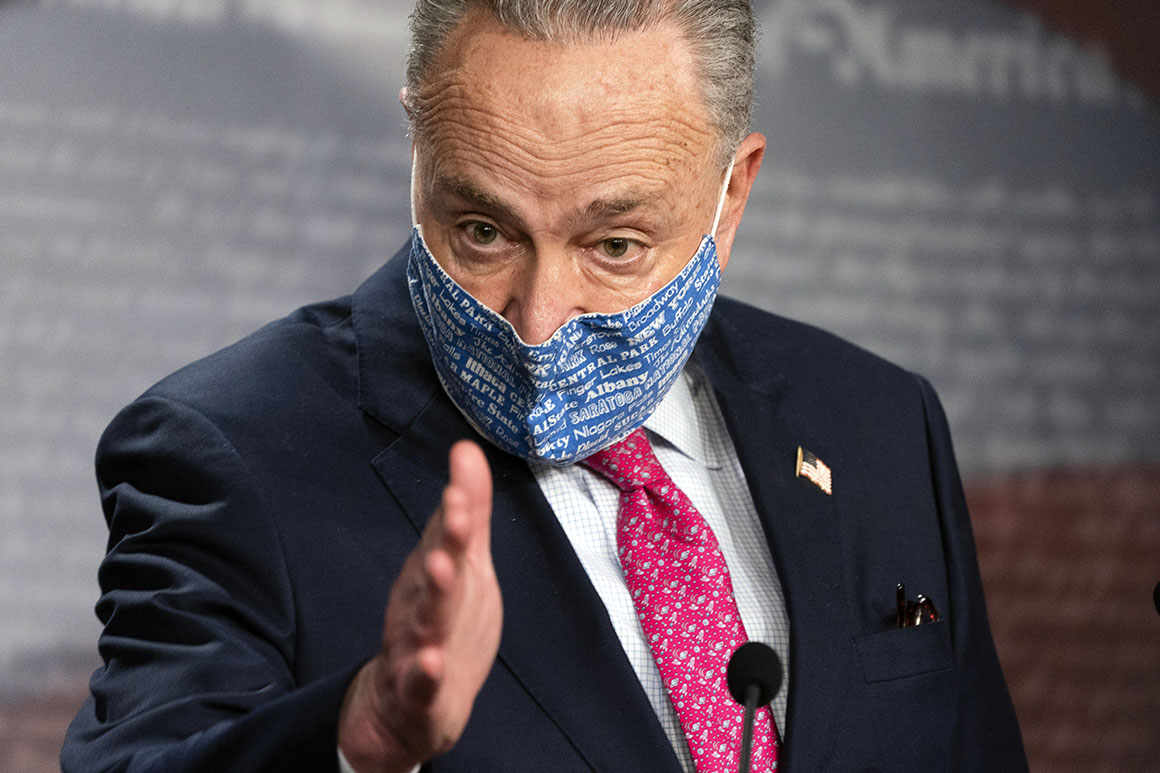 “There is nothing in this process that will preclude it from being bipartisan,” he added. “We welcome bipartisan input.”

The budget resolution instructs committees to pull together the pieces of Biden’s package by Feb. 16, including $1,400 stimulus checks, an extension of unemployment insurance with a $400 weekly federal enhancement, and $350 billion in state and local aid.

Democrats unveiled the budget resolution before Biden’s meeting Monday evening with 10 Senate Republicans, who have released a $618 billion counterproposal to the president’s plan. That GOP proposal would provide stimulus checks at a lesser $1,000 and does not include state and local aid.

Biden and congressional moderates have pushed for bipartisan negotiations on the next round of assistance, but Democratic leaders are increasingly skeptical that the president’s plan will garner support from 10 Republicans needed to make it through the Senate.

House Republican leaders are urging their members to reject the budget resolution, citing the cost and “a liberal wish list of provisions unrelated to the ongoing pandemic.”

Certain parts of Biden’s plan, like a $15 minimum wage hike, might run afoul of restrictions on what is eligible under the so-called Byrd Rule, which requires legislation to have a significant effect on federal spending, revenues or the debt to be considered through the reconciliation process.

Progressives are pushing for Democrats to attempt sweeping policy changes under reconciliation, arguing that Republicans have previously done the same in using the budget tool to enact major GOP priorities like the 2017 tax overhaul. To accomplish a hike in the federal minimum wage, Democrats would need to either ensure the policy is written in a way that qualifies under reconciliation or overrule a Senate parliamentary decision.

Sen. John Cornyn (R-Texas) complained that overruling the parliamentarian would amount to a “back-door method” of eliminating the legislative filibuster.

While Congress already funded the government for the current fiscal year, Democrats technically never adopted a fiscal 2021 budget resolution, which includes instructions to kick off reconciliation.

Democrats could also unlock reconciliation again through a fiscal 2022 budget resolution to enact another economic stimulus or legislation on policies such as infrastructure, health care and climate change.