Democratic leaders dig in on minimum wage amid Senate resistance 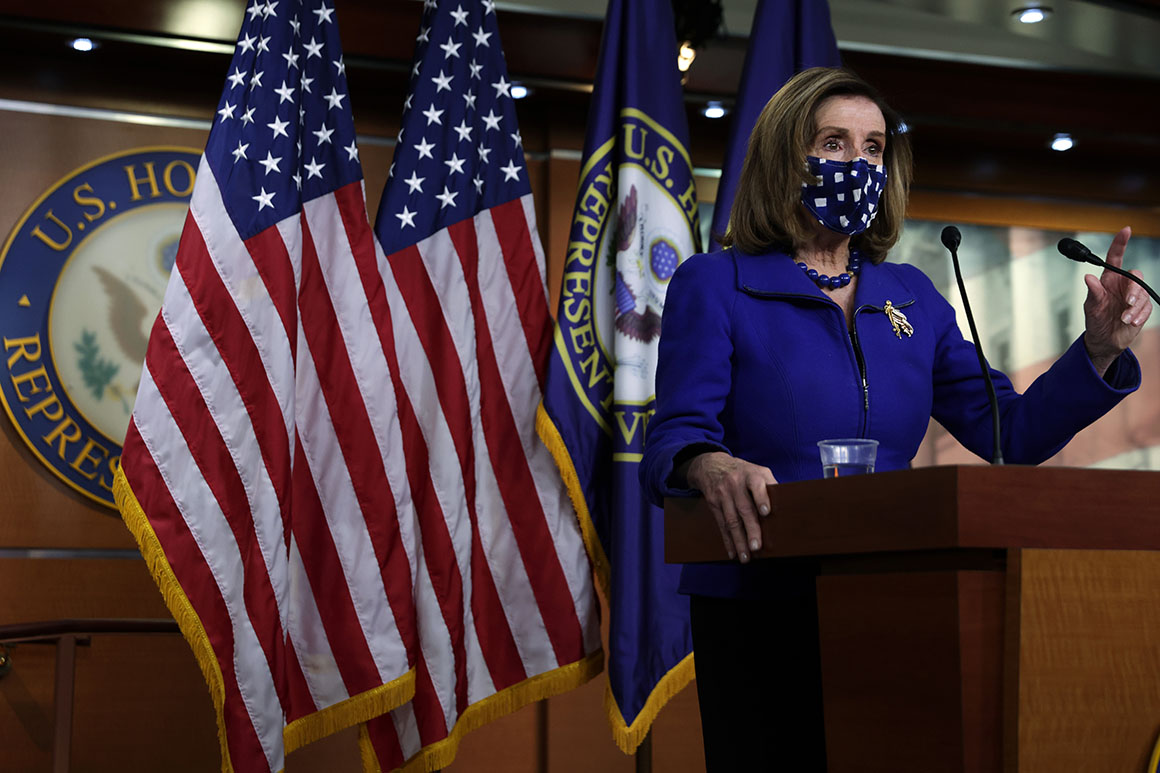 The fight to raise the federal minimum wage to $15 has been a top priority for progressives and labor unions for years. But it’s not clear the Senate parliamentarian will allow the wage hike to remain part of the bill under the budget process known as reconciliation, which allows Democrats to move forward on coronavirus relief without GOP support.

And even if the minimum wage hike does survive the Senate budget rules, it would require all 50 Senate Democrats to get on board. At least one, Sen. Joe Manchin (D-W.Va.), has already said he doesn’t support raising the minimum wage to $15 an hour, which is nearly double his home state’s current rate.

Senate Majority Leader Chuck Schumer (D-N.Y.) said Thursday that he was working closely on the issue with Sen. Bernie Sanders, chair of the Senate budget panel. The Vermont independent is leading the effort to ensure the minimum wage increase survives the so-called “Byrd bath,” an arcane process in which the Senate parliamentarian decides what items are eligible for a reconciliation bill.

“Senator Sanders and I are working very closely together to overcome the ‘Byrd bath’ and make sure we do everything we can to see that it survives,” Schumer said.

Sanders and his allies argue that the minimum wage hike should meet the parliamentarian’s requirement that it affects the federal budget, since the Congressional Budget Office has said it would reduce reliance on social services and increase tax revenue.

But privately, many senior Democrats in both chambers are skeptical that the minimum wage hike will pass muster under the Senate’s strict rules. Some members and aides are already discussing other opportunities to muscle the increase through both chambers, such as a jobs package that is expected to be Biden’s second major legislative priority, or another reconciliation bill this fall.

Biden himself expressed doubt in a recent interview that the $15 minimum wage would get through, something that Congressional Progressive Caucus Chair Pramila Jayapal described as a “gut punch.”

The minimum wage provision nearly didn’t make it into the House package as key parts were being finalized last weekend. Lawmakers and aides from the House Education and Labor panel had initially discussed keeping it out of the package, worried that it could jeopardize the bill by essentially nixing its special powers to pass with 51 votes in the Senate.

But Sanders’ aides and House committee aides convened a Sunday morning meeting to address some of those issues, with House leaders ultimately deciding to include the policy.

In the Senate’s fickle budget process, a single policy could trip up the entire package — an acute concern for Democrats as they race to pass Biden’s recovery bill and help halt the raging pandemic in the U.S.

One former Senate GOP aide with extensive budget experience, Hazen Marshall, said he was “skeptical” that several of the Democratic proposals could make it into the final reconciliation bill. He specifically cited the minimum wage hike and another policy on multi-employer pension reform.

“The parliamentarian will hold the House-passed bill to a high standard,” Marshall, who served as policy director for then-Senate Majority Leader Mitch McConnell as the GOP attempted to use reconciliation to repeal Obamacare and later, to successfully pass its tax cuts package.

“There are certain policies that, if not removed from the bill, could endanger its privileged consideration in the Senate,” Marshall said in an interview.