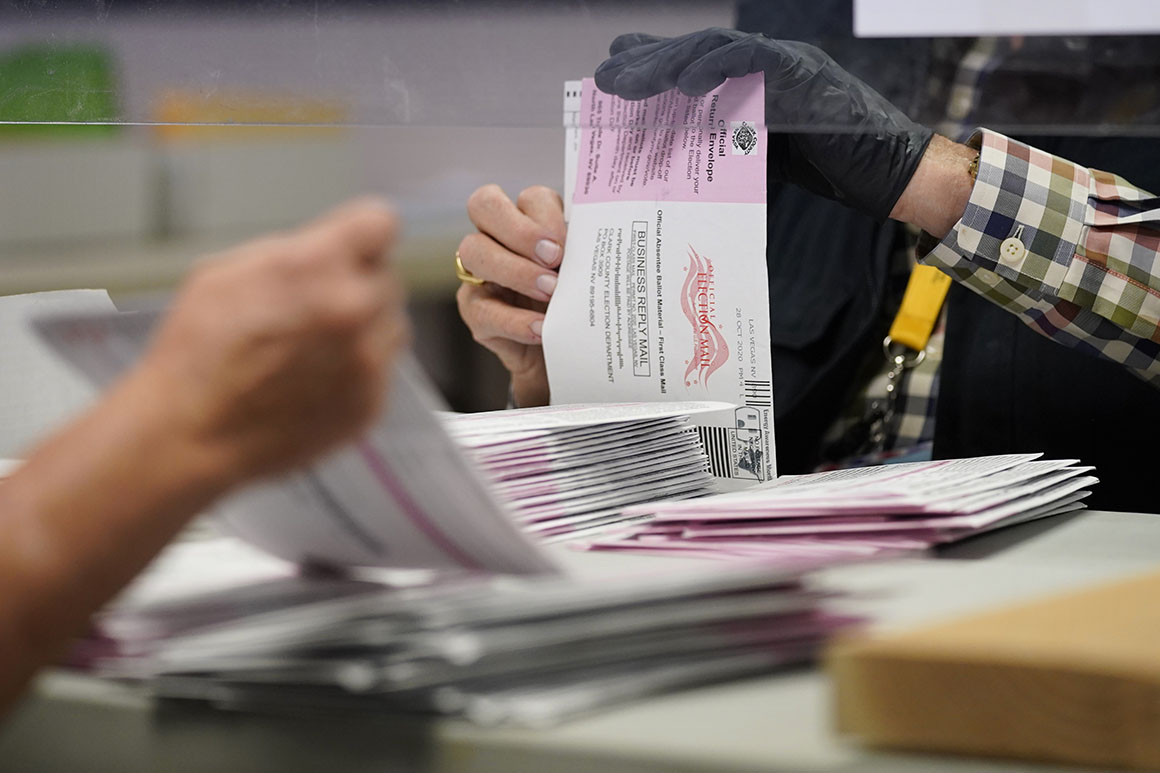 There’s no simple answer for why the polls have missed the mark in recent elections. But one likely culprit for some of the errors is the deteriorating public trust in institutions, like government and the news media — and the correlation between that wariness and voting for Trump. Between his public statements and Twitter account, the former president cast doubt on polling specifically, which the Democratic consultants suggested led to his supporters refusing to participate in surveys.

“Trump went after the polls,” said another Democratic pollster involved in the partnership. “He was really pretty overt to those that were listening about some of his distrust of polls or media.”

The 2020 election shattered turnout records — and since November, pollsters have been eagerly awaiting official information from the states about who voted, and who didn’t. That data is now almost entirely available, and there are clues hidden within.

The Democratic pollsters, who typically compete against each other for business, acknowledge that Trump was able to activate large numbers of voters who had turned out less reliably in the past. Looking at one state where the polls were off — Iowa, where Trump beat Biden handily and what had been seen as a toss-up Senate race went decisively for incumbent GOP Sen. Joni Ernst — Republicans classified as “low-propensity voters” turned out at four times the rate of Democrats in that category, according to the Democratic memo.

“This turnout error was clearly one factor in polling being off across the board, but especially in deeply Republican areas,” the memo reads. “It also meant, at least in some places, we again underestimated relative turnout among rural and white non-college voters, who are overrepresented among low propensity Republicans.”

But sky-high turnout for Trump among irregular voters only explains a small slice of the problem, the pollsters concluded. Even if the polls conducted last year were properly adjusted for future turnout, they still would have been biased toward Democrats.

The memo floats at least three possible causes: late movement toward Trump and Republican candidates that polls conducted in the run-up to the election failed to catch, the Covid pandemic causing people who stayed home to answer the phone at a greater rate than those who did not follow restrictions, and the decline of social trust and faith in institutions.

But there’s little clarity about how significant each of those hypotheses was.

“While there is evidence some of these theories played a part, no consensus on a solution has emerged. What we have settled on is the idea there is something systematically different about the people we reached, and the people we did not,” the memo reads. “This problem appears to have been amplified when Trump was on the ballot, and it is these particular voters who Trump activated that did not participate in polls.”

Some Democrats believe these errors are a direct Trump effect — that he is a singular force in politics, engendering extreme opinions on both sides — and it will fade if he’s no longer a candidate.

“I don’t think we know what it is. I think we still have a lot of work to do to figure it out,” one pollster said. “I’m marginally optimistic that if Trump is on the ballot in ’24 that we can fix it. I don’t know. If he’s not, I do think a lot of it could resolve itself.”

The Democratic effort stands in contrast to the last major review of a party’s polling practices. Following the 2012 election, the Republican National Committee’s so-called “autopsy” — best known for its recommendation that party leaders moderate their views on immigration and other social issues — included a list of best practices for pollsters, who were also summoned to party headquarters for discussions.

The five Democratic firms that signed onto the memo are ALG Research, Garin-Hart-Yang Research Group, GBAO Strategies, Global Strategy Group and Normington Petts. Together, they are five of the top six polling firms working for the Democratic Party apparatus, along with Greenberg Quinlan Rosner Research, according to financial disclosure reports. ALG Research was Biden’s lead pollster in last year’s election.

Participants in Democrats’ review said the process — which, unlike the GOP’s 2012 effort, was not dictated from party officials — was collegial, despite the fact that the five firms compete against each other for business.

“One should feel comfortable talking to your competitors because, ultimately, we all want the same thing,” said a third participant. “We all want a useful way to help give guidance to Democratic candidates and progressive causes.”