De Blasio looks to Legislature, not Cuomo, in push to reopen city 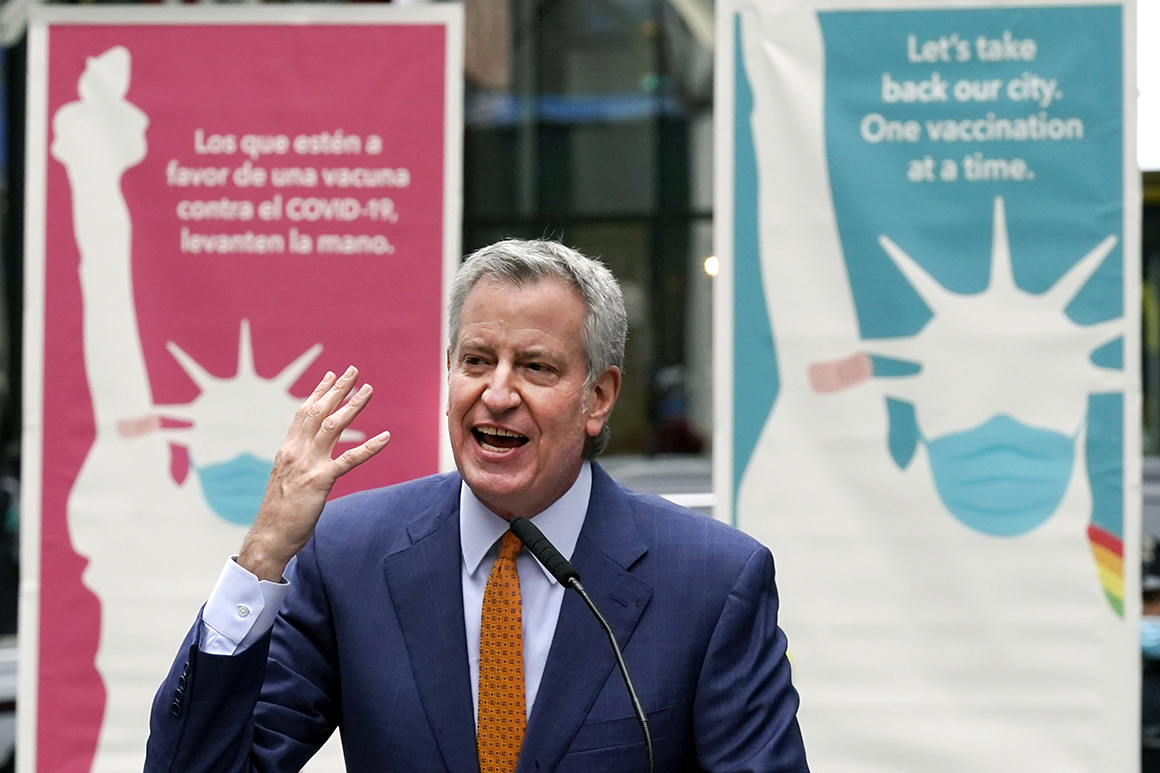 Under the mayor’s plan, offices, restaurants, bars, stadiums, theaters, museums, retail stores, hair salons and gyms will all be able to operate with no capacity restrictions on his target date. Those venues have all been allowed to reopen gradually, but only at a fraction of their normal capacity.

De Blasio also called for the state to restore 24-hour subway service by that date, ending the current 2 a.m. to 4 a.m. closure for cleaning.

But Cuomo, who throughout the pandemic has clashed with de Blasio repeatedly over what rules should govern life in the city, asserted his authority to choose a date and said he hopes to move sooner than July.

“I don’t want to wait that long. I think if we do what we have to do, we can be reopened earlier,” Cuomo said at a press conference in Buffalo. “I am reluctant to make projections, because I think they’re irresponsible … What happens in May? What happens in June?”

The city has given out 6.4 million doses of the Covid-19 vaccine so far, inspiring officials’ confidence that the disease will have receded enough for a safe summer reopening.

On Thursday, the city reported 1,354 new coronavirus cases and a positive test rate of 3.18 percent, some of the lowest numbers the city has seen in months and which continue to drop steadily. Hospitals admitted 97 new patients.

“We have to keep getting vaccinated,” de Blasio said. “We need to keep the momentum going. This is exactly how we get to the full reopening we’re all looking forward to.”

The mayor said he hadn’t been in touch with Cuomo, who has been rocked by a litany of scandals. But he indicated the state Legislature, which in recent days has begun overruling the scandal-scarred governor’s pandemic executive orders, might give him the green light if Cuomo won’t.

“The balance of power shifted a lot in Albany,” de Blasio said. “I think the Legislature is running the State of New York and thank God for it.”

The Legislature voted on Wednesday to repeal a mandate imposed by Cuomo requiring customers to buy food if they’re getting an alcoholic beverage.

Lawmakers have rolled back Cuomo’s authority to issue new emergency orders going forward, but allowed existing ones to stay in place — and Cuomo to modify them — unless the Assembly and Senate specifically overrule him. De Blasio repeated his call Thursday for the governor’s emergency powers to end entirely and for full local control to be restored.