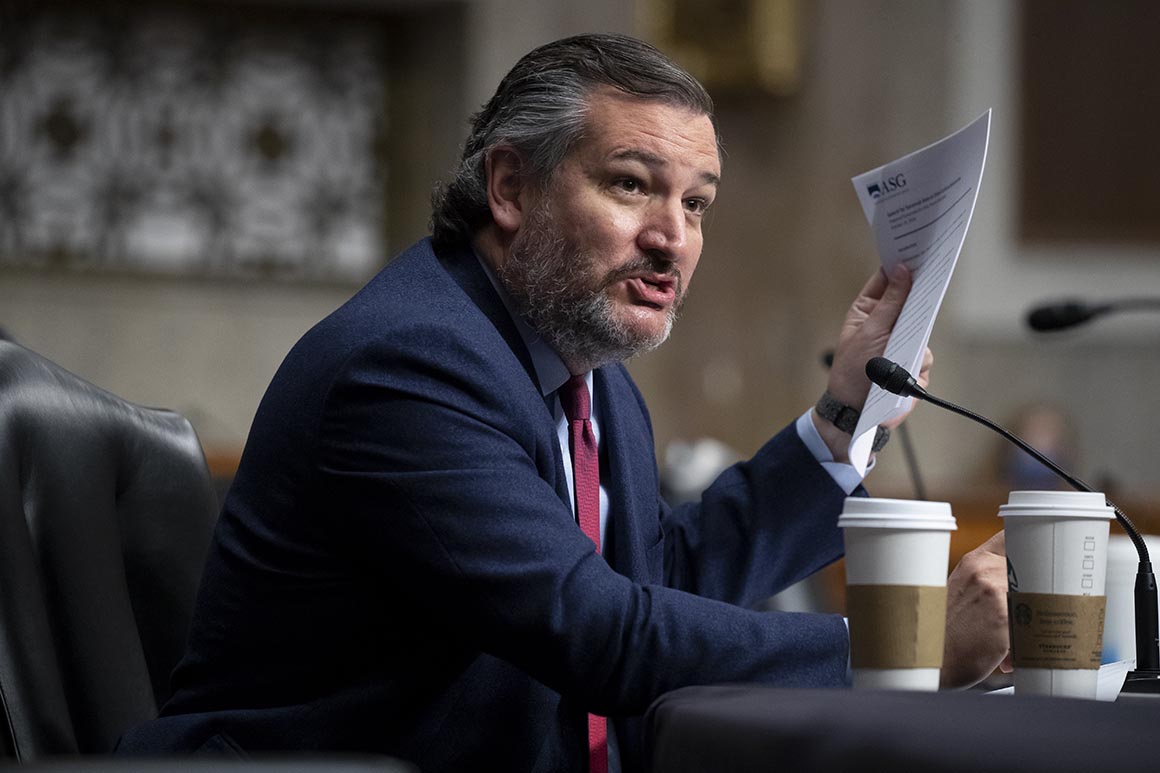 Procedural move: Cruz is utilizing a committee rule that allows any member to delay consideration of an agenda item for one business meeting. That will push Thomas-Greenfield’s committee confirmation vote back only one day, since the Foreign Relations Committee has scheduled back-to-back meetings Wednesday and Thursday.

“We have a backup business meeting in place for Thursday with this in mind,” said a spokesperson for the top Democrat on the committee, Sen. Bob Menendez (N.J.). The Biden administration did not immediately comment.

Impeachment trial looms: Cruz is hopeful that the delay will mean the full Senate will not be able to vote on Thomas-Greenfield’s nomination before the body dives into its impeachment trial for former President Donald Trump. Senate leaders still have not agreed on whether lawmakers will be able to conduct other business during the trial, slated to start on Monday.

Senate Majority Leader Chuck Schumer could push the nomination through by keeping lawmakers in town over the weekend, but that may be unpopular among members before another grueling trial begins.

Symbolic statement: The move is unlikely to sink Thomas-Greenfield’s nomination, which is expected to win support from both Democrats and some moderate Republicans when it reaches the floor. But Cruz wants to bring attention to what he sees as President Joe Biden’s nominees taking a more conciliatory approach to Beijing than the Trump administration. He previously made a similar move to delay a Trump nominee to head the National Telecommunications and Information Administration over questions of internet governance issues.

Cruz China concerns continue: Cruz previously raised similar concerns over Commerce Secretary nominee Gina Raimondo after she declined to commit to keeping Chinese technology firms like Huawei on her department’s blacklist. Raimondo has since recanted in written responses ahead of her committee vote Wednesday.

And Cruz also pressed Secretary of State Tony Blinken on whether he would push to keep Chinese surveillance firms on that blacklist for their role in human rights violations in the Xinjiang region, which the the State Department has labeled a genocide.

What’s next: The Foreign Relations Committee will likely not meet Wednesday, as the nomination vote was its only agenda item, but will pick back up Thursday with a vote.