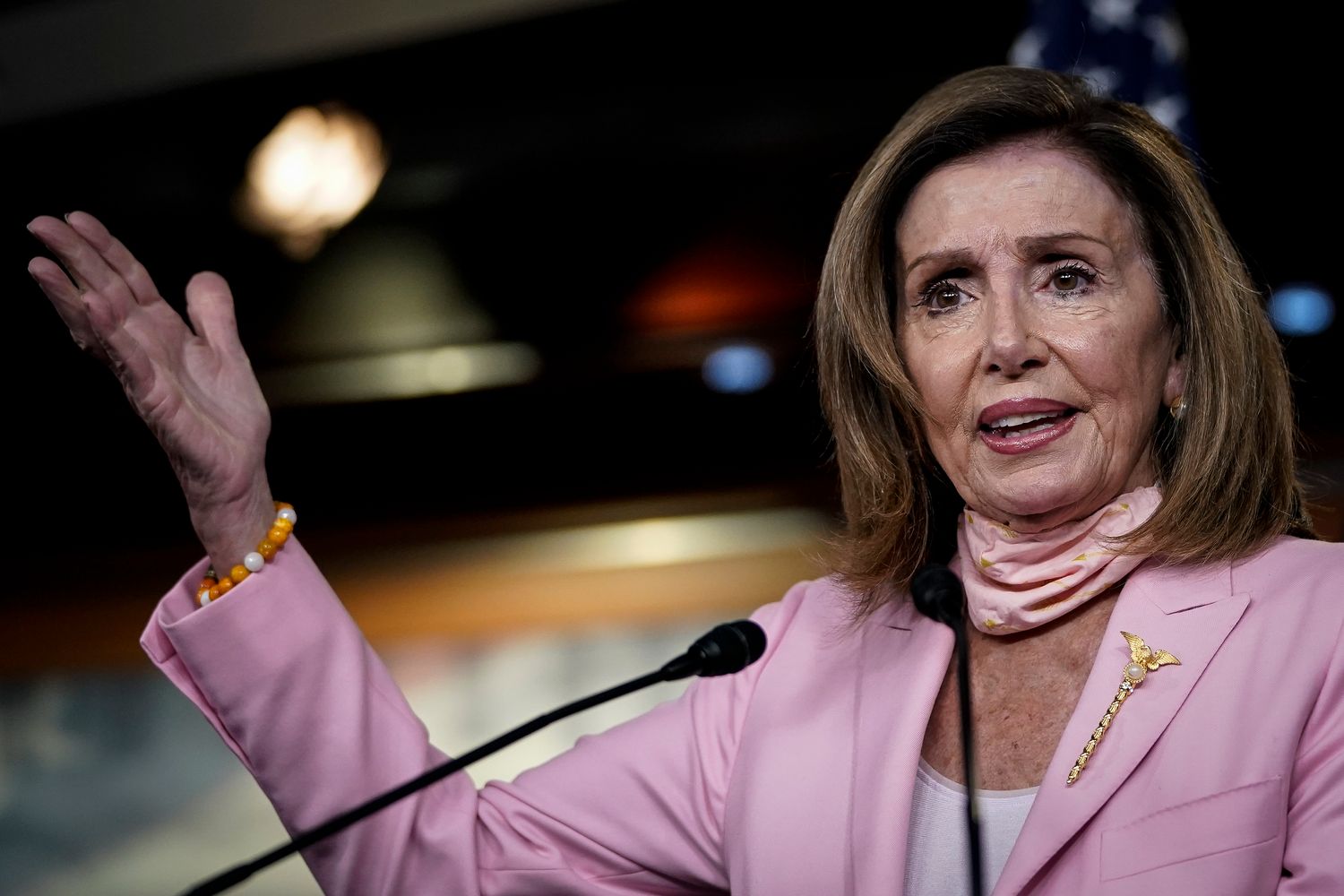 Congress’ push to deliver its next coronavirus relief package is facing a massive new hurdle: the national fight over reopening America’s schools.

President Donald Trump’s demands for in-person education this fall — despite a resurgence of Covid-19 cases in dozens of states — has emerged as another partisan flashpoint in Washington, with both parties split over the path to restoring normal life in the U.S. with the coronavirus still largely unrestrained.

The terms for expansive funding for education will now likely to be a central component of the next $1 trillion-plus package, along with soon-to-expire jobless benefits and additional stimulus checks. While the federal government can’t set procedures for local school districts, Republicans and Democrats are eager to use the package to help shape how the nation reopens schools for millions of students.

“Everyone wants to see schools open,” said Sen. Doug Jones (D-Ala.), a member of the Senate Committee on Health, Education, Labor & Pensions, whose own proposal would provide federal grant money to help schools reopen. “The unfortunate thing is that the president doesn’t use the word ‘safely’ in front of ‘opening.’ And I think that that’s the key.”

Trump’s closest allies, meanwhile, are downplaying the dangers of the virus for school-age children, with Freedom Caucus member Rep. Morgan Griffith (R-Va.) declaring Thursday that “the risk is extremely low that anything will happen to them” if they don’t have underlying conditions. He said the risk would also be low for school staff under the age of 60.

As Congress begins to assemble its next package, Senate Republicans are considering incentives for schools to fully reopen safely, according to a GOP aide. Republicans in both chambers are also demanding liability protections for schools that reopen full time and have begun to float a special school voucher that would give parents “flexibility” with their federal education dollars — an idea that’s likely to be a nonstarter for Democrats.

“You want to protect the students, you want to protect the schools from liability. We want to give flexibility to the parents for the use of their money,” House Minority Leader Kevin McCarthy (R-Calif.) told reporters Thursday, laying out what is expected to be at least some of the GOP demands in the next package.

“If we have found ways for restaurants and casinos and others to reopen, we must find ways for our day cares and our schools to reopen,” McCarthy said.

But Democrats argue the bigger focus should be on delivering cash to struggling school districts to help open safely, which many believe will either be fully online or a combination of remote and in-class learning. That price tag, they say, could be tens — if not hundreds — of billions of dollars, a figure Republicans have balked at in earlier Democratic bills.

One proposal from Senate Democrats would include nearly $350 billion to help schools and universities reopen safely, which could be used for purposes like purchasing personal protective equipment or cleaning buildings.

"Everybody I know wants to open up the schools," Speaker Nancy Pelosi said Thursday. "But it has to be safe for the children.”

"We don’t want our children to take risks to go to school," she added.

Senate Majority Leader Mitch McConnell (R-Ky.) is making it clear that reopening schools will be a priority in the next coronavirus package. Speaking in Kentucky this week, McConnell said the U.S. "cannot get back to normal if the kids are not back in school.”

The thorny debate over how to reopen schools comes as the Senate is preparing to negotiate the next major — and perhaps final — coronavirus relief package before the August recess. While the Senate passed a $2 trillion coronavirus relief package unanimously in March, party leaders are more worried about reaching a compromise as the politics of the pandemic have grown more divisive.

Further complicating the debate over the relief package, Congress also faces looming deadlines that affect millions of Americans: Extra unemployment benefits will lapse at the end of July, as will federal protections from evictions.

And the circumstance remain uncertain, with the U.S. caseload continuing to surge and some state leaders, especially in the South and Southwest, pulling back their plans to reopen their economies.

Many Senate Republicans say they largely agree with Democrats that Congress should give federal dollars to help schools cover the costs of reopening, which could include covering health needs such as face masks, or making up for gaps in learning due to the coronavirus. Sen. Lamar Alexander (R-Tenn.), who chairs the Senate HELP Committee, is also urging more testing.

But some in the GOP are taking a more hard-line approach. The conservative House Freedom Caucus on Thursday held a news conference with several physicians who criticized the Centers for Disease Control and Prevention’s guidelines on reopening learning facilities and urged schools to resume in-person teaching this fall.

Several of those Republicans argued that children are less likely to transmit the virus — a claim medical experts are still studying — and said keeping children at home could cause more risk than the virus itself.

“The bottom line is that it’s safe for children to go back to school. It is not safe for them to remain at home,” Rep. Andy Harris (R-Md.), a physician by training, told reporters Thursday. “It’s time to get the economy going, get children back to school, get their education back on track.

So far, Republicans have declined to back Trump’s threats this week to cut off funding for schools that remained closed for in-person classes. Education Secretary Betsy Devos on Thursday walked back similar comments, and instead pitched an educational voucher of sorts that would allow parents more flexibility to choose schools that do plan to reopen in person.

“I would be shocked if Senate Republicans as a whole took the position, open them back up regardless or you’re not getting any money,” Jones said. “I would really be stunned. I have not seen that attitude with any of my Republican colleagues.”

Many Senate Republicans acknowledged that reopening schools to in-person learning would require money as well as clearer guidelines from health agencies. McConnell has urged that CDC guidelines be followed. They include requiring children to wear masks and keeping desks a safe distance apart.

Sen. Pat Roberts (R-Kan.), a member of the Senate HELP Committee, said Thursday that he is waiting on more information from the CDC before reaching a conclusion on how to reopen schools.

Roberts warned that if people go to school and then get sick “you’re back to square one trying to get a hold of the virus.” But he added, “If you do not let youngsters, especially in the elementary side, get back to school where you’re missing a whole year, or half a year, anyway … that’s pretty damaging.”

Senate Democrats have offered their own $430 billion proposal to address school reopening and child care, led by Sen. Patty Murray of Washington, the top Democrat on the HELP Committee, and Senate Minority Leader Chuck Schumer (D-N.Y.). Their bill includes a $345 billion educational stabilization fund that would provide money to universities and K-12 schools to assist with financial aid and with meeting public health requirements.

“As a mom, and a grandmother, the thought of using students’ safety as a bargaining chip is truly appalling — and I hope Senate Republicans don’t stoop to that level just because the President wants to,” Murray said in a statement this week.

Michael Stratford contributed to this report.

How To Dress Well: The 15 Rules All Men Should Learn