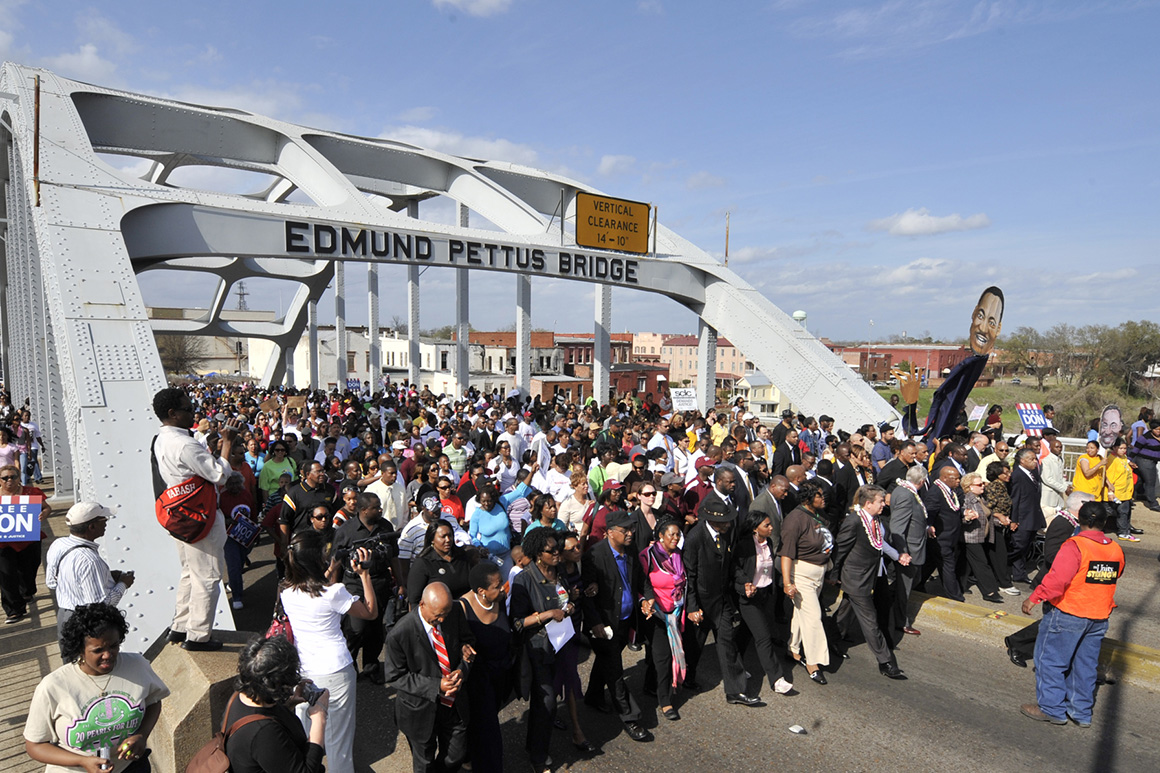 Rep. Jim Clyburn called for Edmund Pettus Bridge to be renamed for John Lewis, the late civil rights icon who was marching during “Bloody Sunday” when peaceful demonstrators were beaten there by Alabama state troopers in 1965.

“Edmund Pettus was a grand wizard of the Ku Klux Klan. Take his name off that bridge and replace it with a good man, John Lewis, the personification of the goodness of America, rather than to honor someone who disrespected individual freedoms,” Clyburn (D-S.C.) said in an interview on NBC News’ “Meet the Press” to be broadcast in full Sunday.

Lewis, who died Friday after a battle with cancer, had his skull fractured by police in Selma, Ala., while leading marchers across the bridge toward Montgomery. The state troopers assailed the demonstrators with tear gas and clubs after the march leaders stopped to pray.

Images of the peaceful demonstrators, including Lewis, being beaten by police circulated widely in the days and weeks following the events and still resonate today.

Lewis, who later served more than three decades in the House, had returned to the bridge annually to reenact the march with fellow lawmakers and community leaders.

The call from Clyburn, the House majority whip and senior member of the Congressional Black Caucus, adds momentum to longstanding efforts to rename the bridge. Pettus, its namesake, was a Confederate brigadier general and U.S. senator before becoming the grand wizard of the Alabama Ku Klux Klan.

The renewed push comes as the debate over monuments to the Confederacy amplifies in the wake of nationwide protests against systemic racism and police brutality.

“I think they will take a nice picture of that bridge with Pettus’ name on it, put it in a museum somewhere, dedicate it to the Confederacy, and then rename that bridge, and repaint it — redecorate it — the John R. Lewis Bridge,” Clyburn added. “I believe that will give the people of Selma something to rally around.”